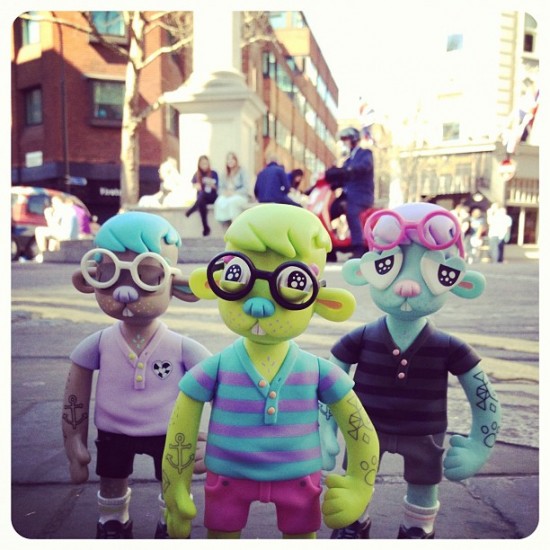 Here’s my fourth and biggest Instagram Round-up. It was a great week for toy “iPhoneography” with artists and collectors reporting in from London,  LA, Sacramento, Düsseldorf and Bali. There’s old toys, new toys, work-in-progress and collaborations. Click through for 21 photos including KAWS, Camille Rose Garcia, Circus Posterus, Ferg, The Elephant Man, Rihanna, Garfield and Care Bears. Have a great weekend! 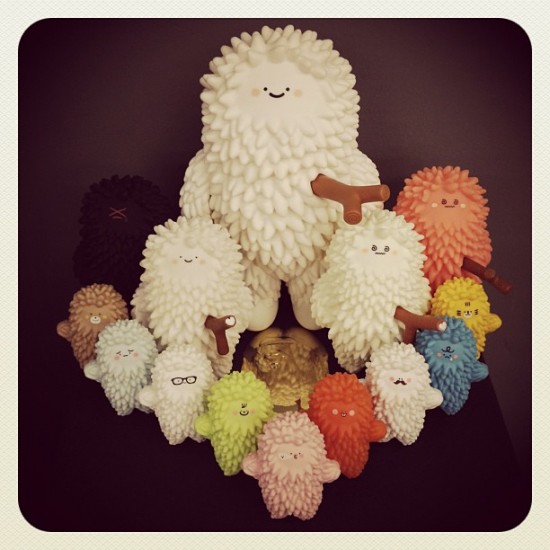 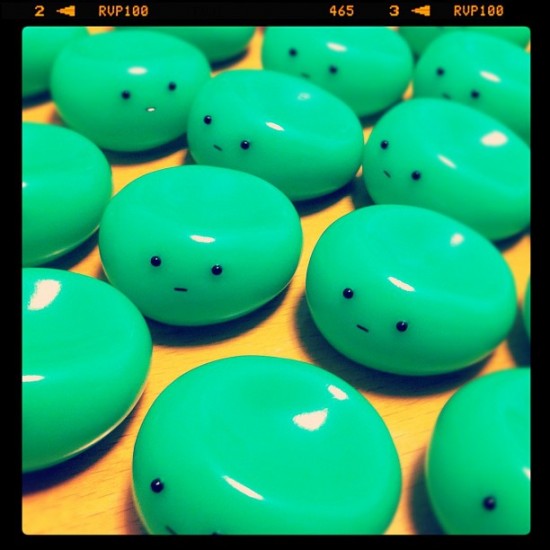 Something cute and green by @chimagroup 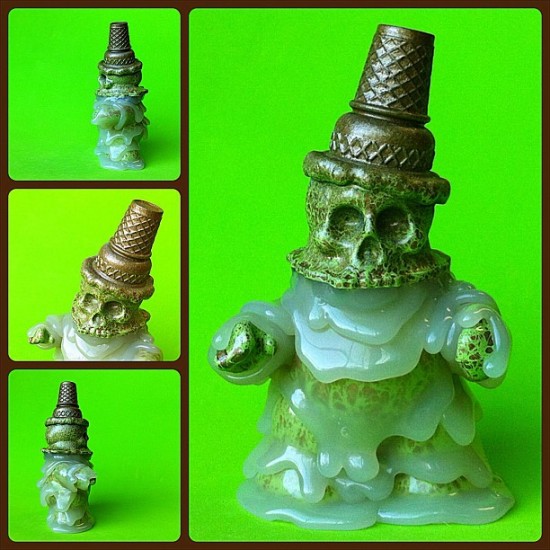 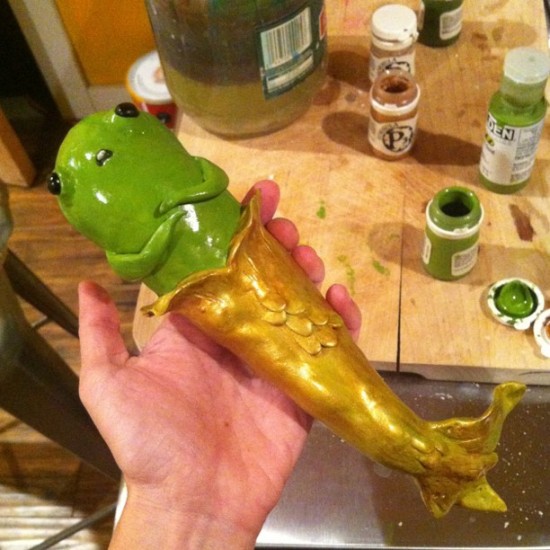 Work in progress by @sawdustbear 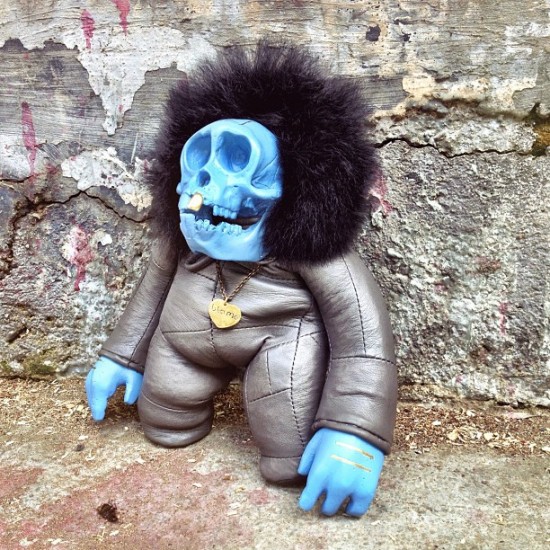 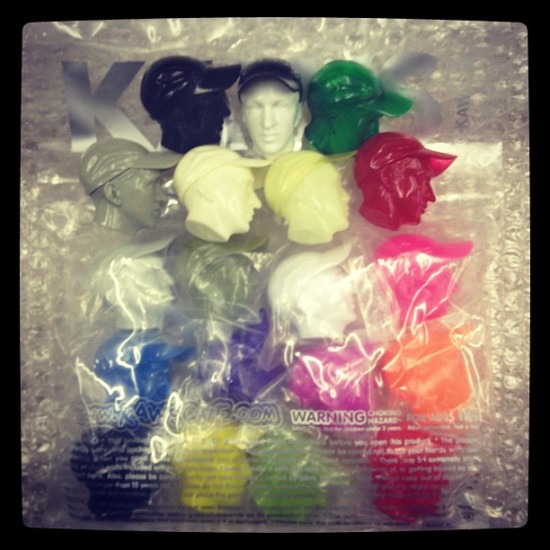 A bag of beheaded Brian Donnelly aka KAWS. Photo by @toykio 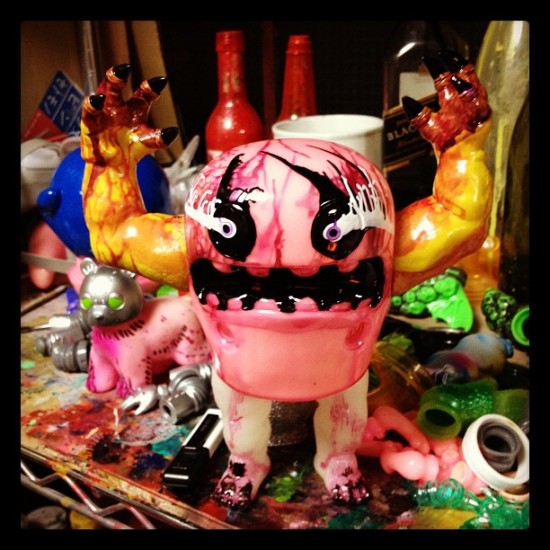 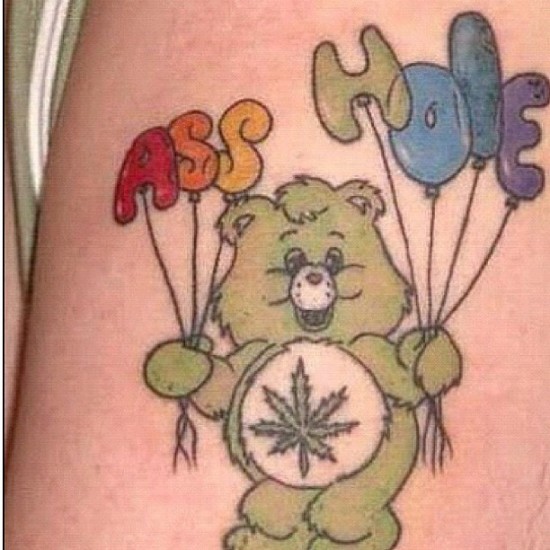 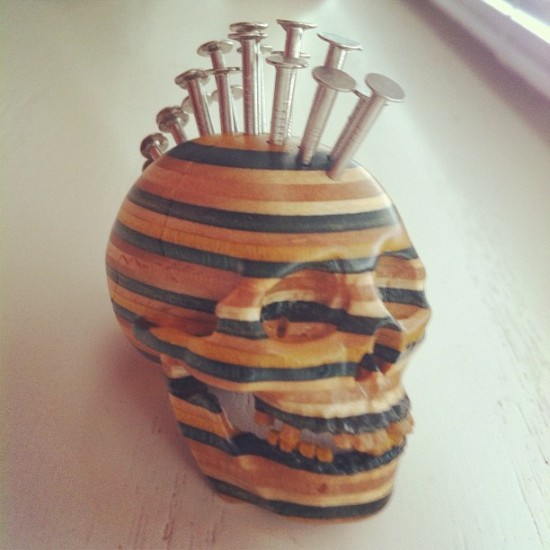 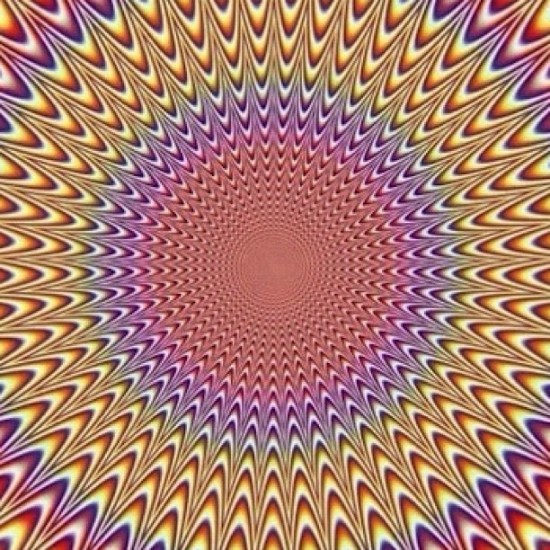 This is not a gif. Trippy. Photo by @juxtapozmag 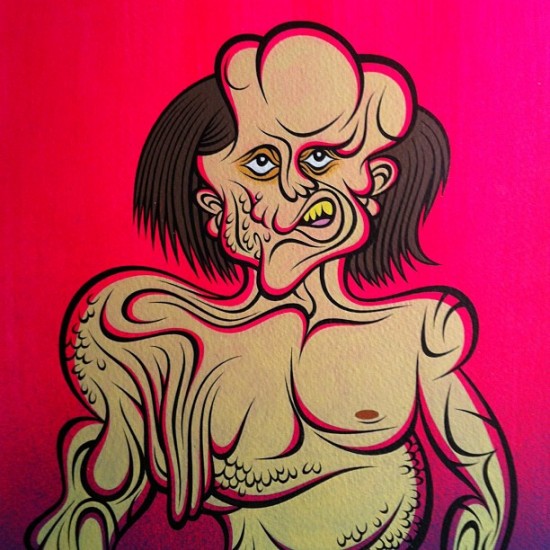 Portrait of the Elephant Many by @martinheadrocks 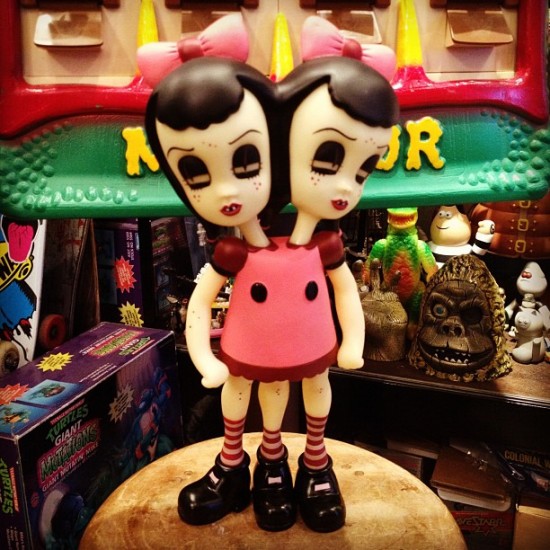 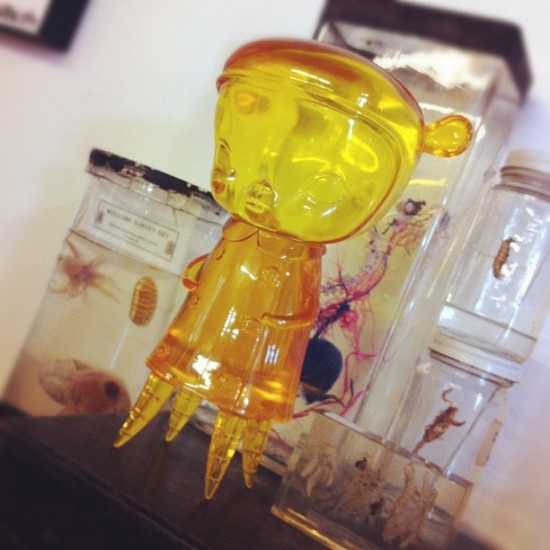 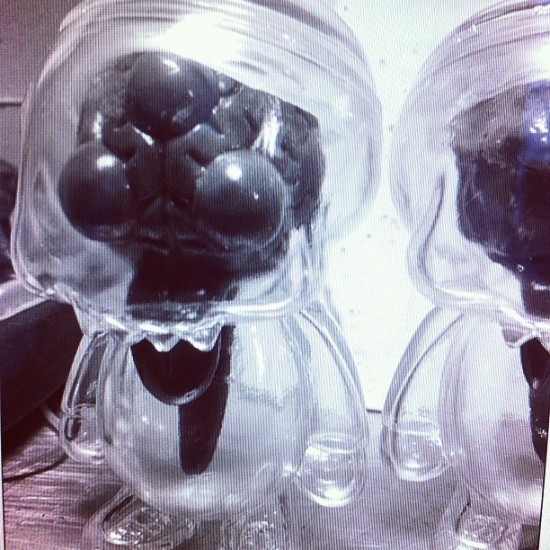 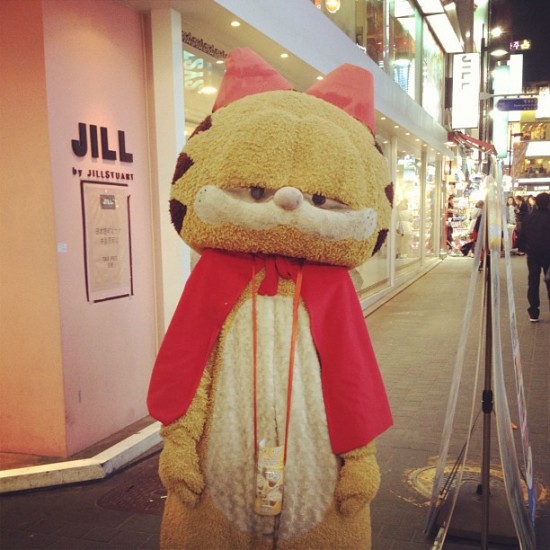 Garfield is looking a bit tired. Photo by @friendswithyou 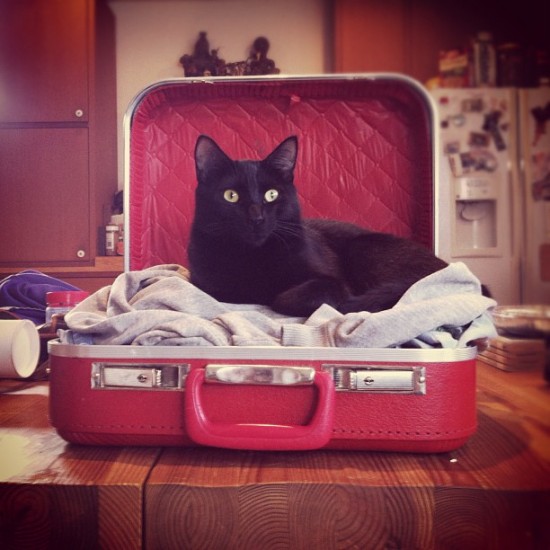 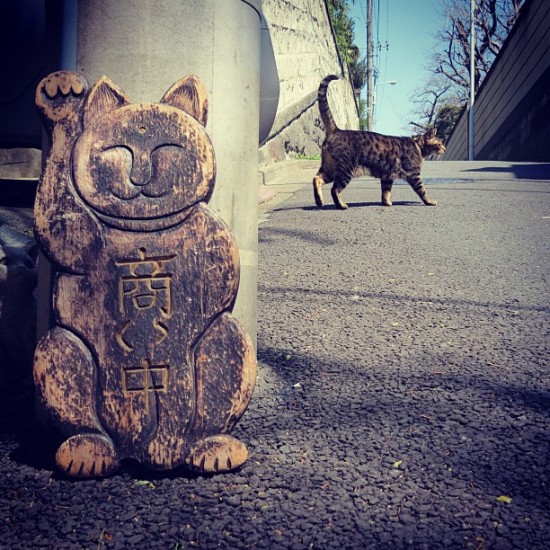 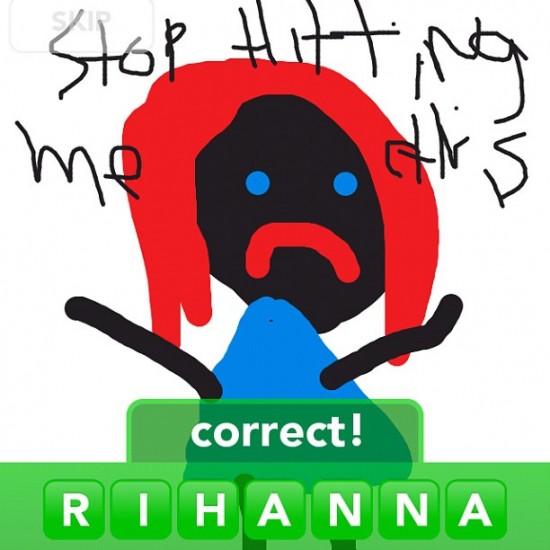 Draw Something: Rihanna by @liverdiet 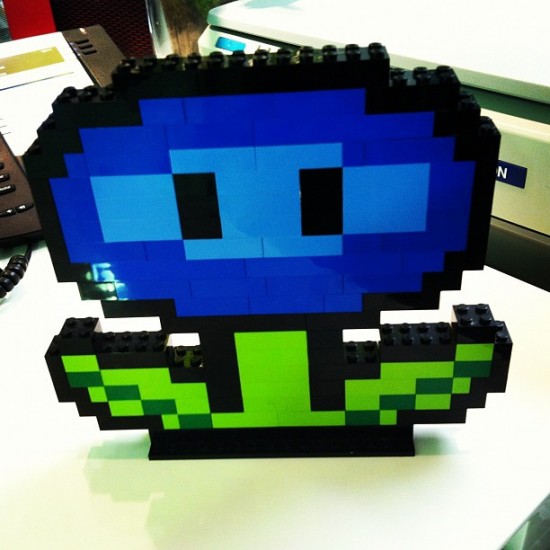 Lego flower by Kayla Suavillo. Now in the collection of @vannenwatches. 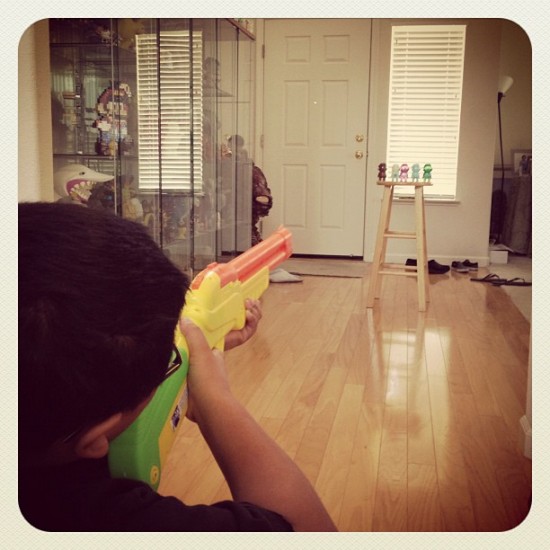