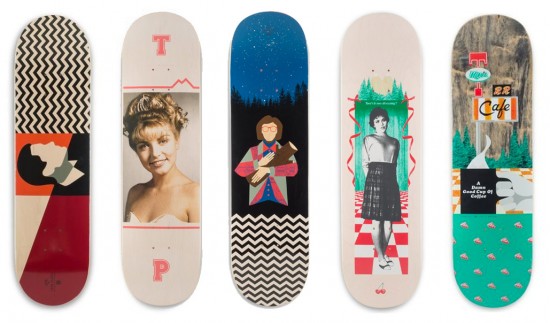 Twin Peaks wasn’t too heavily merchandised in its heyday circa 1990: T-shirts, trading cards, that sort of thing. Twenty-seven years later, the game has changed, and the floodgates have opened. A few weeks back, I posted about the new Twin Peaks action figures and vinyl toys. What have we got on deck for today? Well, decks…skatedecks: David Lynch and Habitat collaborated on a damn fine series of Twin Peaks skateboards. 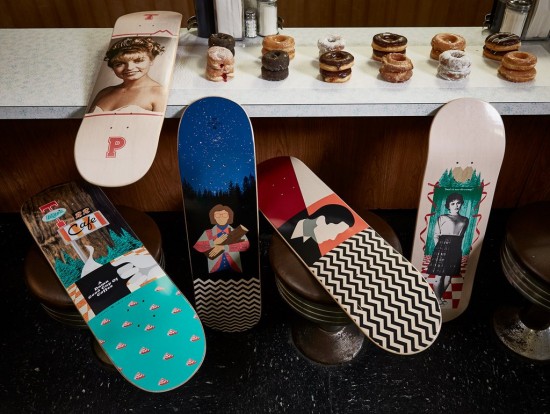 The decks feature some great graphic design by an unnamed/unsung designer, who I assume is internal to Habitat. Completists will want to order the full set of six Twin Peaks skateboards, which includes artwork of Agent Cooper (two colorways), Audrey Horne, Laura Palmer, The Log Lady and the Double R Diner. 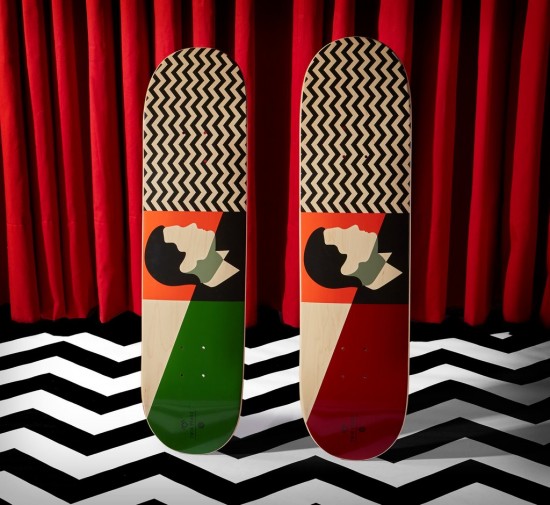 As for specs, the decks are made of North American hard rock Canadian maple with a blood red to natural woodgrain veneer fade top graphic. No bootleg boards here, these are all under license by CBS Consumer Products and Twin Peaks Productions. 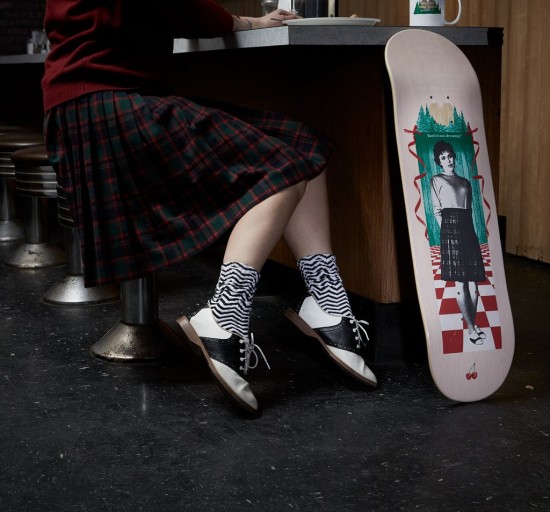 I particularly like how Habitat built out the campaign for these boards, using models to replicate the silhouette of Cooper, the skirt and saddle shoes of Audrey, and the cardigan and clutch of the Log Lady. Of course, the elaborate photoshoots were probably just a mechanism for product placement, as Habitat is also selling the Twin Peaks shirts, mugs and pins in the pictures. 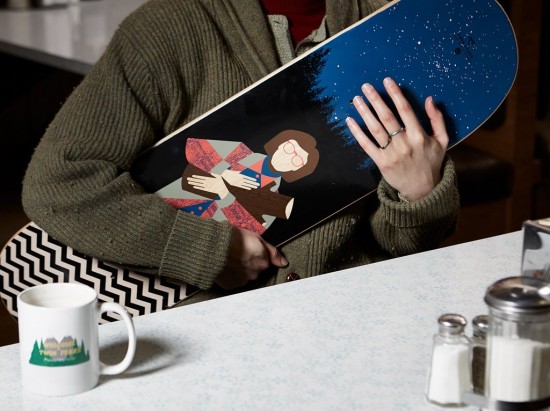 The Habitat x Twin Peaks skateboards are priced at $54.99, and they ship on March 27th. That gives you plenty of time to wear one in (or hang one up as wall art) before the new season of Twin Peaks airs on Showtime on May 21st. 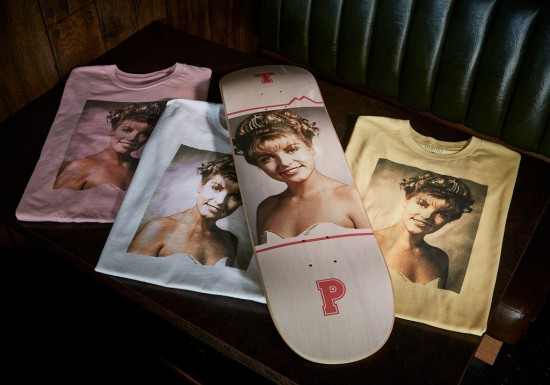 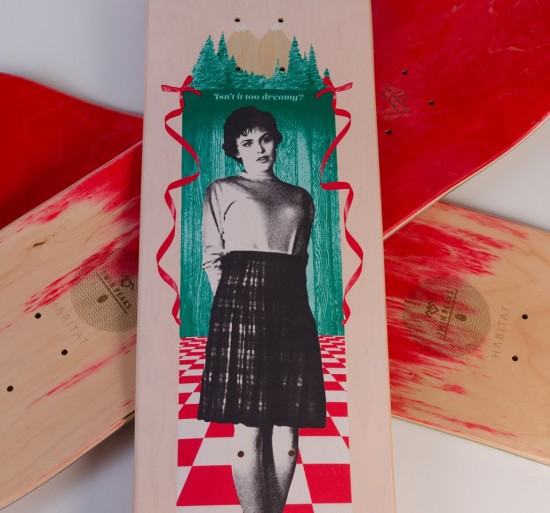 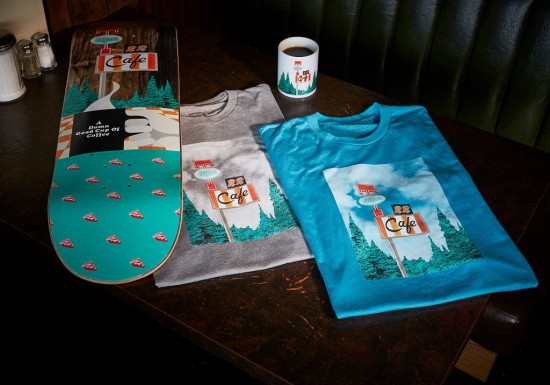