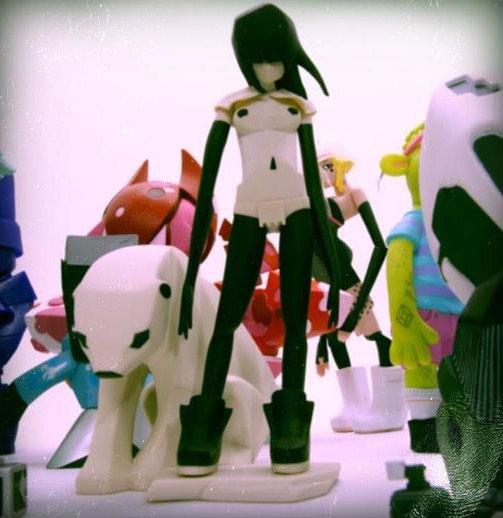 When I first saw this figure, I was on the fence about it. At first glance (and certainly influenced by its name), it struck me as more “anime” than I usually skew toward in my own collection. But over the last couple weeks, as I saw further pictures of Ajee‘s Kosplay, I began to see beyond my initial judgment, and the figure is really quite stark and beautiful and impressive.

There’s a story going on here. A story between a nearly-naked woman and a polar bear. What’s particularly interesting to me about Kosplay is that the relationship between the two figures appears to change depending on how they’re arranged. Is the female figure protective? Shy? Sad? Aloof? Is the bear wounded?

Ajee, who hails from France and is known for her previous abstracted anime vinyl toy, Skullskin, plans to release at least three colorways of Kosplay: a black & white edition, a colored GID edition and an all-black edition.

One other fun fact about this piece: Kosplay bears more than a passing resemblance to its creator. Ajee recently flew to New York for Comic-Con, and SpankyStokes snapped this photo (more pics here). Kosplay is being released through BonusToyz’ sister-brand, ExtendedPlayz. (Oh those French and their love for the letter “Z”!) Incidentally, ExtendedPlayz is also the producer of Jon Knox’s Cody, another vinyl that happens to look like its artist. 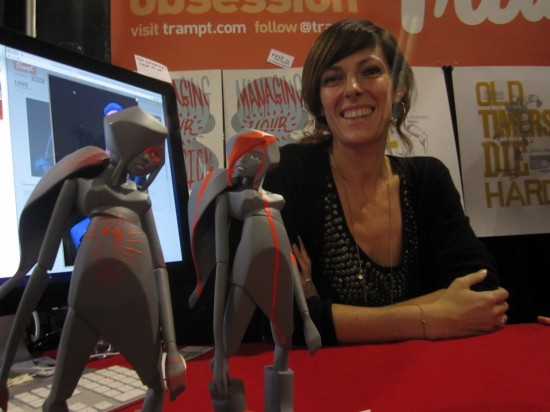 Click through for lots more photos of Ajee’s Kosplay, including sketches, watercolor studies, prototypes and one possibly NSFW pic of vinyl toy nudity. 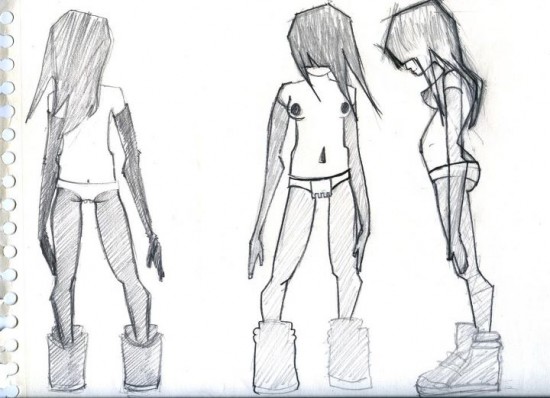 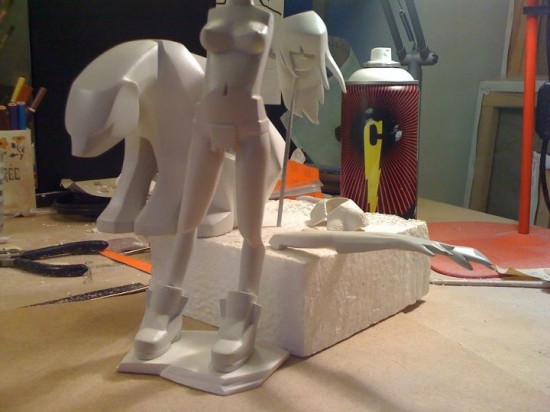 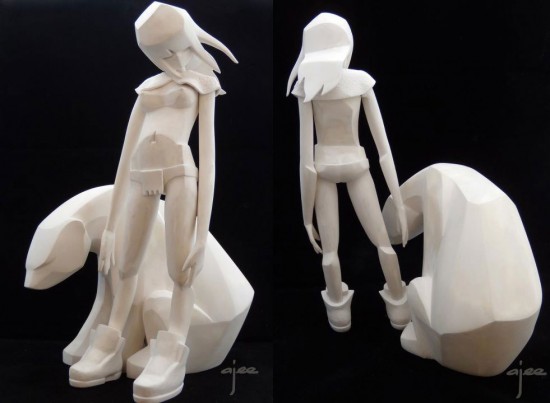 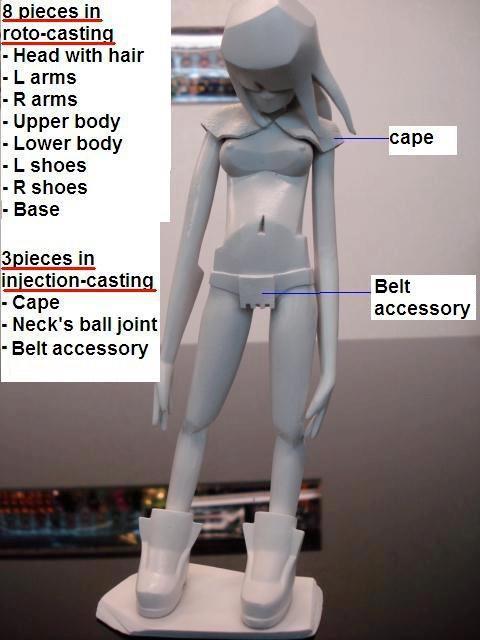 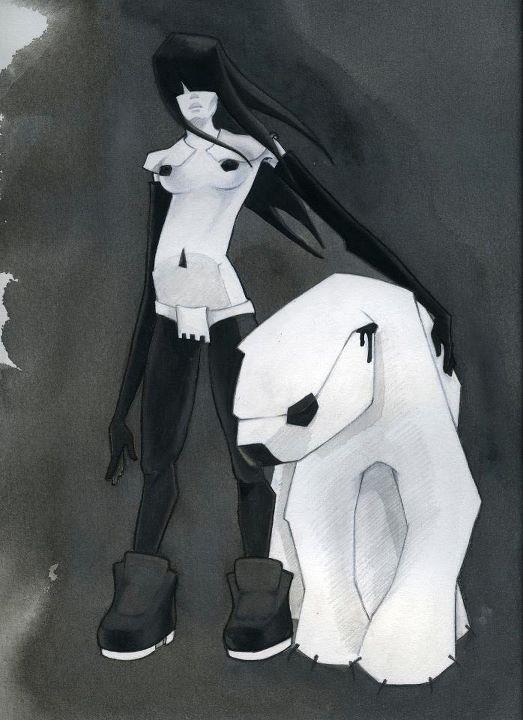 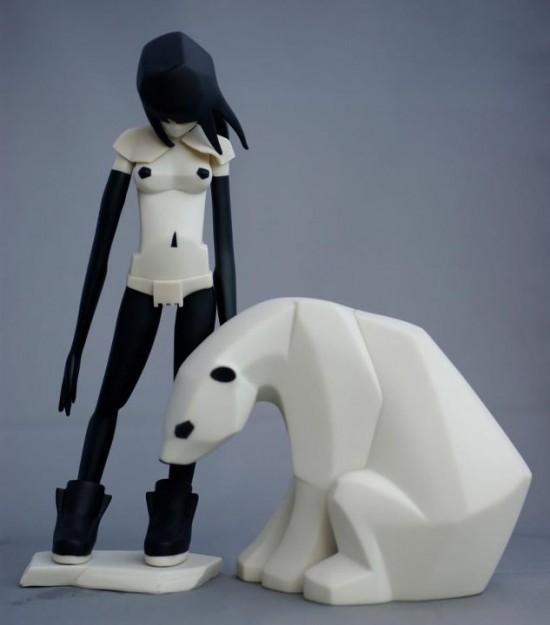 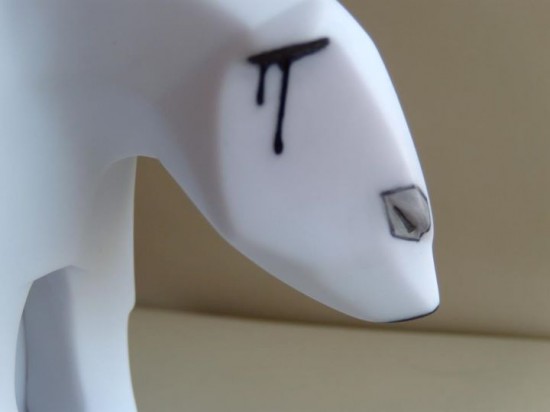 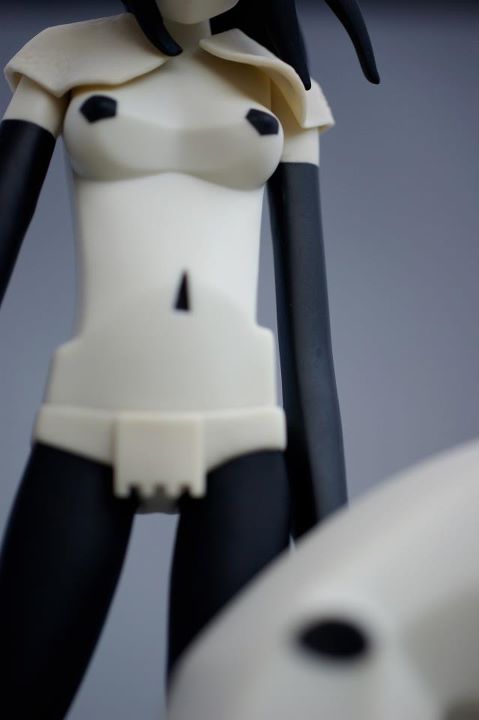 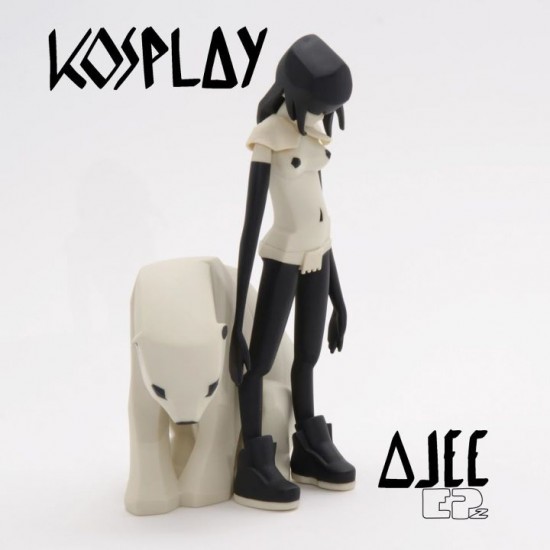