The Art Hustle is a boutique trading card series featuring contemporary artists and related personnel. Now in its 3rd series, The Art Hustle cards include an elite international group of Illuminati working in a variety of disciplines including street art, toy art, illustration, painting, sculpture, aerosol art, tattoo art, digital art, film, photography, blogging, curating, retailing and wheeling and dealing. The cards themselves are throwbacks to the classic wax packs of our youth. Each card has interesting trivia, and each case contains randomly inserted autographed and customized art cards. 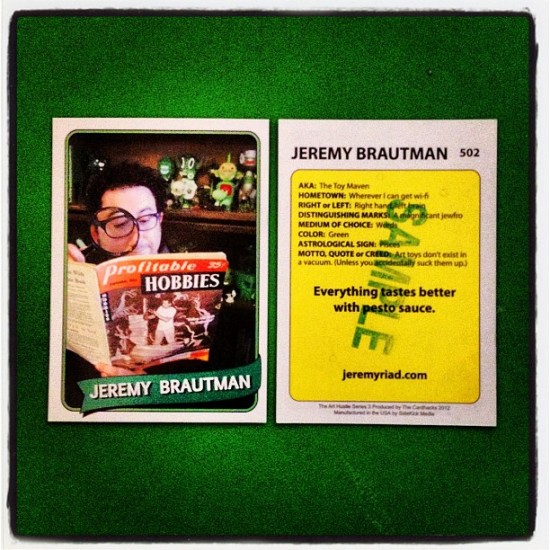 I WAS INVITED TO BE IN THE ART HUSTLE SERIES 3! It’s a dream come true. I bet my dad will now understand what I do  with my time! Here’s a preview of my card. You could sum up The Art Hustle like this:

“The Art Hustle is a new frontier in art and trading cards, and a hell of a lot of fun.”

I’ve been nerding out on The Art Hustle since series 1, so prepare to settle in for a pictorial. To set the score [my new series of posts with musical pairings], I’ve chosen the following selection from Simian Mobile Disco because it’s called “Hustler” and The Art Hustle was created by Simeon Lipman. Press play and commence scrolling.

I store my Art Hustle cards in a green binder, naturally. 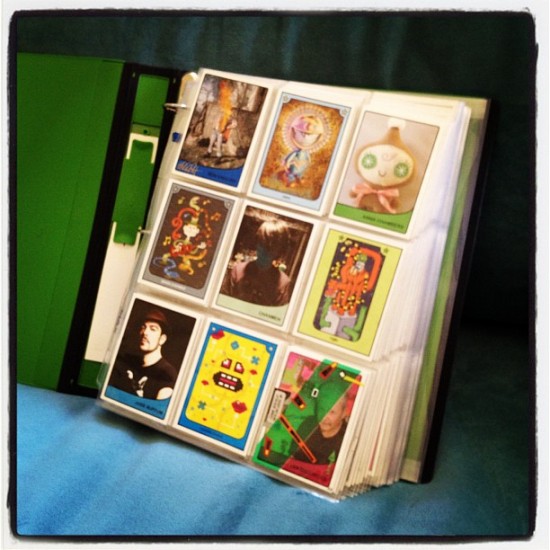 When convention time comes around, I put artist attendee and exhibitor cards in a small acrylic box. I then take them around with me to get autographed. #FANBOY. 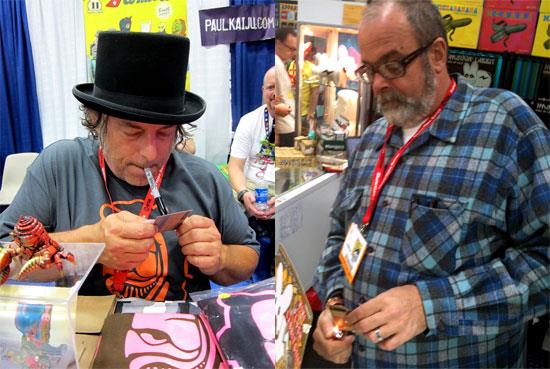 Here’s Paul Kaiju and Frank Kozik authenticating their cards in their own unique ways. Mr. Kaiju uses hand-eye-mouth coordination, while Mr. Kozik smiles as he tears my card in half and then lights it on fire.

Series 3 Art Hustle heavy-hitters like Lou Pimentel have already begun showing off their cards. Click through for the complete roster of Series 3 participants, some early looks at the Series 3 cards and more photos of my previous fanboy antics. 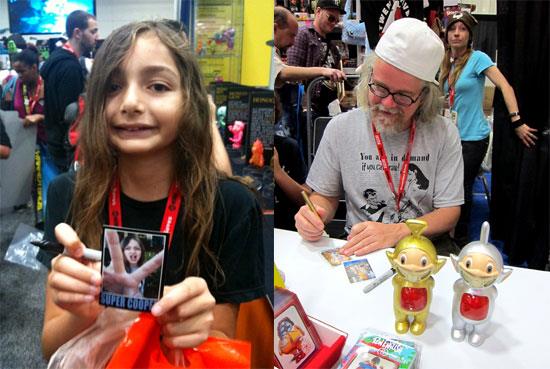 The Art Hustle Series 3 is unbelievable. I can’t believe I’m included in such an amazing group of people! Many of these folks are my friends, and I’m already excited to awkwardly hit you up for autographs. 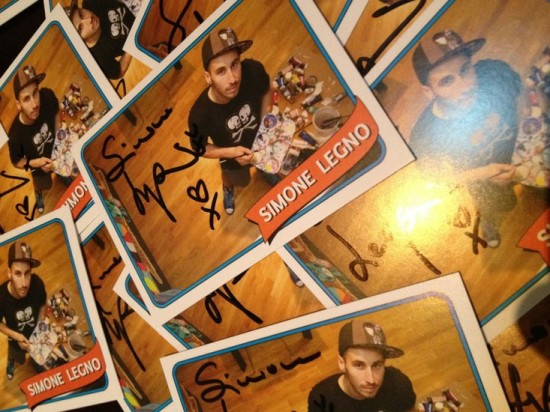 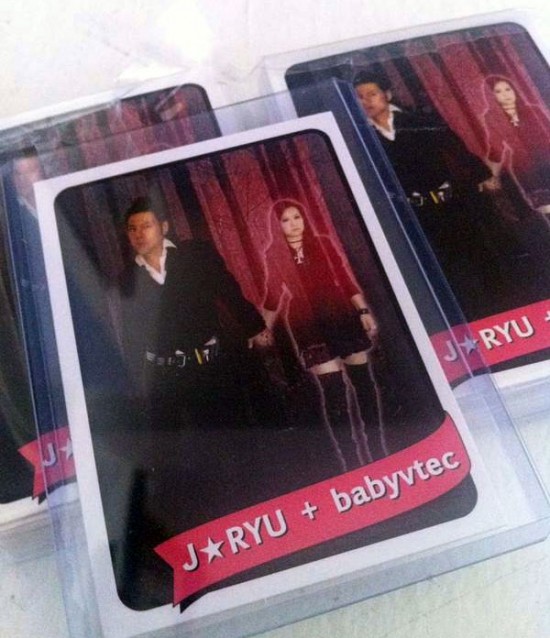 It's Rotokirby and Rotowhitney signing their Rotofugi Art Hustle card. 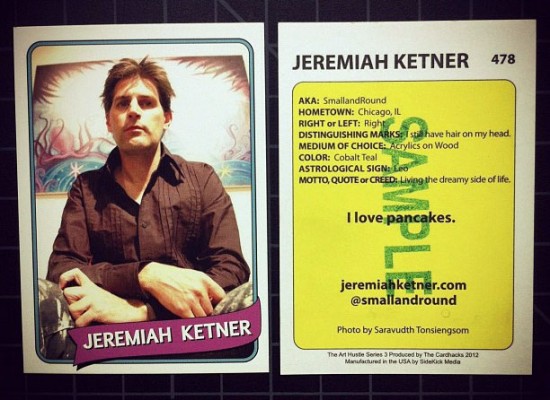 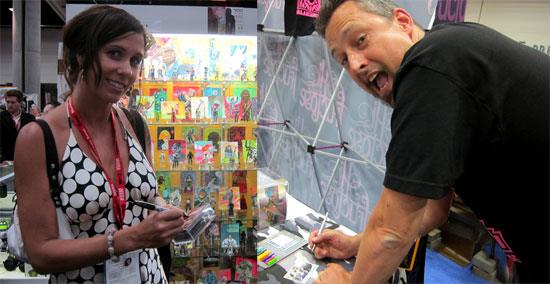 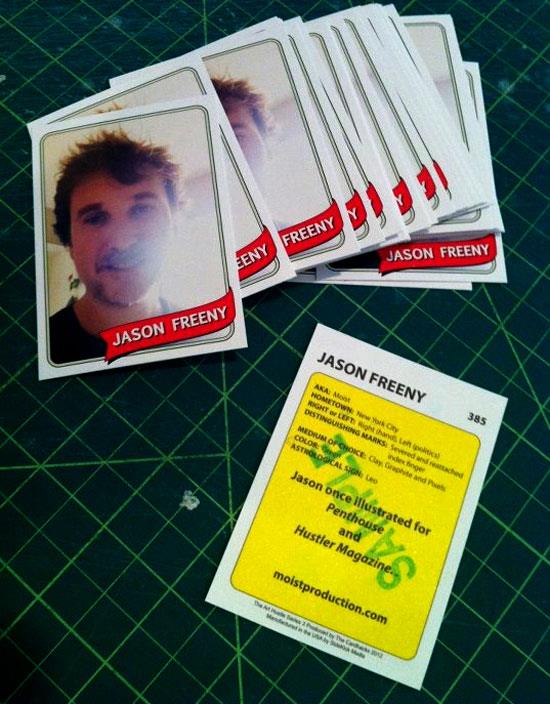 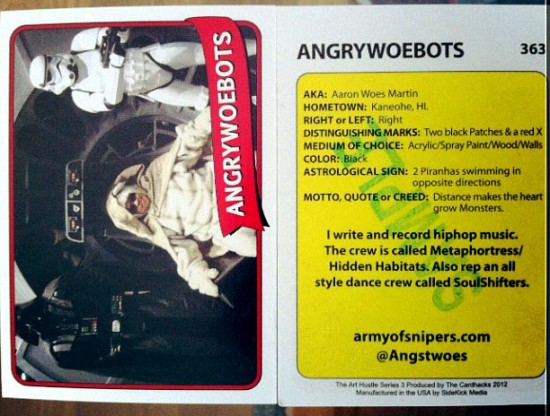 It's a Ham sandwich with Nathan Hamill, Scott Tolleson and Gary Ham all signing their Art Hustle cards. 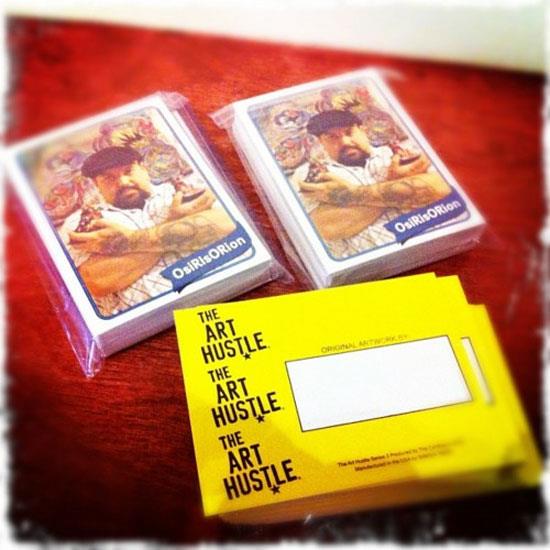 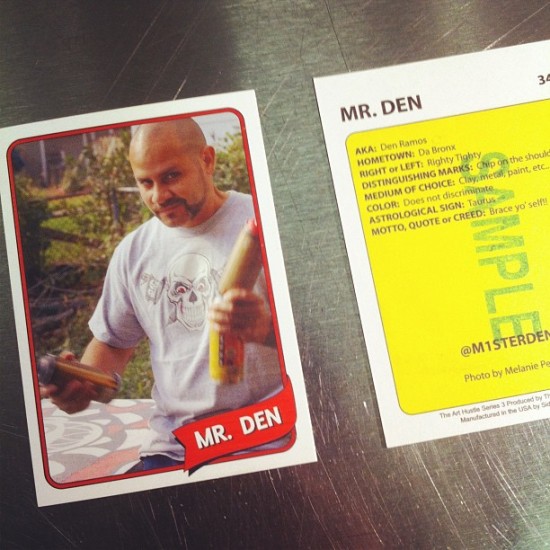 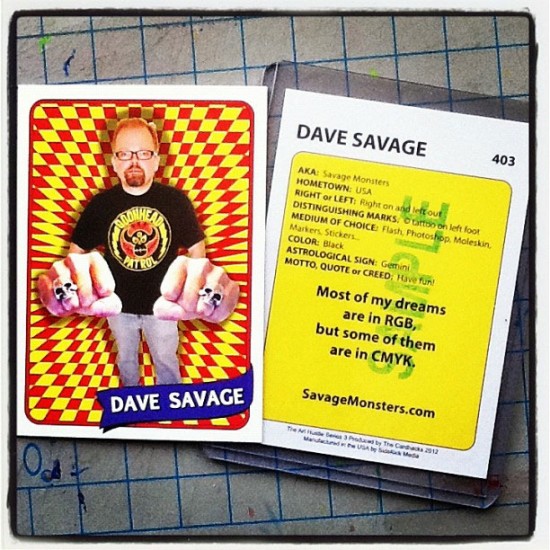 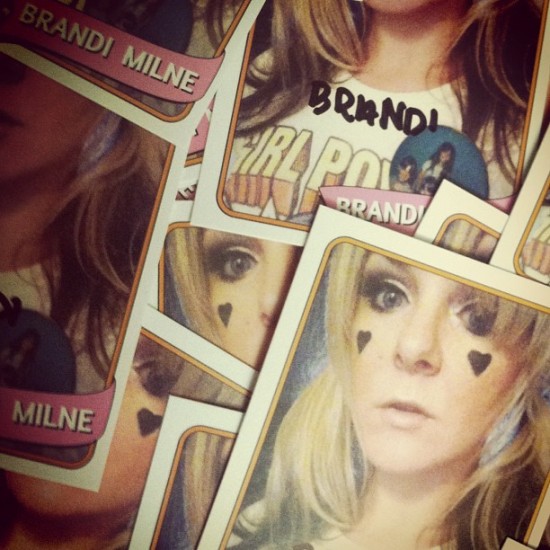 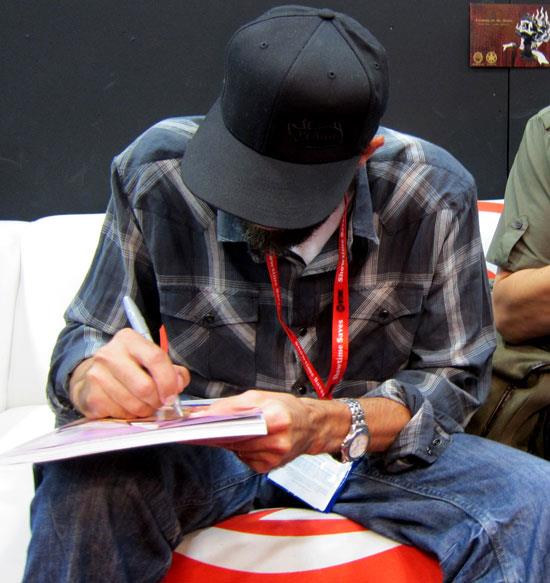 Who is this Mystery Man? If you know his identity, leave a comment!