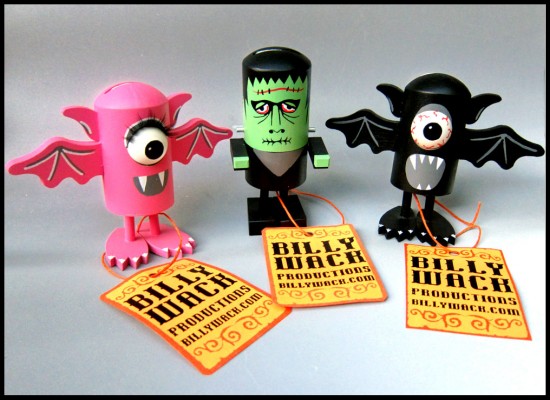 We’re so focused on the new and the now and the plastic fantastic, we’re missing some great stuff. For instance: Los Angeles-based Billy Wack released his own handmade update to that sweet 1960s quirky toy series, Popsies. Like Psycho Ceramics, except made of wood, Popsies originated in Japan, came in the form of ugly-cute characters and featured a pun and/or platitude as a message. Today’s Popsies from “Punk-preneur,” Billy Wack are no different. 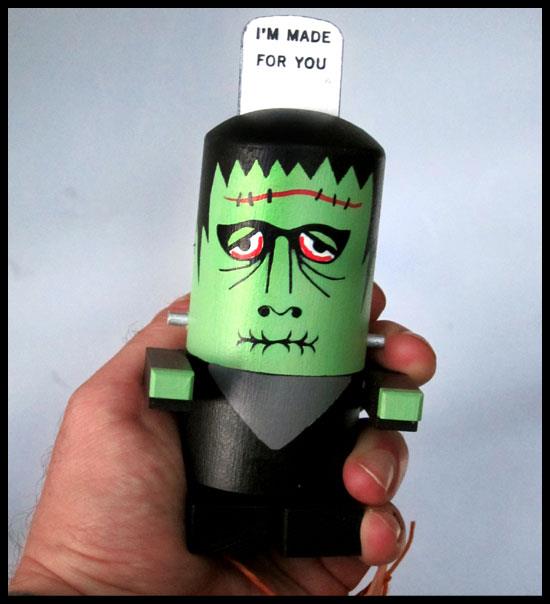 Mr. Wack was kind enough to send me a few Popsies to check out. They’re all numbered limited editions, made in Los Angeles. There’s a nice, satisfying feeling holding them in your hand and popping out their messages. You can currently pick up a Halloween Popsie Frankenstein or Wack’s Bats for $29.95 each (or $50 a pair) here. And I think you should. You would be happy. Also, check out Billy Wack’s Facebook. 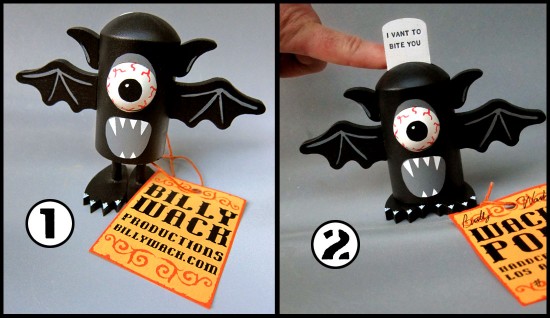 Alternatively, you can leave me a little message here in the Comments section of this blog post. Something funny. A joke, perhaps. Because I’ll give away one black bat and one pink bat to the two top comments that make me laugh. You don’t have to RT this on Twitter or Like me on Facebook. You just have to give a guy a smile. This contest is open until the job is done. You can enter as many times as you like. If you’ve been following me for a while, I last did this on ToyCyte in 2008, and Kyle Nelson won a Pooty skunk toy autographed by Touma for an extremely lowbrow joke involving a farting nun. So, anything goes. 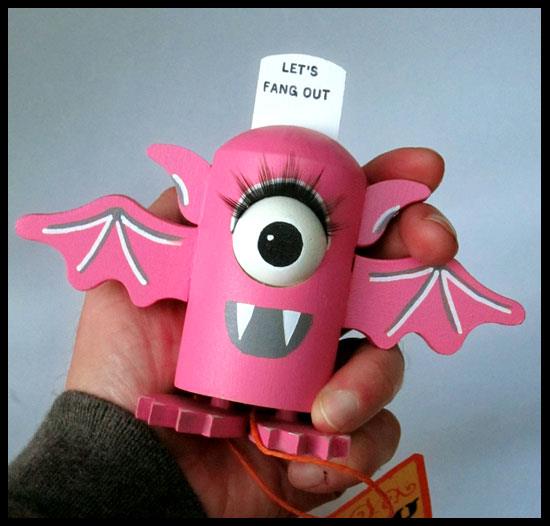