Junko Mizuno‘s Kuro Megami is the 7th collectible produced under Kidrobot’s Black label, and it’s the first one I saw and thought: “Ohhhh, I get it now,” and then: “Ooooh, I want that now.” Kuro Megami (黒女神) translates to “Black Goddess,” and it’s easily KR’s darkest and most ambitious offering yet. 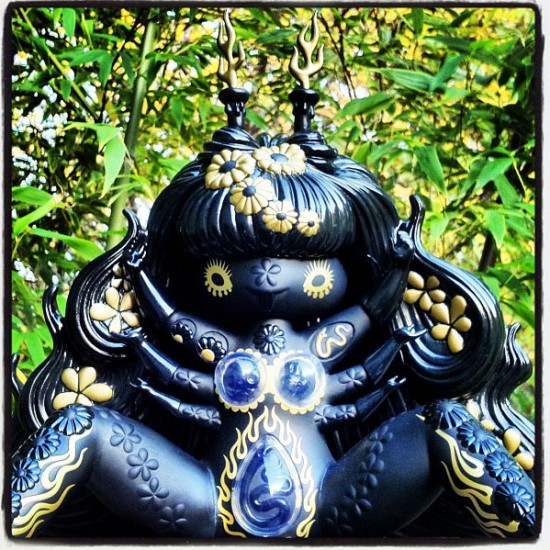 The 11-inch vinyl figure is PURE Junko Mizuno, and it will leave you in a TRANCE. (See what I did there? No? Fine: look.) Yes, I realize that Tara McPherson’s Lilitu for Kidrobot Black was a nekkid sexy succubus, but Kuro Megami ups the ante with clear breast capsules containing a skull and a heart, an inflamed serpent-filled womb and legs permanently akimbo. This is not Yummy Breakfast Donuts or Munnyworld: it’s Kidult Robot. 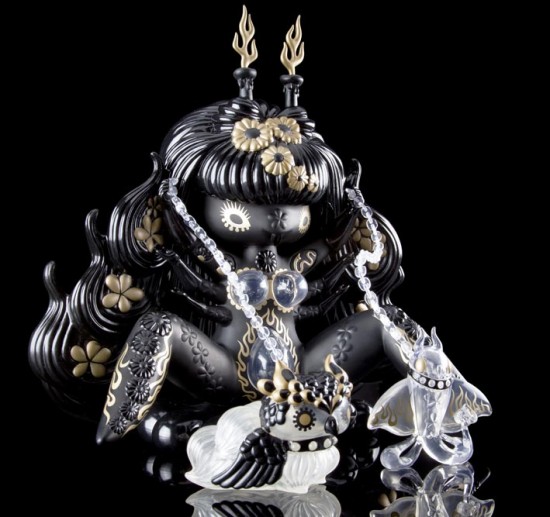 When Kidrobot launched the Black line in 2010, they touted it as “toys created especially for Kidrobot’s most devoted fans”. I think, however, this messaging was confusing. Kidrobot’s most devoted fans would seem to be the collectors who consume cases upon cases of KR’s signature platform toy, the Dunny. Kidrobot Black, on the other hand, is more complex in subject matter, form and, well, price. 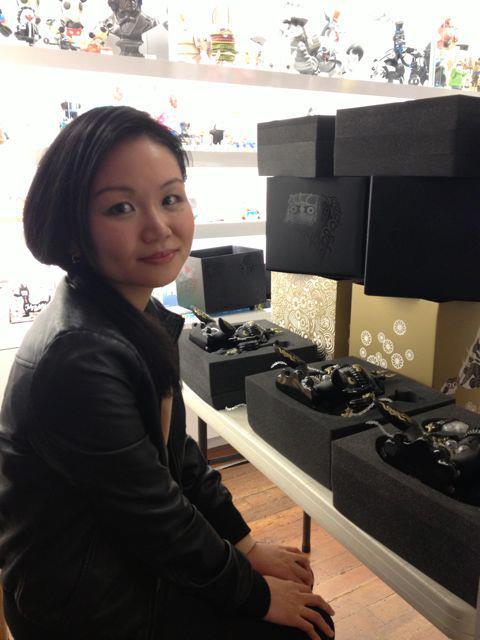 Kuro Megami is a sculptural edition that also happens to be toy art. It looks great from different angles and comes with clear plastic ‘accessory’ characters on chains. The packaging has evolved (since that first Midnight Magi) into a black, white and gold spot-varnished, foam-filled keeper. The whole thing is awesome, and it’s that edgy kind of artist edition that reminds me why I still collect toys. Well done, everyone! Junko Mizuno’s Kuro Megami is limited to 200 pieces, and it could be the blackest of your Black Friday purchases for $400 here. 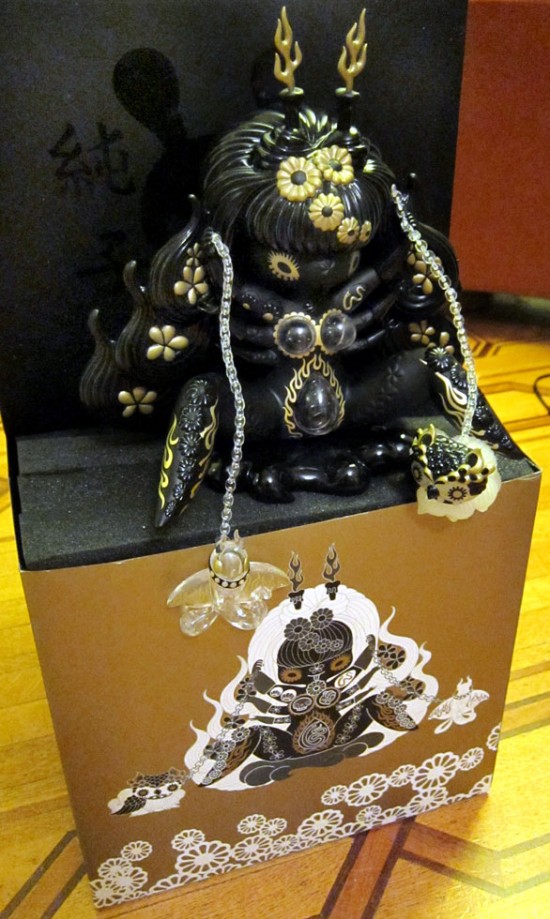