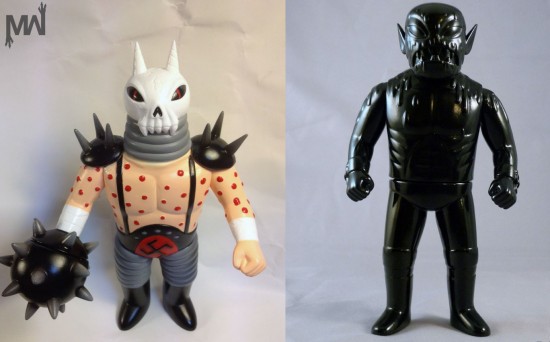 Monster Worship is releasing a bushel of beasts for Comic-Con 2012, including familiar and fresh (ish) faces from Johnny Ryan. The new guy is Rottweiler Herpes, an 8-inch Japanese Japanese vinyl figure with spikes, spots and a swastika (more on that in a bit) for $85 each. Mr. Herpes is flanked by a new, glossy, unpainted black colorway of last year’s crowd-favorite, Cannibal Fuckface for $75.

Jeff Lamm‘s Greasebat will also be returning in an as-yet-unrevealed colorway for $85 a piece. The crew rounds out with Mark Rudolph‘s 6-inch Alter Beast for $45 each and a 4-inch Kusogon by beaK. Expect customs and one-offs of Greasebat, Alter Beast and Kusogon. All five figures will be available on Friday, July 13th from 11AM to 1PM at Dragatomi’s Comic-Con booth (#4935). If anything is left after the carnage, check the the Monster Worship online shop on Tuesday, July 17th at 6PM EST. 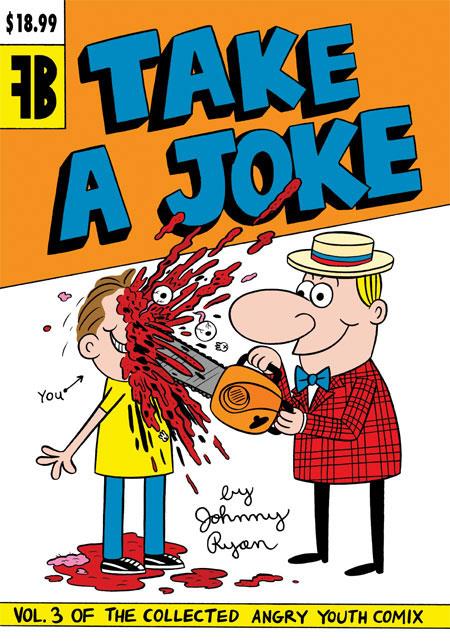 Incidentally, when a toy is called “Rottweiler Herpes” and covered in spots, it’s hard to pick a bone with the fact that it’s also emblazoned with a swastika. Hard, but not impossible. As an artist, Johnny Ryan delights in creating ‘challenging’ characters. Rottweiler Herpes is based on his Prison Pit comic villain of the same name, and writes Ryan, he’s “decked out in his full-color death-hösen”. I guess MY challenge is to ask: does this toy need the swastika to be bad-ass or controversial or “pure, soft vinyl violence”? I suppose Ryan might respond with “take a joke.” I suppose I’d meet him via Morrissey with a “that joke isn’t funny anymore.”

Further reading: I previously wrote about controversial toys here, and my friend Daniel Rolnik took on the topic of swastikas in art more recently here.