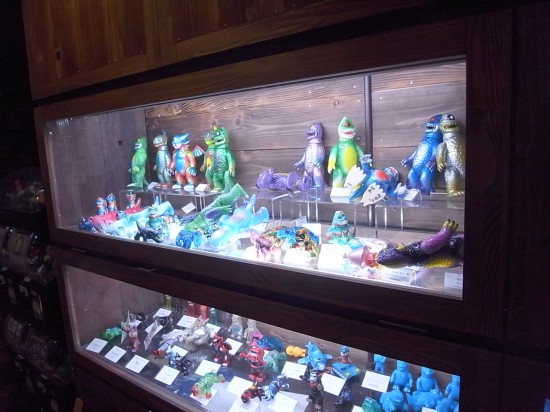 [Disclaimer: This is a blog about toys. This post in no way seeks to make light of the devastating situation in Japan. For current information on the Sendai earthquake and fallout, please click here.]

I stayed up into the early morning hours talking to several  Japanese friends on Twitter and email. Most of them live in the Tokyo area and were shaken, but OK. Matt Alt was tweeting from Tokyo and appearing live via telephone on CNN right around 11PM PST, which was surreal. Don “Datadub” Kratzer live-tweeted throughout the hours of aftershocks. This immediate contact with friends and acquaintances was invaluable as we watched the tsunami sweep over houses and cars on TV. 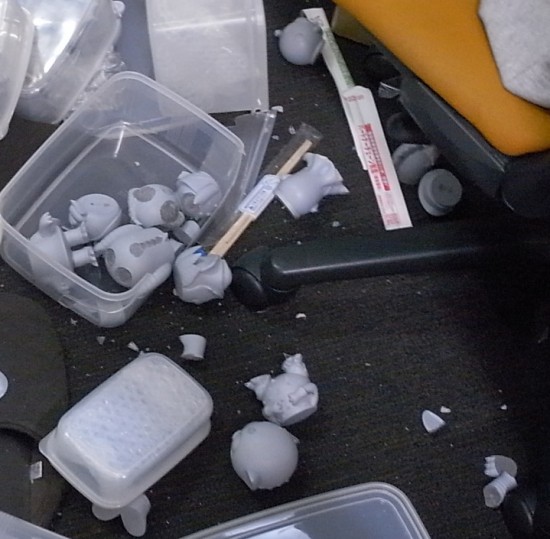 Brian Flynn of Super7 has updated us on the status of several Japanese toy companies this morning. Folks from Gargamel, Skull Toys, Medicom, RealxHead and Lulubell Japan have checked in. LOVE MOVEMENT’s Kaz and Satoshi are OK. People are more important than toys, but Brian shared a couple images of toytastrophe. At the top of this post are some fallen monsters at Gargamel’s flagship shop, Thrashout, and just above are a few of Super7’s broken master sculpts. 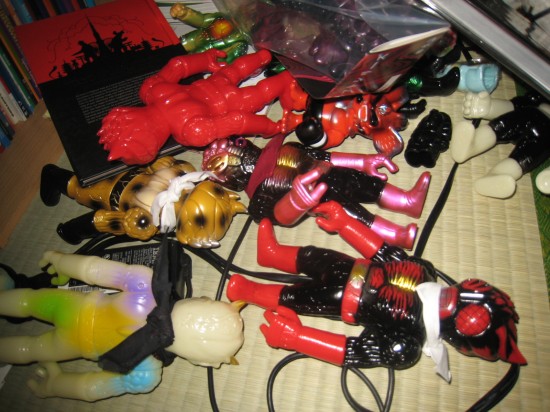 Andy of KaijuKorner was tweeting last night, and he has posted a few photos of the earthquake on his blog. He writes, “This is the largest earthquake I’ve experienced in more than 20 years.” You can see some of his fallen toys above. 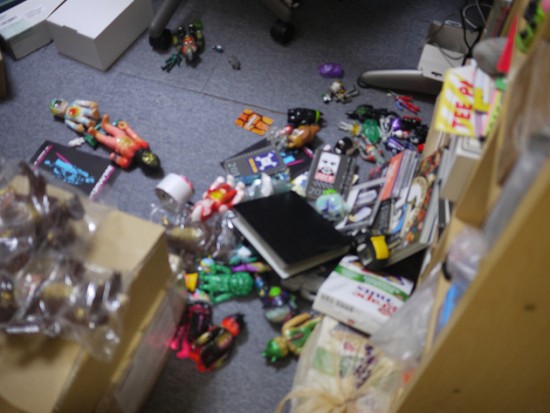 Don posted a handful of photos to his Flickr page. Above is just one. 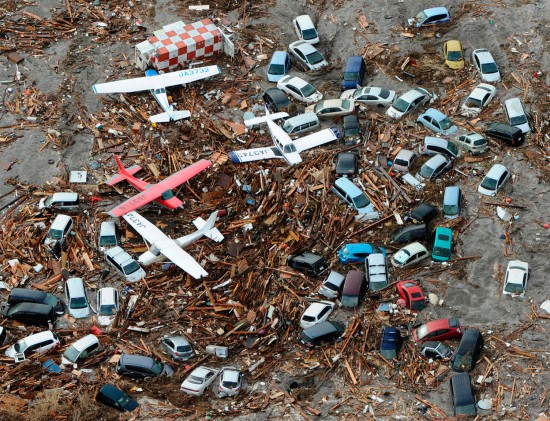 Now, to sober you up, above is NOT a picture of toy cars and toy planes. They are REAL cars and real planes from a Reuters photograph: “Cars and airplanes swept by a tsunami are pictured among debris at Sendai Airport, northeastern Japan March 11, 2011.” To see more incredible photos of the devastation, click here.

Twitter has been instrumental in disseminating news about the tsunami. If Twitter has been useful to you, consider texting “REDCROSS to 90999” to donate $10 to disaster relief in Japan. You can also give by clicking this link. I am not a praying man, but my heart and thoughts are with the people of Japan.