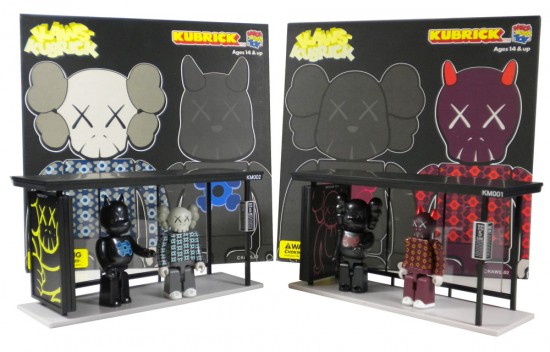 Before KAWS was an international superstar, he was a skinny guy named Brian who augmented bus stop advertisements in New York and San Francisco.

This was way before “Mr. Brainwash” came on the scene, and it was really pretty revolutionary. 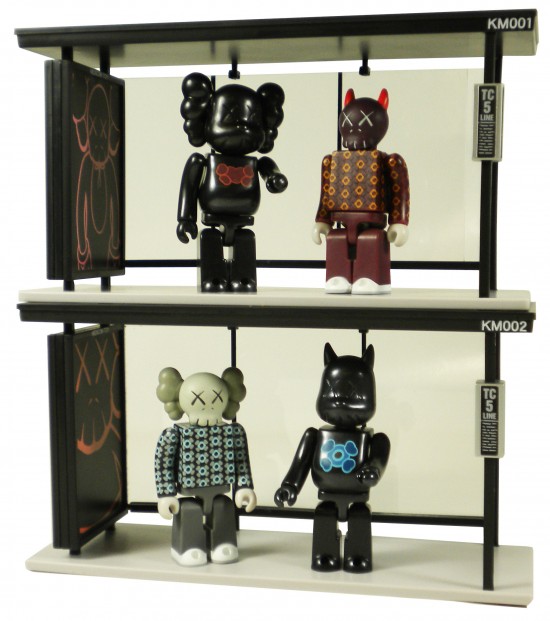 In 2004, Medicom Toy paid homage to this brazen act of advertising subversion with a series of KAWS toys on the Kubrick platform.  The Kubricks featured iconic KAWS heads, eyes and designs, but it’s really the bus shelters that made these pieces must haves for your collection. 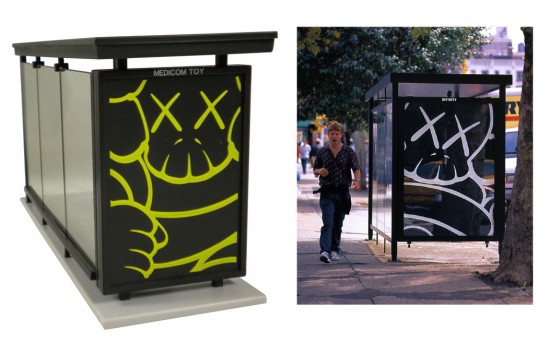 You could say the bus stop toys were ripped straight out of life. They were popular and affordable and didn’t last long. Look at the image above for a comparison. Toy shelter on the left. Human shelter on the right.

KAWS was then and remains now a stickler for quality and innovation. How great is it that he picked the locks of the bus shelter ads and then REPLACED them with his own locks? Apparently he found our (San Francisco’s) shelters to be easier than New York’s. 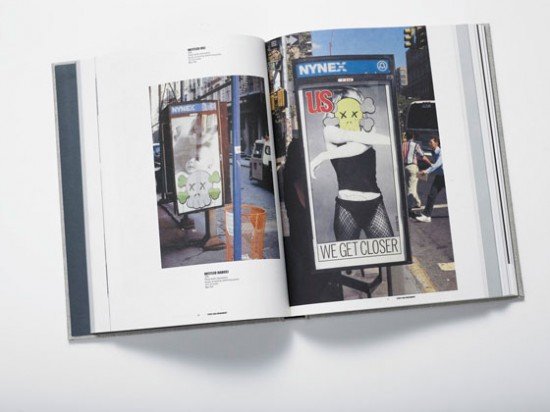 Further provenance of the bus stop graffiti will be explored in KAWS’ eagerly anticipated forthcoming art book from Rizzoli.

For a limited time, you can relive this moment in street art history through a warehouse find. KAWS bus stops #1 and #2 are in-stock now at designer toy retailers. These are the original deal, mint in elaborate packaging, for only $19.95 each. Choose red or blue, or be indecisive and reward yourself with both. Like KAWS’ ads themselves, these won’t last. Get ‘em while you can. 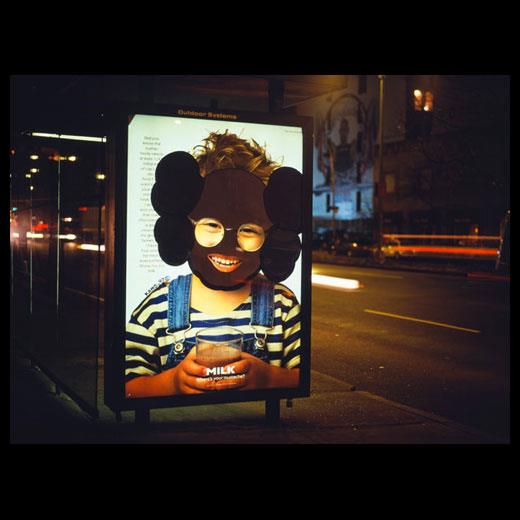