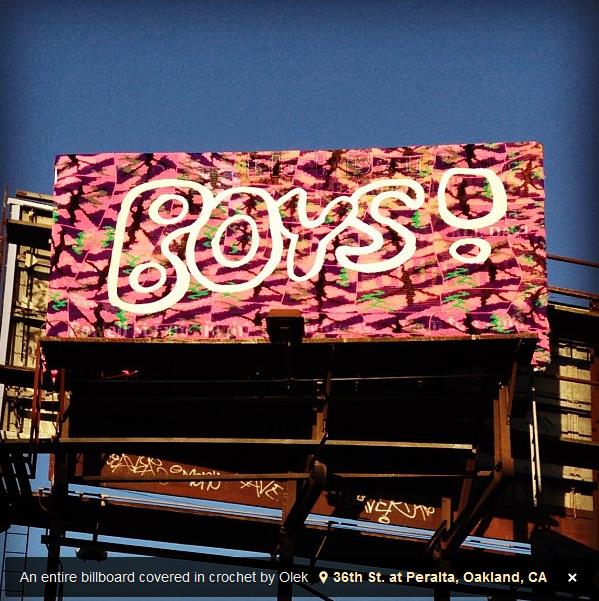 sculpture
With the stitchery still fresh on her solo show at New York’s Jonathan LeVine Gallery, the amazing Olek hopped a quick flight to Oakland to hijack a billboard.
Read More

Pop CULTure
I just came across this amusing billboard hijack by the [previously blogged] Desire Obtain Cherish crew, and it resonates with some thoughts I’ve been having about reality TV and
Read More

vinyl
Before KAWS was an international superstar, he was a skinny guy named Brian who augmented bus stop advertisements in New York and San Francisco. This was way before “Mr. Brainwash”
Read More
Copyright © 2021 Jeremyriad.