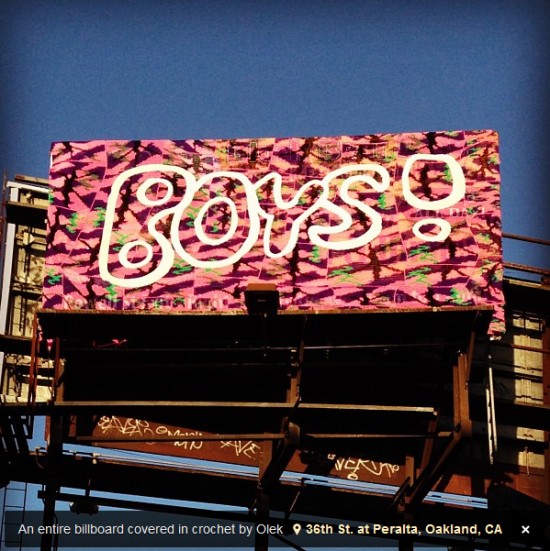 With the stitchery still fresh on her solo show at New York’s Jonathan LeVine Gallery, the amazing Olek hopped a quick flight to Oakland to hijack a billboard. 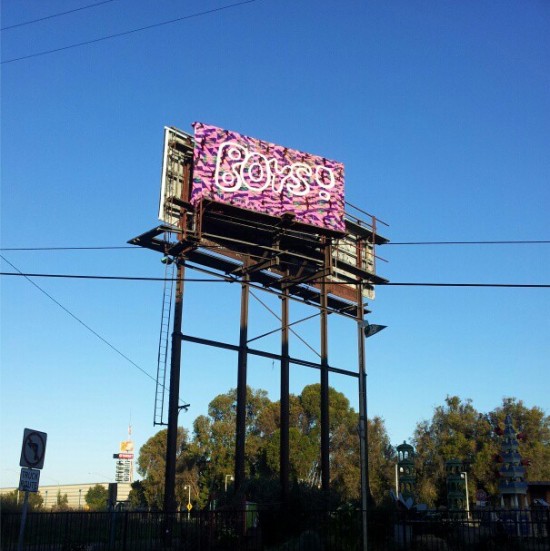 First crocheted billboard ever! Dedicated to Billboard Liberation Front! A gift from NYC to Oakland!!!

So rad. I saw the Olek billboard from the freeway yesterday, and it’s unmistakeably hers. I’d gotten a head’s up that the New York-based artist was in town after seeing her photographed at Oakland Art Murmur by John Law. 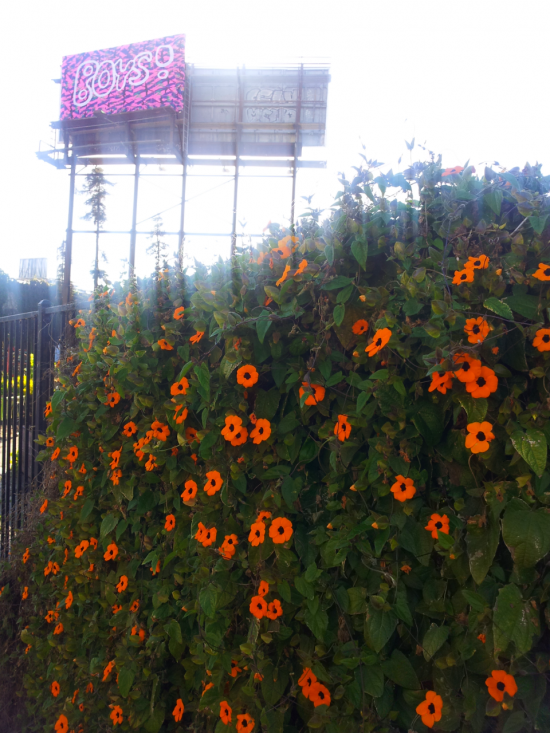 John Law is the San Francisco-based co-founder and director for The Billboard Liberation Front. The group has existed since 1977 and writes: “Our ultimate goal is nothing short of a personal and singular Billboard for each citizen.” 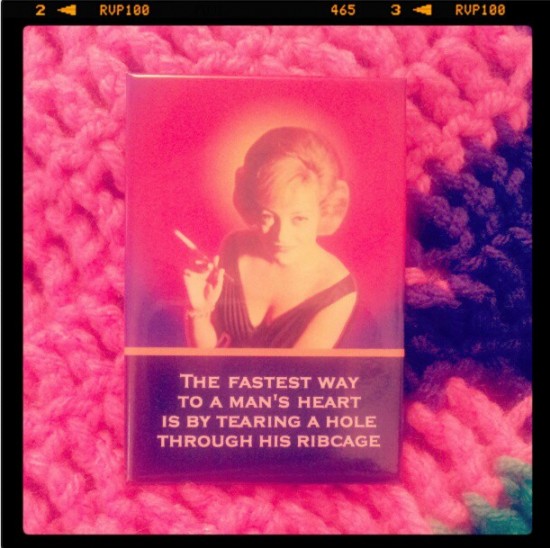 But what does Olek’s crocheted cry of “BOYS!” mean? On International Women’s Day, she posted a clue in the form of a book atop her billboard prep. The book’s cover reads: “The fastest way to a man’s heart is by tearing a hole through his ribcage.” Ouch! 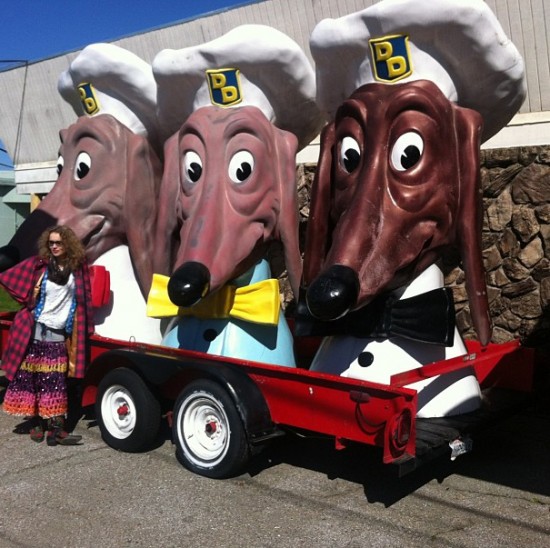 And for those who want proof that Olek took her crochet cross-country in person, here she is with San Francisco’s iconic Doggie Diner heads (photo by John Law). Click here for a photo I took of Ron Turner with the Doggie Diner heads (two SF icons together).