Play Imaginative has announced a slew of licensing partnerships to be launched this summer. While their Spongebob Mini Figure World (coming in four consecutive waves) and Disney Mini Figure World (series of 25 figures) look more like standard issue licensed toys, they’ve paired the Happy Tree Friends and Care Bears characters with their own Trexi platform for a more stylized affect. 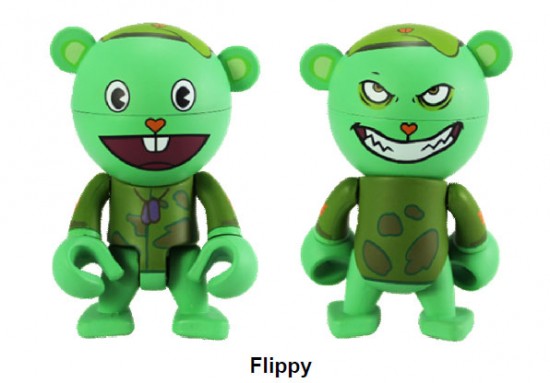 The Happy Tree Friends Trexis from Play Imaginative (Naughty & Nice Edition)  feature six Mondo Media critters. As with all Trexis, collectors can twist the figures’ heads to mix and match (in this case) naughty and nice expressions. 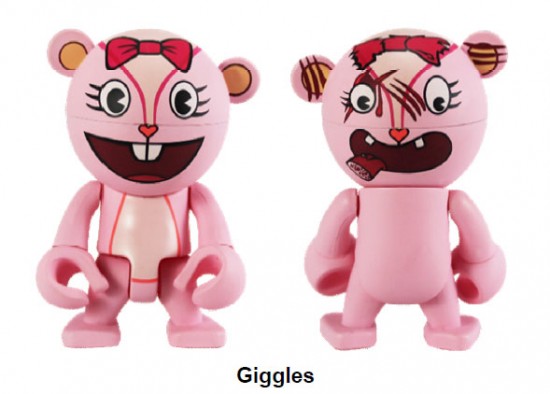 The Happy Tree Friends Trexis include Flaky, Flippy, Giggles, Buddhist Monkey, Nutty, and Toothy Trexis. I must admit that these are kind of appealing. In the platform toy genre, Singapore’s Trexis trail in popularity behind Japan’s Be@rbricks, Hong Kong’s Qees and America’s Dunnys. That said, there’s something about the inherent violence of Happy Tree Friends and the Linda Blair 360-degree head-turning of the Trexis that just works. The whole set is available for $54 or individually for $10 each here. 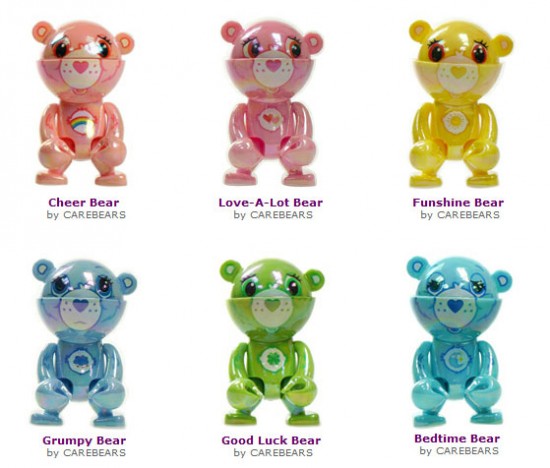 For fans of nostalgic cartoons, Play Imaginative also made a series of Care Bears Trexis. These are currently available in stores where designer toys are sold.