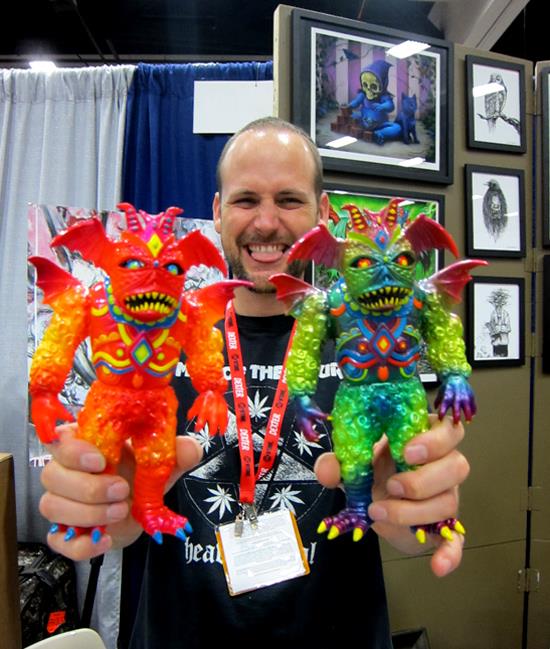 Skinner is like the anti-hipster who all the hipsters wish they could be. If he paints a unicorn, it’s not out of some irony-induced need to feel, but because he wants to fucking paint a unicorn. He keeps it real (real wizardy) from his home base in the distinctly uncool California state capital of Sacramento. 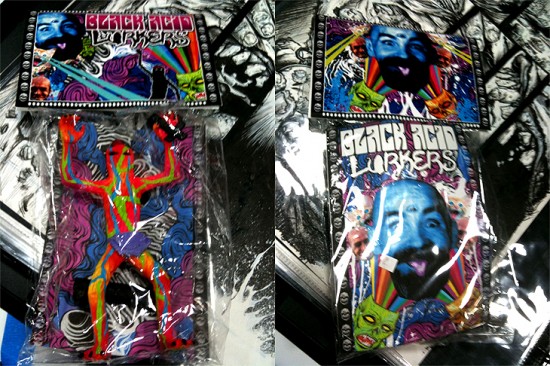 These are Skinner’s Black Acid Lurkers. Check out the packaging. Unpainted mini-Lurkers were available at Color Ink Book’s SDCC 2011 booth. 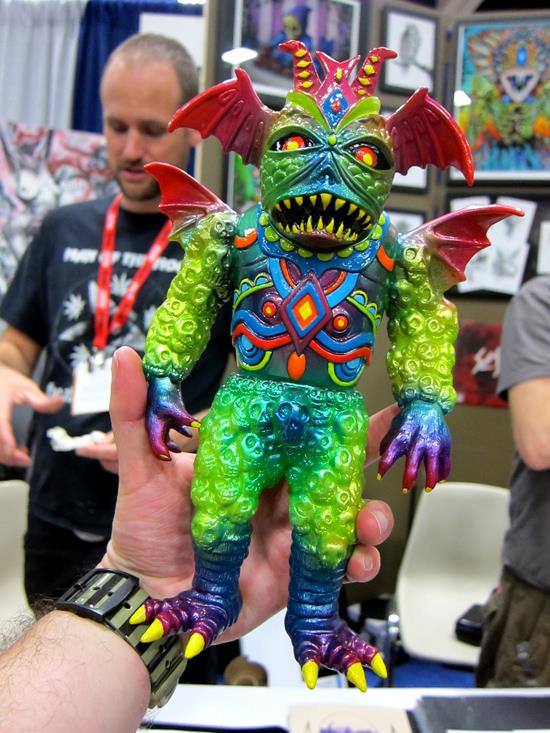 Skinner had two epic, hand-painted versions of his new 10-inch Ultrus Bog character toy, produced in vinyl by Lulubell Toy Bodega. The two hand-painted Ultrus Bogs were snapped up at $300 each on Previews Night. The first production colorway of Ultrus Bog was released earlier this week and promptly sold out. Congrats! 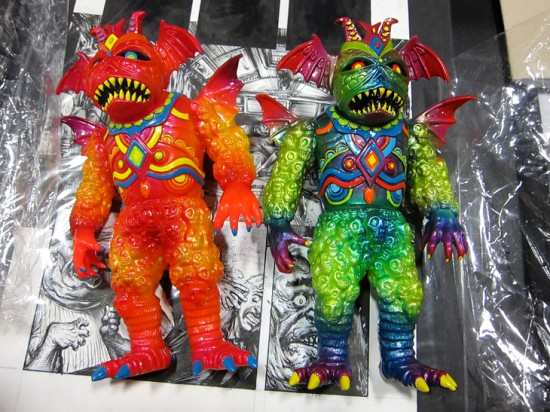 Skinner told me he spent a lot of time painting these guys. He didn’t really need to though because it’s pretty obvious. Hopefully the pictures convey the level of detail. 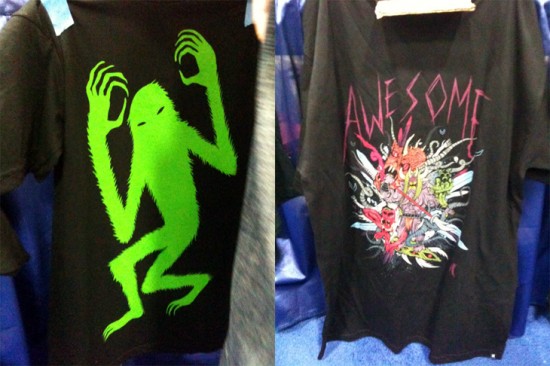 Because no one likes to match his fashion to his toys more than me, I picked up this green Lurker shirt. Skinner also had a few “awesome” shirts he did with Martin Ontiveros. You know what else is awesome? Skinner donated his LOVE MOVEMENT figures to a charity (raising funds for cancer I think?), so the “love could continue on”.

Click through for some huge, trippy wizards and warriors statues. I think I know who purchased these… 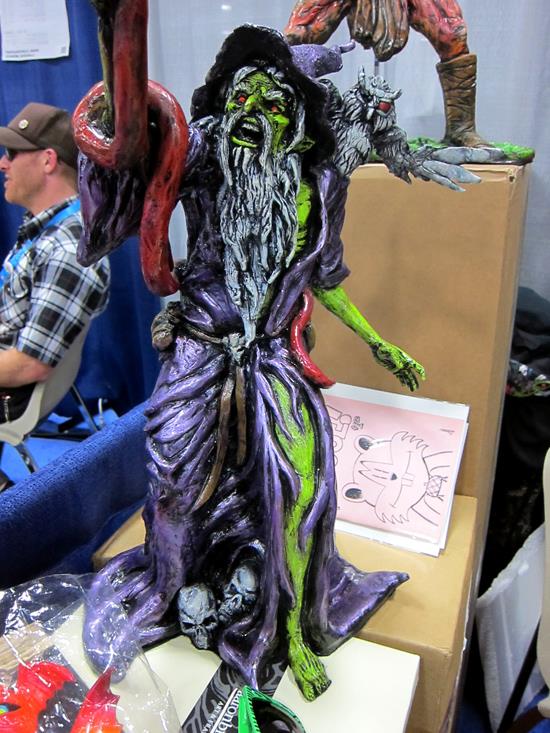 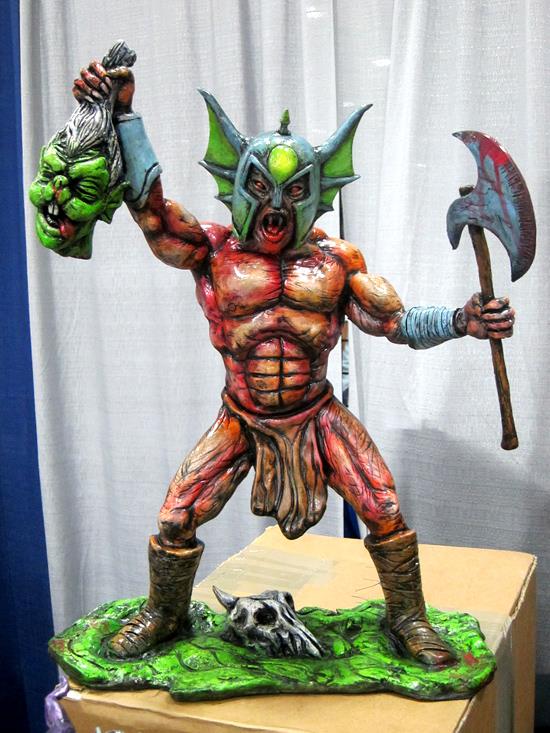