Albuquerque-based redheaded graphic designer and illustrator, John Sumrow, likes donuts, zombies, bacon and gingers. Since this week’s major face-eating, bath salt-crazed zombie-related news left a bad taste in my mouth and I, too, am known to appreciate donuts and gingers, I felt duty-bound to share Sumrow’s latest creation: Mr. Jimmies, the Zombie Donut. 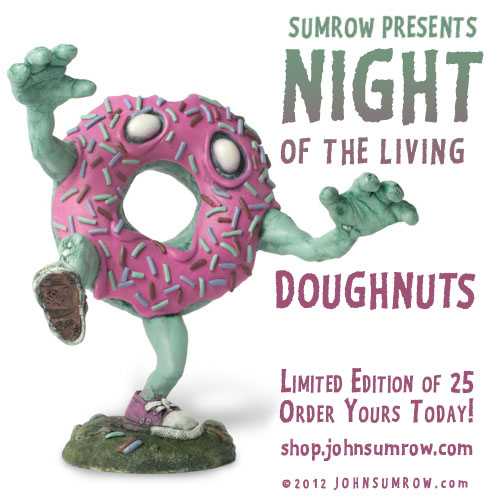 I asked Sumrow if this was a really niche collectible for folks who hate cops and love zombies, but he said on the contrary, cops love Mr. Jimmies too. 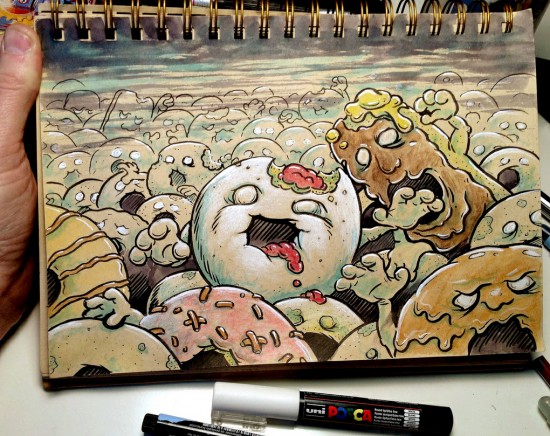 Mr. Jimmies started as an illustration with a backstory:

Mr. Jimmies was a mild mannered doughnut, just doing his regular shift at the greasy spoon diner. One fateful night a police officer staggers in… green, incoherent, mumbling. Before Jimmies could get out a concerned “May I help you Sir!?” … the officer CHOMPED! Reeling back, bloodied and in shock, Jimmies realized his fate was sealed. The officer was one of the newly turned “undead”…. To be continued…

As it turns out, Sumrow continued the story in 3D. Mr. Jimmies, the Zombie Donut is a limited edition, hand-painted, cast resin multiple from an original polymer clay sculpture. Firewheel Casting handled the resin, and Sumrow himself individually paints each 7-inch tall donut (including a total of 104 sprinkles per donut). The figures are signed and numbered on their bases. Check out the making of zombie donut here. 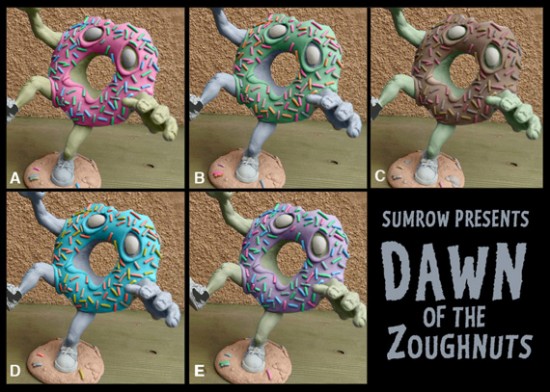 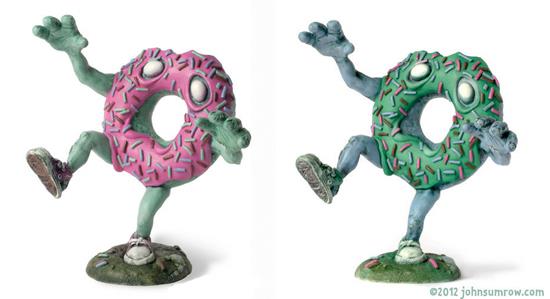 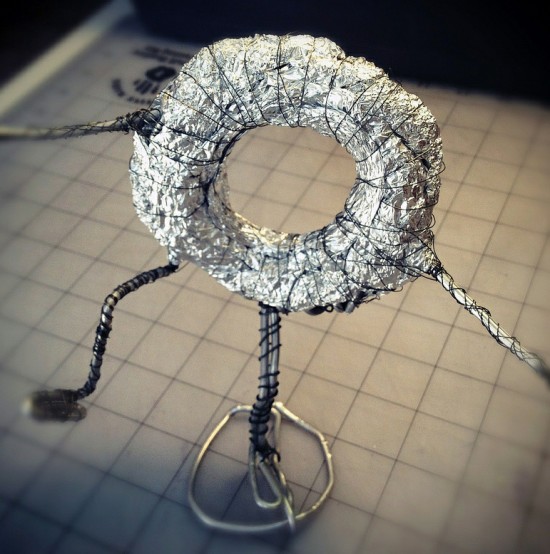 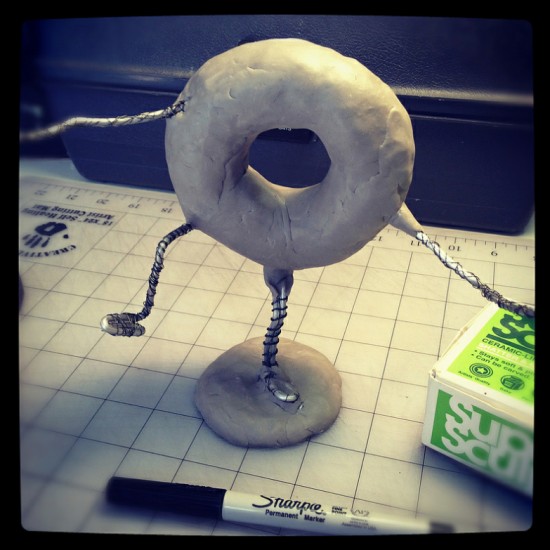 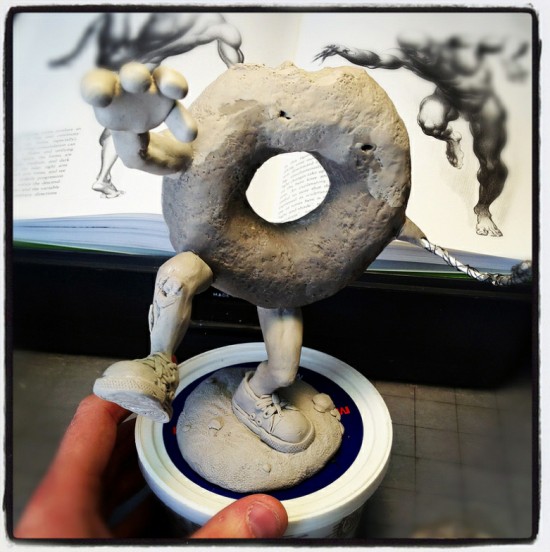 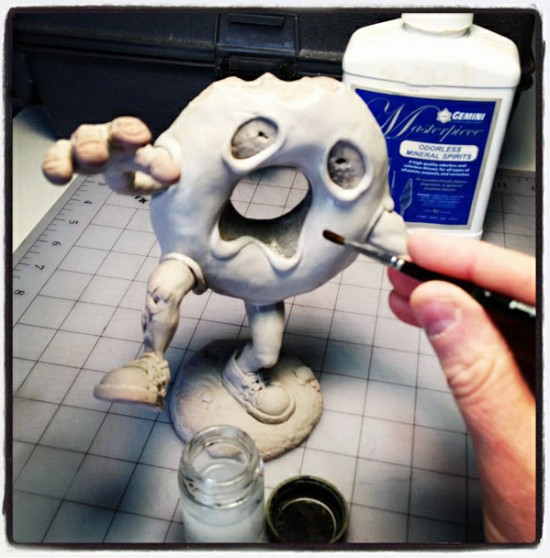 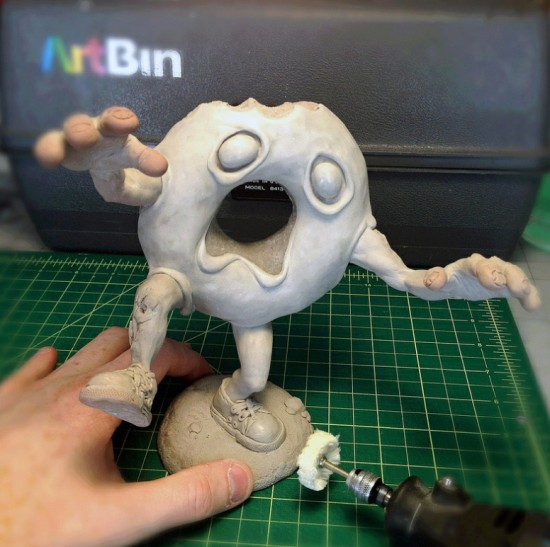 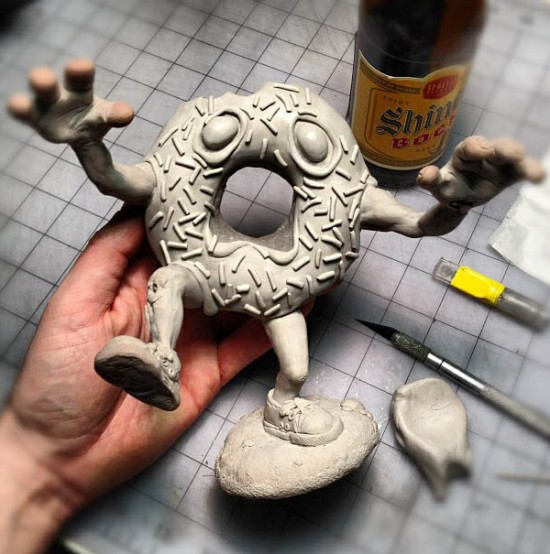 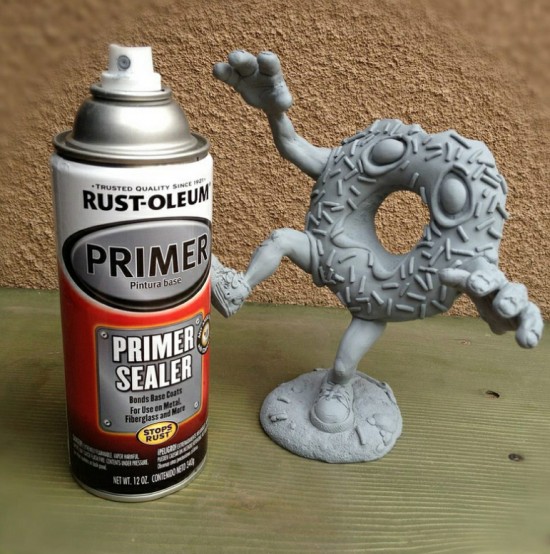 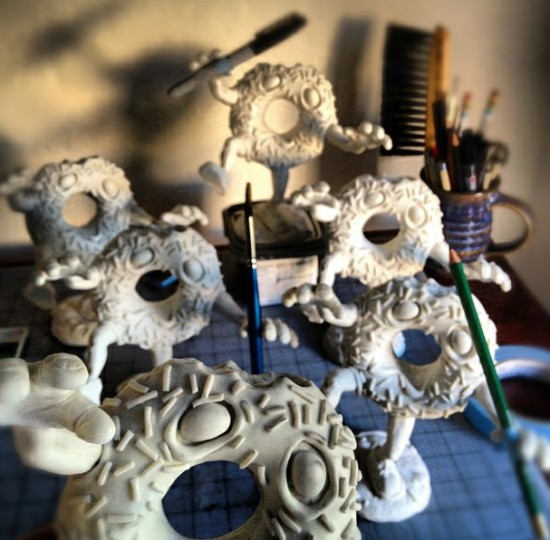 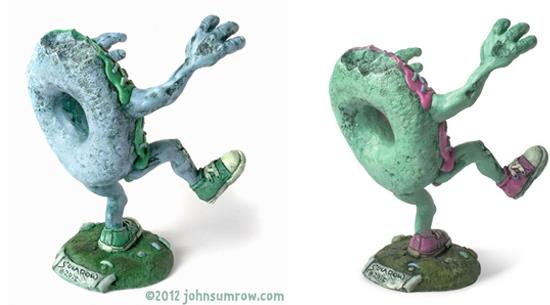