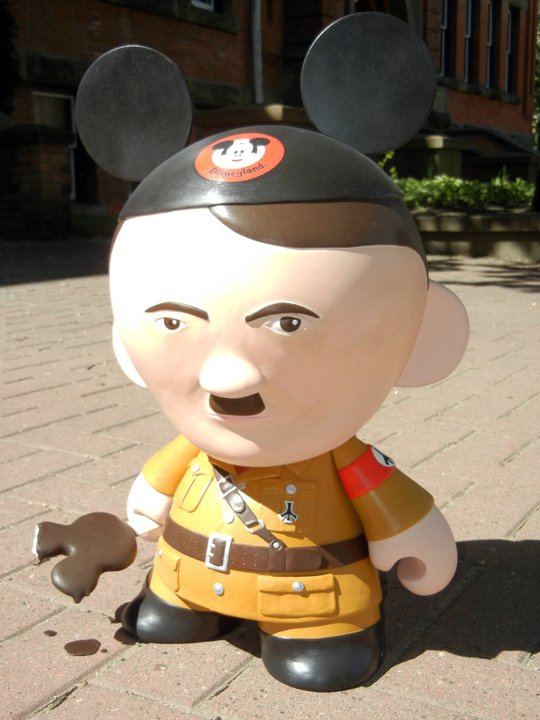 When asked via her Facebook page what this figure means, Okedoki replied: “Pacifist Hitler enjoying his ice cream in Disneyland.” Seems obvious enough, right? There are, however, subtleties. She painted tiny skulls on “Hitler’s” eyes and adorned his uniform with peace signs. Okedoki writes:

Love/peace in his heart, while hate/war is not far away. It is up to the individual to decide his fate. In this case, Hitler has decided to go to Disneyland instead! 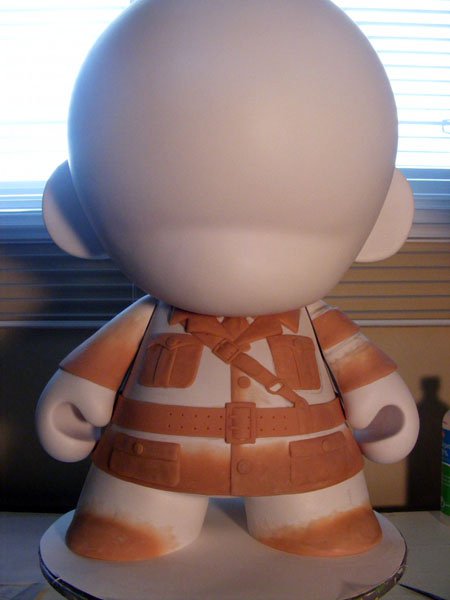 Okedoki was one of the subjects of my article: “When Custom Toys Get Controversial“. At that time (June, 2010), she had customized at least 8 Hitlers on different toy platforms. She sees the work as social commentary. From the article:

I don’t promote Nazism or want to glorify it.  In fact, it’s the opposite: it’s to examine a very dark phase of our social consciousness, and perhaps by seeing the evil, we can see the light/love.

She was commissioned to do this piece by a collector, and it may be her largest Hitler yet. Okedoki mentioned needing to use a heatgun to bake the Sculpey because the Mega Munny wouldn’t fit in her oven. Although I know she meant nothing sinister by that, the turn of phrase brings up concentration camp imagery for me. I was surprised to see no negative comments posted by viewers of her process pics, which is a change from her previous Hitler customs. Is Hitler no longer controversial or are toy collectors just able to keep that separate and appreciate the talent displayed in executing this figure? 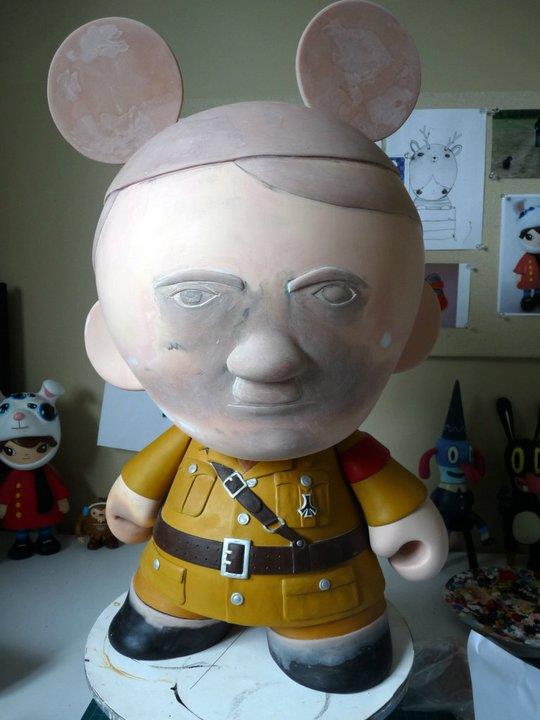 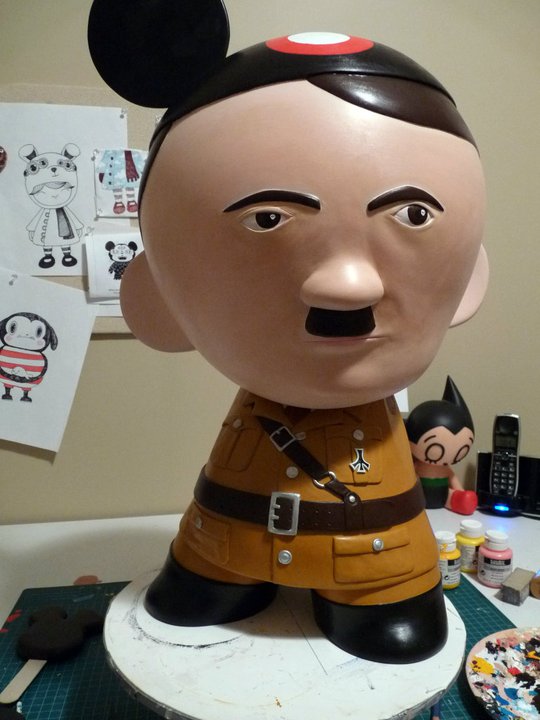