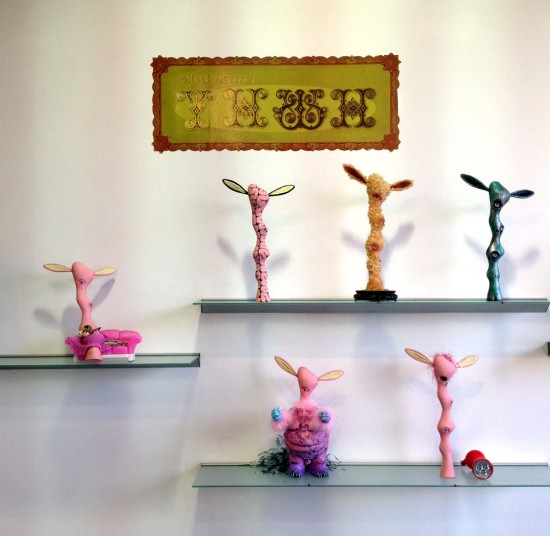 The Mark Ryden-blessed YHWH Group Custom Toy Show stands apart in a sea of similarly intended toy art shows because of a) its thoughtfully curated artist roster and b) its somewhat conceptual, somewhat controversial nature. The former is pretty obvious: these aren’t the usual toy customizer suspects, but rather (for the most part) a pool of Ryden’s peers. When was the last time you saw the likes of Marion Peck or Liz McGrath or Anthony Ausgang customizing vinyl toys? Mark Ryden’s brother, the amazing KRK Ryden, created the piece below. It’s called “Yeah, Why” and it’s available for adoption here. 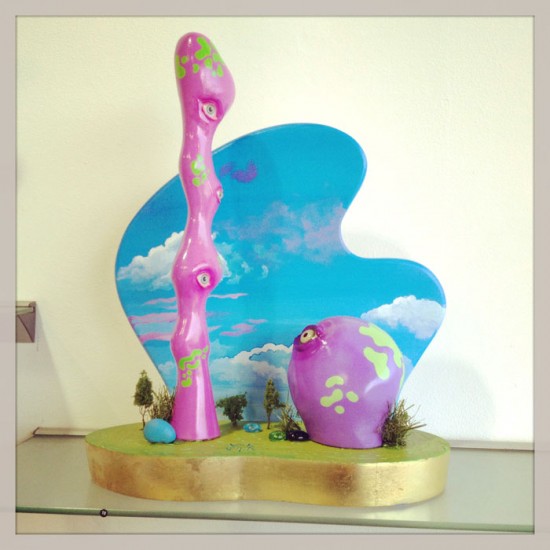 Now, about the concept and the controversy. Before there was a pink vinyl YHWH toy (and then five subsequent colorways), there was a sculpture by Dave Pressler. Of course before THAT, there was an original oil painting by Mark Ryden. The timeline went something like this: oil painting (2000), toy creation (2006), and toy release (2009). The O.G. pink YHWH colorway was made in an edition of 2000 pieces and came in a beautiful box featuring Ryden’s art. Priced at $125 in the thick of the economic recession, YHWH did not instantly sell out. 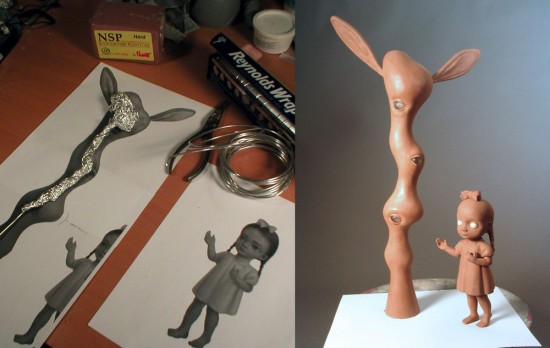 It’s a challenging piece. For one thing, the name is unpronounceable, and for another, well, a bunny totem with religious implications just wasn’t the typical monkey-yeti-spraycan of the late 2000s designer toy scene. Per Mark Ryden:

YHWH is the unpronounceable name of god. My YHWH represents the indefinable nature of the divine and its unspeakable mystery, which can be represented by anything from a burning bush to a three-eyed bunny totem. In creating my YHWH toy edition, I strove to elevate each and every individual figure from a mass produced piece of plastic to a magical object.

It took three years to produce the magical object, and in the end, the female companion figure hit the cutting room floor. 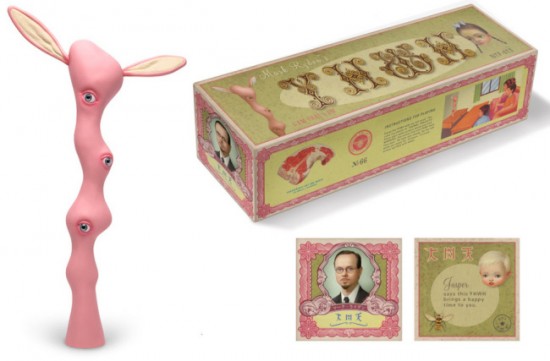 What does a toy art gallery owner do with a surplus of $125+ vinyl bunny totems? It’s no secret that I disagree with the current idea that every new toy release equals new fodder for toy customizers. This is because I see the most successful toy art objects as being created by artists with very specific visions. To paint or sculpt over that vision just strikes me as disrespectful and/or presumptuous. 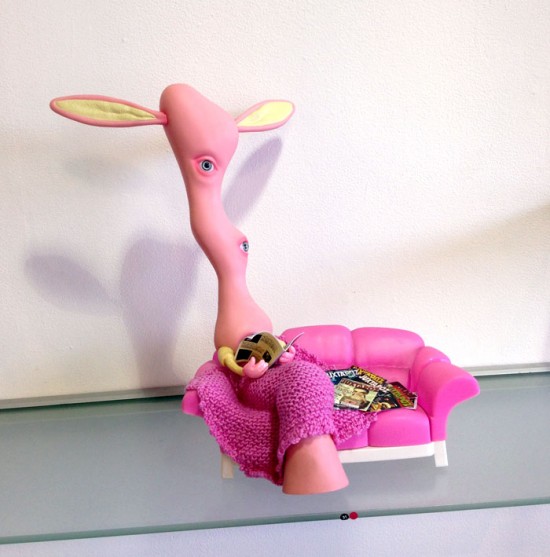 In this case, it’s kinda hard to argue when the originating artist is on board. Quoth Mark Ryden: “I very much look forward to seeing how each artist responds to the spiritual energies of their YHWHs.” 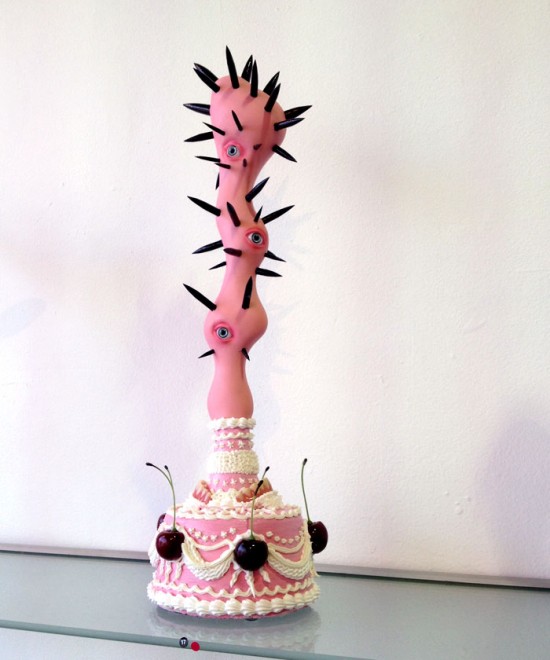 I was in the LA area last week, so I stopped in at TAG to see the show–and I’m glad I did. The customized YHWH toys–and a giant replica YHWH box by Mark Ryden himself–will be on display at Toy Art Gallery on Melrose through May 26th. The artwork is also available for purchase online now here. 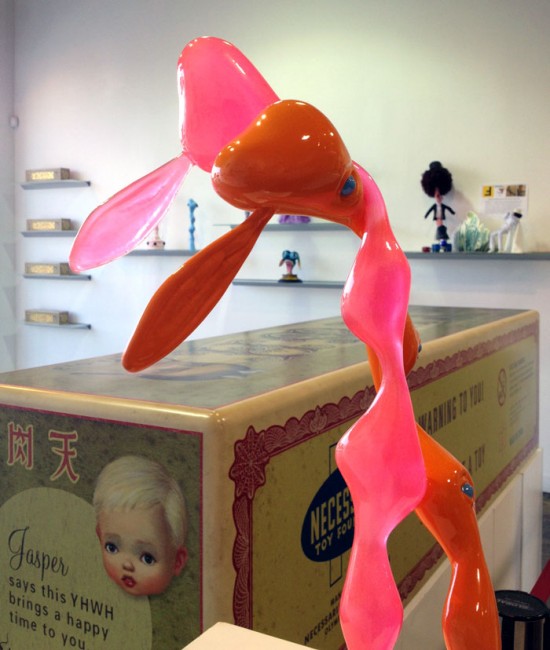