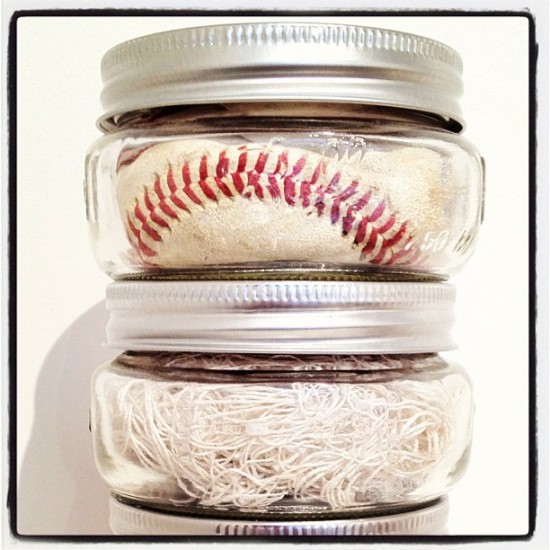 There’s just a few hours left to view Ron Ulicny‘s “New Works” at Spoke Art in San Francisco! The show features Ulicny’s sculptural works, which are comprised of familiar–don’t call them found–objects. A skull, a skate, a bullet, a baseball: these are Ulicny’s paint and paintbrushes. To label him an assemblage artist would only be partially true. Ulicny is not like Oddities‘ Ryan Matthew who methodically merges pieces of bone to form a complete skeleton. Instead, he adds bullets and brass to bones and sets them atop a doily to form commentary about Sarah Winchester, heiress to Arms… 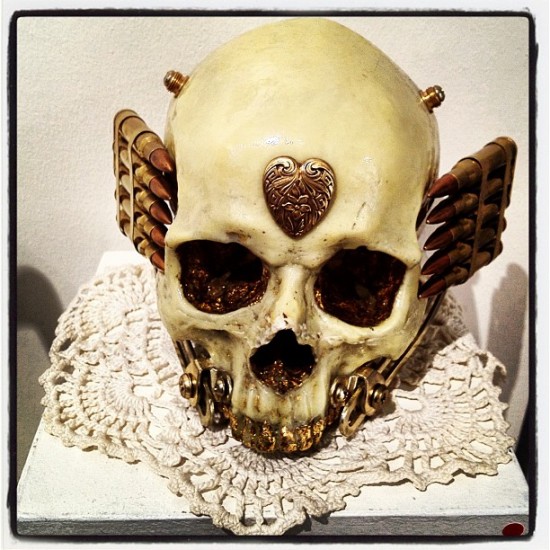 The Skull of Sarah Winchester by Ron Ulicny

In an interview with Hi-Fructose, Ulciny talks about his love for objects:

I can’t really explain what draws me to a particular object in general. Usually a feeling first. Objects that inspire me are endless. Too many “things” in the world to ever get bored. I like putting familiar things in unfamiliar positions and context.

Ulciny is a student of the Rauschenberg school of reality in art: “Personally, I think a painting is more like the real world, if it’s made out of the real world.” 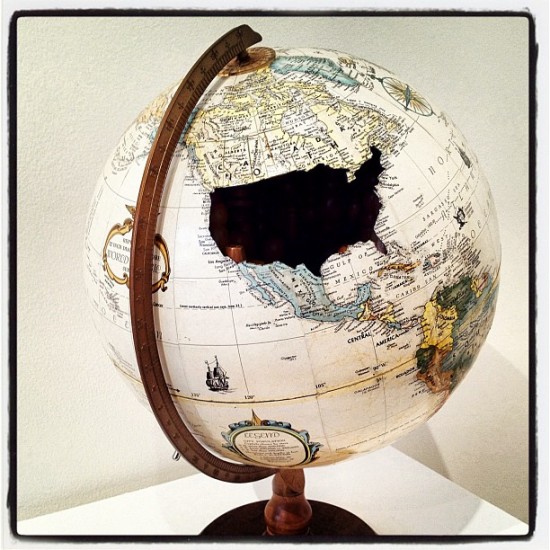 The world is in ruins. Or maybe it’s just the USA. You’ve got less than 24 hours to peer into this globe and find out. Ron Ulciny’s “New Works” closes today, March 22nd. This is the first time I’ve used my iPhone and Instagram to cover an art show, and I’m still pondering the results. You can check out the full show online and nab the last remaining pieces here. 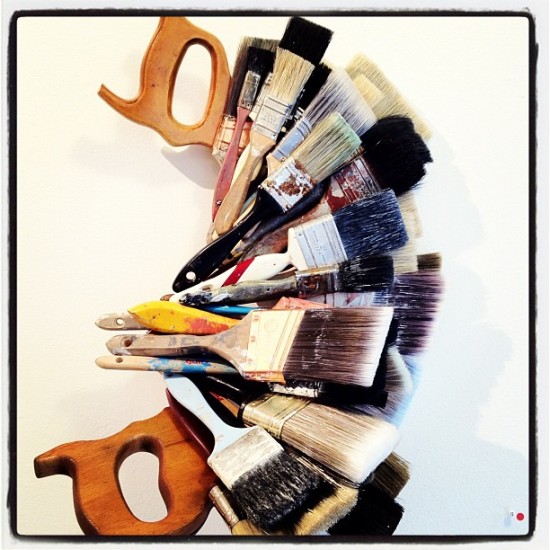 The Pitman and the Sawyer by Ron Ulicny 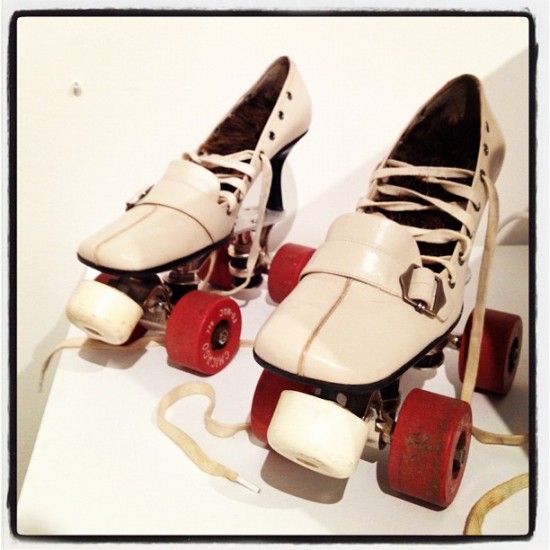 Skates No. 2 (Well Aren't You a Big Girl Now?) by Ron Ulicny 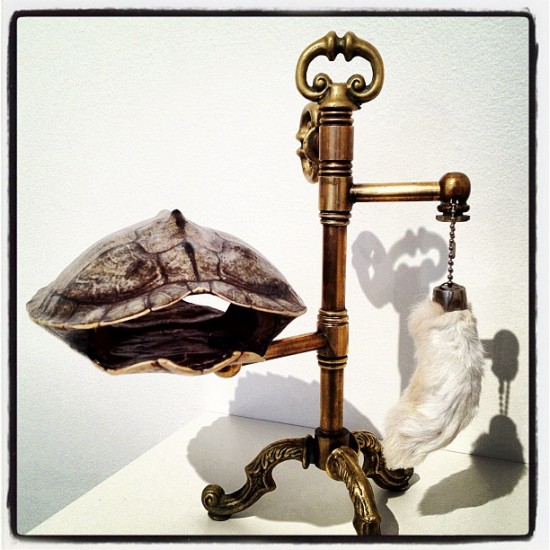 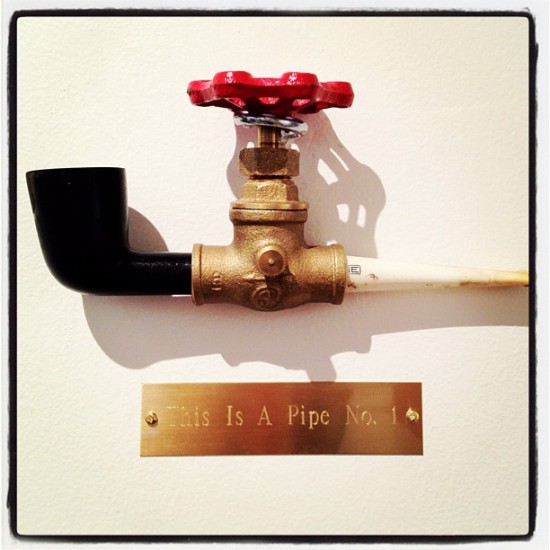 This is a Pipe No. 1 by Ron Ulicny