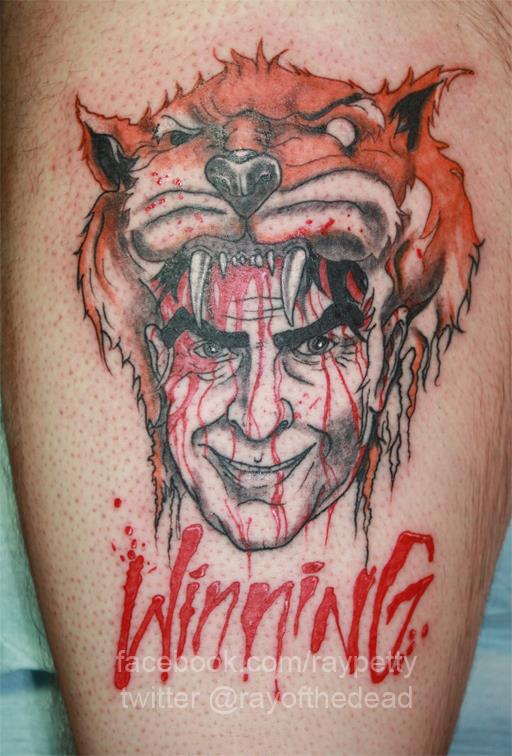 Whether it’s due to a discordance with our accepted (romantic) ideals about the serious nature of art or because artists don’t want to burn bridges to would-be A-list benefactors , you don’t see a ton of art that specifically skewers Hollywood “incidents”. Luckily, Alex Pardee doesn’t sleep and, thus, keeps this salacious contemporary art sub-genre alive. Case in point: The world may have forgiven Chris Brown, but in 2009, for the republishing of Pardee’s excellent “Secrets of Hollywood” book, he created a very special giclee print with his stance on Brown’s actions.

Flash forward to now. At the height of Sheen mania last week, Pardee released this Charlie Sheen giclee. Via Twitter, a platform the Bay Area artist uses frequently, he said this: “It’s not Sheen himself that amazes me, it’s the power of phenomenon that overnight one person can affect pop-culture positive or negative”. I completely agree. It’s that same power that saw Pardee’s image go from digital print to very, very permanent. On Sunday, a Pennsylvania suburbs artist by the name of Ray Petty spilled some tiger blood of his own when he tattoo’d his friend Keith with Pardee’s depiction of Sheen. 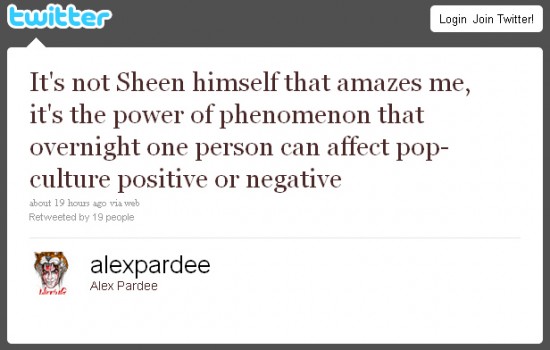 As for Alex, his art for Sheen was included at the end of the most recent episode of Charlie’s U-Stream show, Sheen’s Korner, which at the time of this writing has been viewed 966,621 times. A powerful phenomenon indeed. Keep doing your thing, Alex!