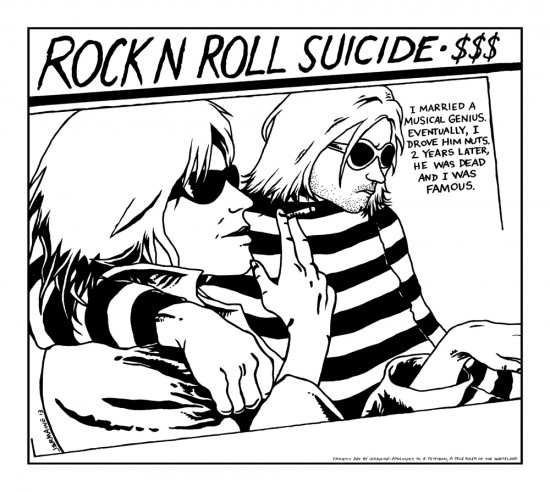 Today, we have a triple play. Read this post, and you’ll learn a little something about music history, art history and history history. This Friday, Jermaine Rogers will release a new art print, Rock-n-Roll Suicide (above), based on the iconic Ray Pettibon album art for Sonic Youth’s 1990 album, Goo (below). 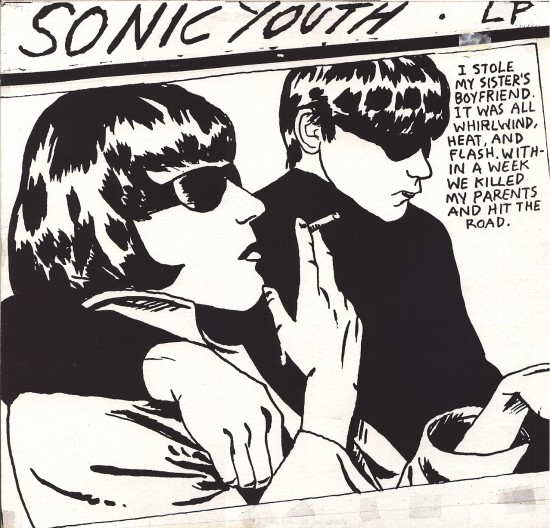 Once upon a time, there was a troubled boy named ‘Kurt’ who met an insane machine who chewed him up and spit him out. 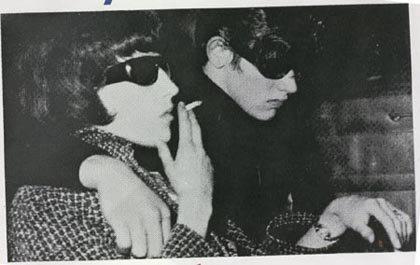 Jermaine Rogers was inspired by Raymond Pettibon to do a “pop culture hijacking” starring Kurt Cobain. Did you ever wonder who inspired Pettibon’s original imagery? (I did.) The inspiration for Pettibon’s Goo artwork was a photo of Maureen and David Smith on their way to the Ian Brady and Myra Hindley trial in 1966. Myra Hindley (aka “the most evil woman in Britain”) and Ian Brady were convicted for the Moors Murders (aka “a concatenation of circumstances which brought together a young woman with a tough personality, taught to hand out and receive violence from an early age and a sexually sadistic psychopath”) in 1966. More about that here. 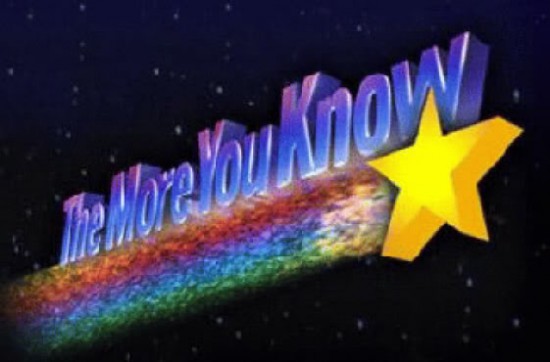