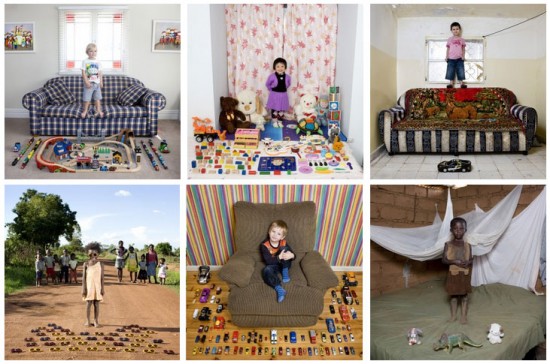 Here’s a toy story for your Tuesday that’s not snarky like Aled Lewis’ Toy Stories or sad like Michael Wolf’s The Real Toy Story. It’s actually kind of sweet! Italian photographer Gabriele Galimberti spent 18 months touring the world and taking pictures. For one project, he focused his lens on children and their toys. 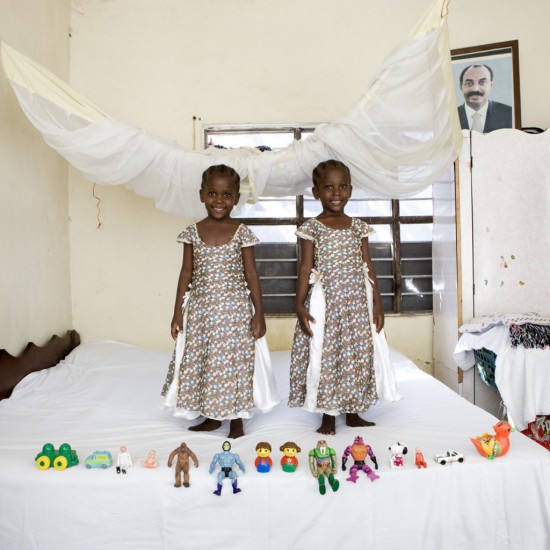 Galimberti writes: “At their age, they are pretty all much the same: They just want to play.” OMG how adorbs are the twin sisters from Zanzibar (above) with their Snoopy and their Skeletor?! 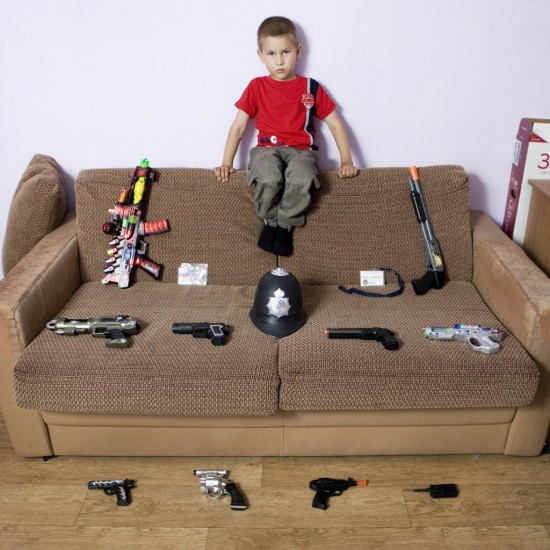 Galimberti found that where economics provided the children with a choice of toys, the type of toys they owned seemed indicative of parental influence—as compared to childish whims. Perhaps Pavel (above) has a police officer parent? 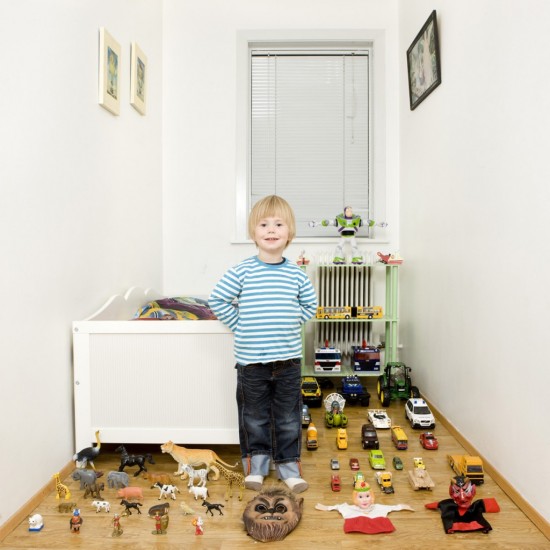 How the children played with their toys and interacted with Galimberti was also revealing:

The richest children were more possessive. At the beginning, they wouldn’t want me to touch their toys, and I would need more time before they would let me play with them. In poor countries, it was much easier. Even if they only had two or three toys, they didn’t really care.

Ragnar from Reykjavik (above) has a great spectrum of toys. 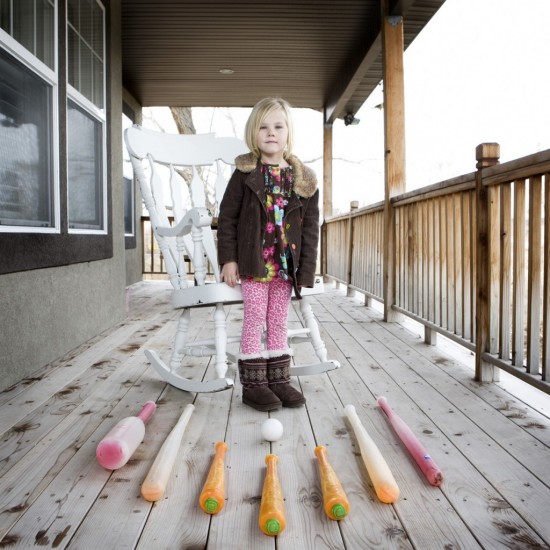 Is it me or does Virginia from Utah (above) look vaguely menacing with her seven baseball bats? Galimberti found that despite being worlds apart, children share similarities when it comes to their toy stories: He tells of a six-year-old boy in Texas and a four-year-old girl in Malawi who both felt their plastic dinosaurs would protect them from kidnappers and poisonous animals, respectively. 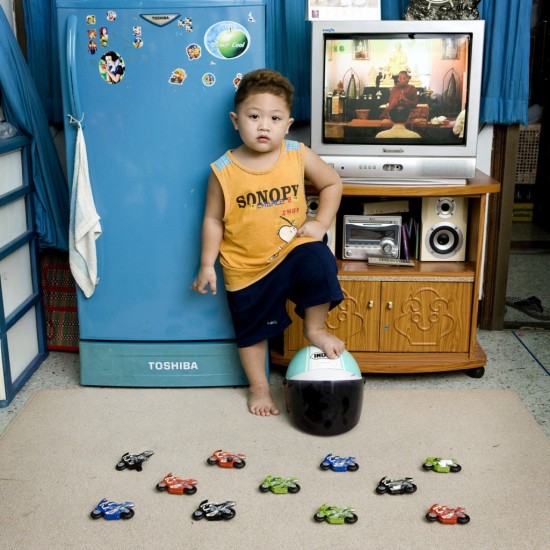 Also common was how the toys reflected the world each child was born into: “the girl from an affluent Mumbai family loves Monopoly because she likes the idea of building houses and hotels, while the boy from rural Mexico loves trucks, because he sees them rumbling through his village to the nearby sugar plantation every day.”

Well, mad props to Gabriele Galimberti for traveling the world, meeting precocious kids and playing with all their toys. How cute is Watcharapon from Thailand (above) with his hard guy pose and misspelled bootleg “Sonopy” T-shirt? Check out the full series of toy stories here, and click through for a few more of my favorites. 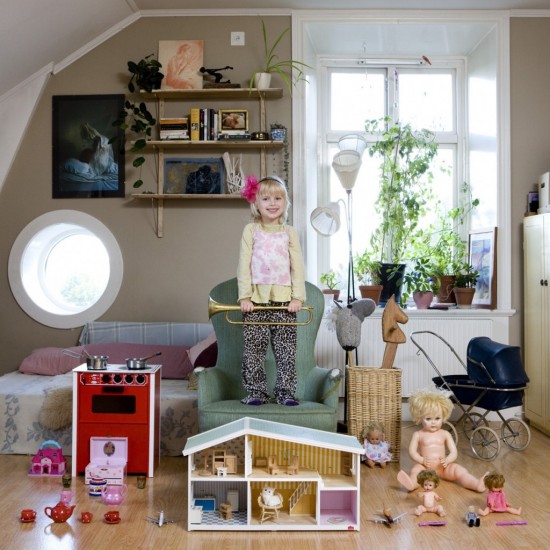 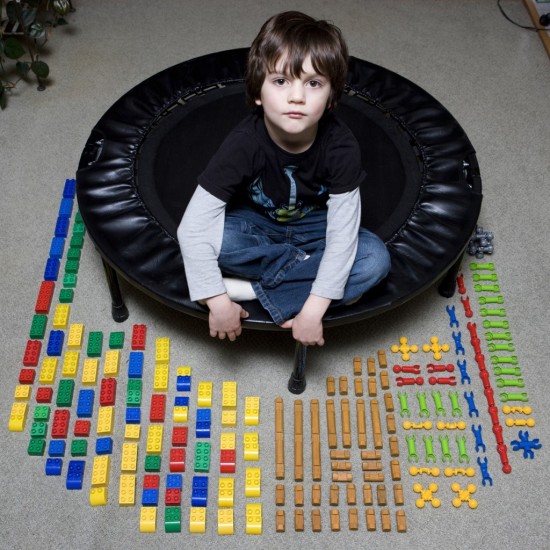 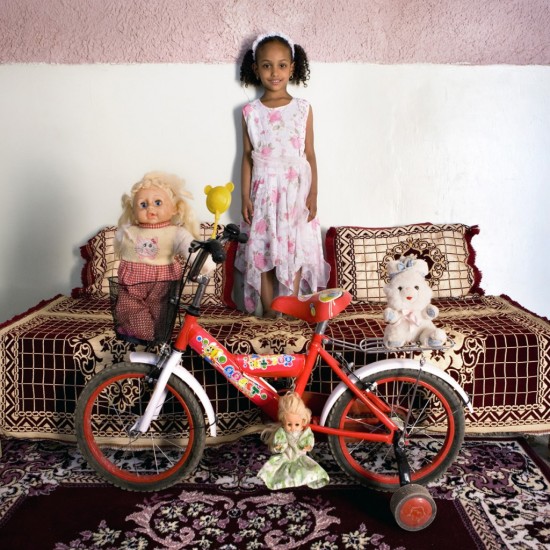 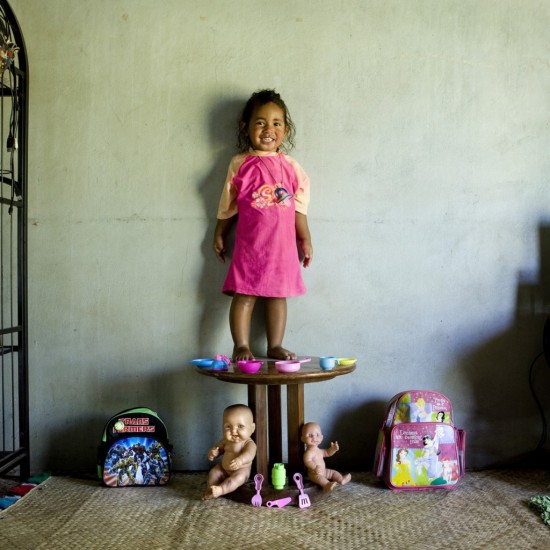 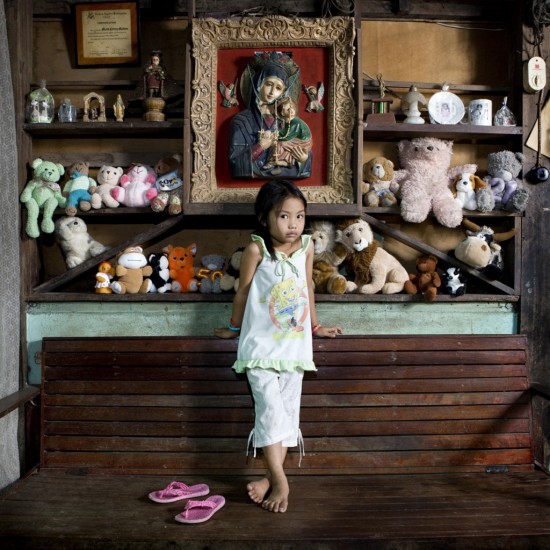 Allenah from the Philippines © Gabriele Galimberti 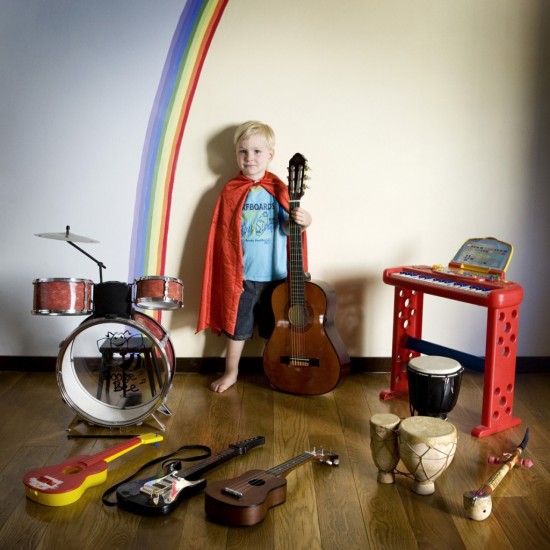