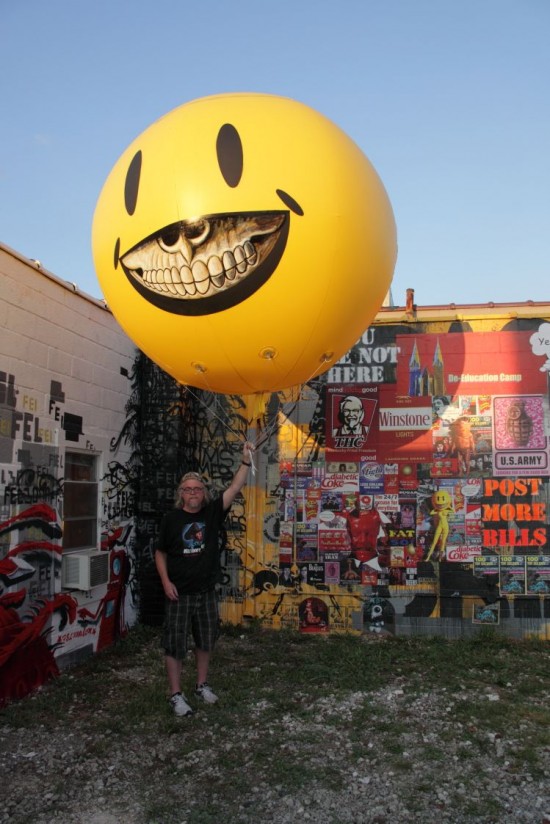 At a time like this, artists are the last people to be in favor of economic inflation, but their sure are a lot of inflatable art artists! Perhaps it’s just a coincidence, but it seems like quite a few artists are turning toward another, more fun, kind of inflation. Here are five recent inflatable projects from Ron English, Os Gemeos, Gary Baseman, FriendsWithYou and Buff Monster. 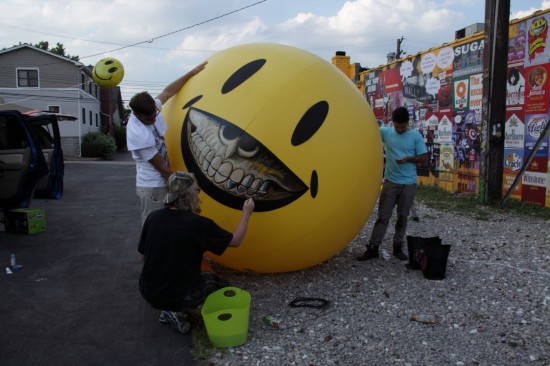 Ron English was recently in Detroit, where he hand-painted this giant balloon with imagery from his Grins series. Read all about it here. 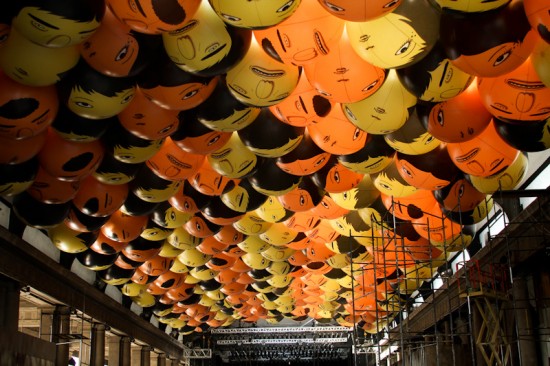 Os Gemeos is currently setting up a “balloon head” installation in Rio de Janeiro for the Back2Black Festival that begins tomorrow. More pictures and info here. 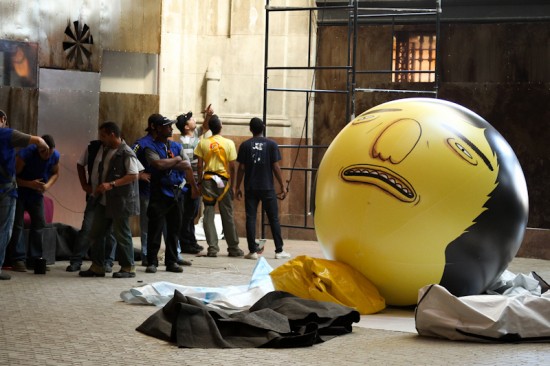 Here’s Gary Baseman with the biggest Toby I’ve ever seen, as part of last year’s Art From the New World event in the UK. 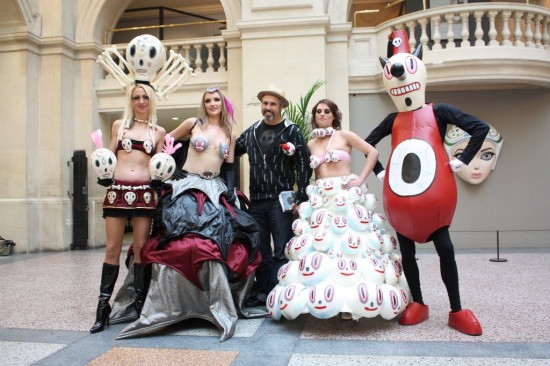 Gary Baseman, Toby and Friends in the UK

Baseman’s Toby figure was released in 2005. Toby accompanies Baseman around the world on his adventures. Following him on twitter is mandatory.

Click through for info on purchasing inflatables by Baseman, FriendsWithYou and Buff Monster! 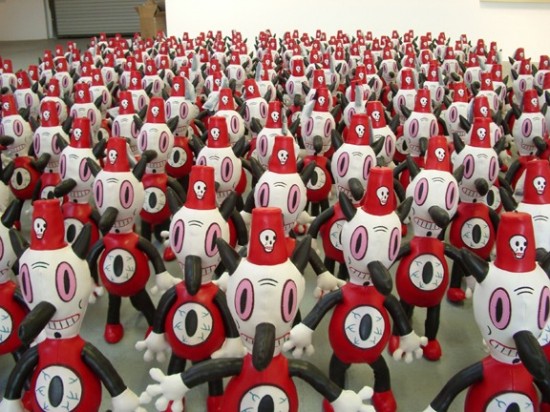 Acquiring one of the original plush Toby figures will set you back between $500-$1,000 on the secondary market, but Loyal Subjects is releasing a 36-inch inflatable version for $80 on August 30th. Mark your calendar… 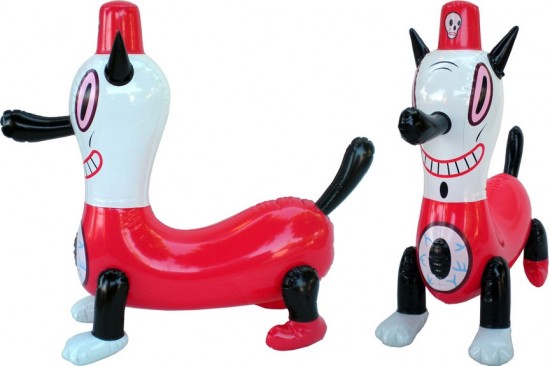 FriendsWithYou set up an inflatable wonderland on NYC’s The High Line this summer. 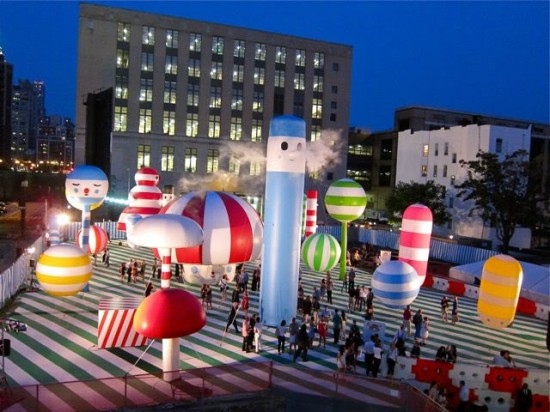 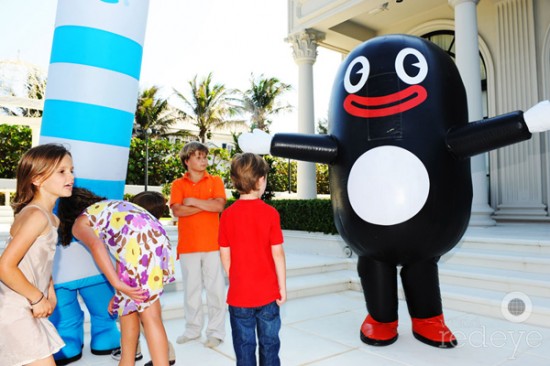 Loyal Subjects just released an edition of 250 FriendsWithYou Mr.TTT Bop Bags. They measure 52 inches or four feet tall! If you punch them, they snap back. But how could you smack Mr.TTT? Available now for $90 each here. 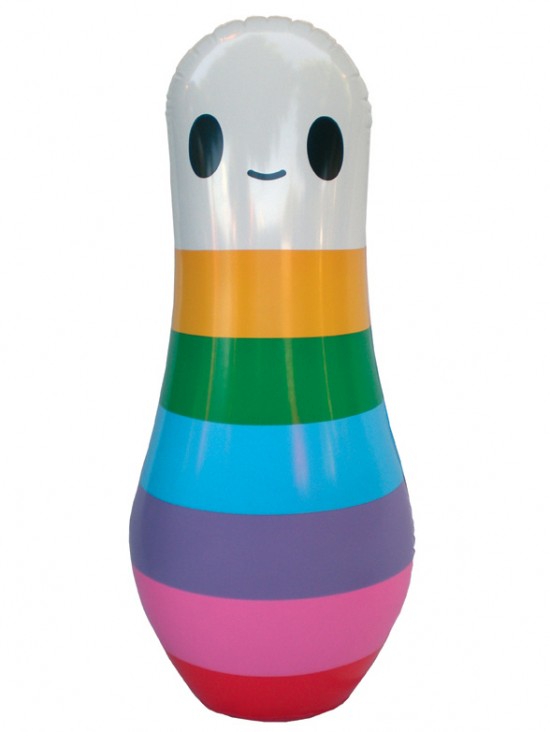 Buff Monster set up a giant ice cream sculpture last year at Art in the New World in the UK. 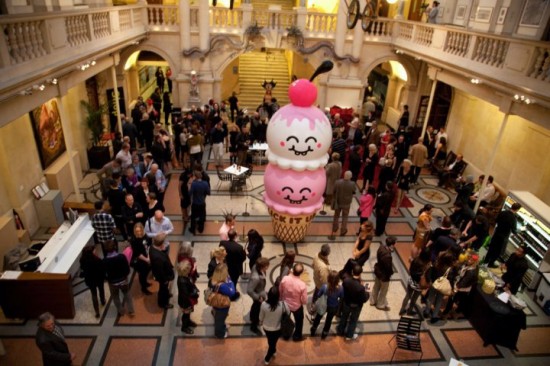 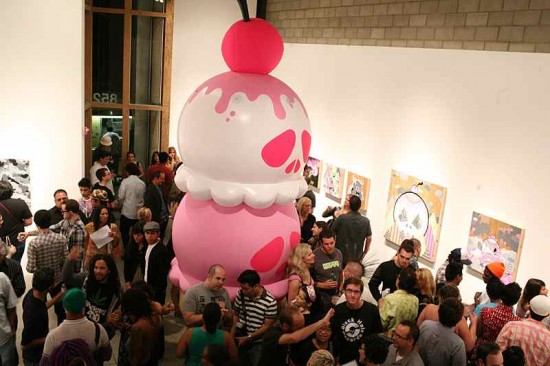