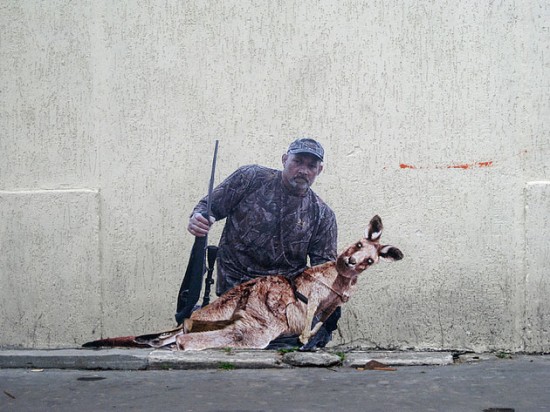 It sounds like an oxymoron, and maybe it is, but here are two artists making positive animal carcass art. 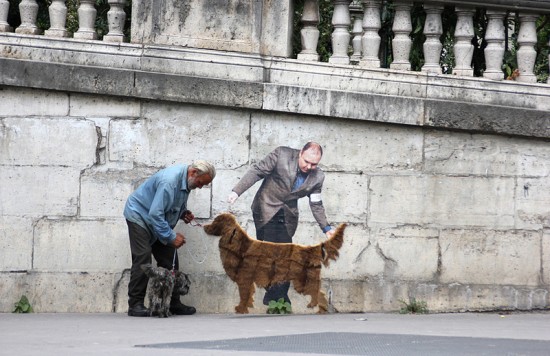 Best in Breed by Neozoon

Neozoon is a Paris and Berlin-based female art collective. One could say that they have developed a reputation for “pelting” the city streets. 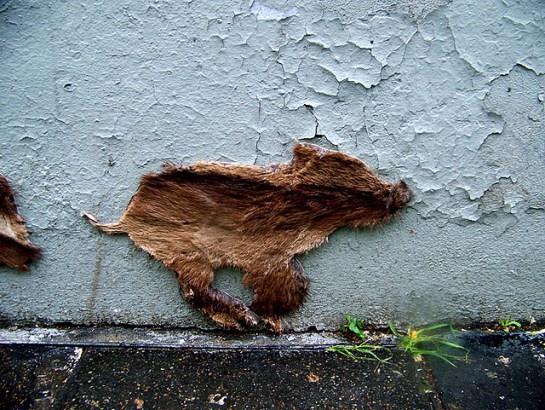 Think of it like if Banksy was into texture and upcycling. Or just think of it as Neozoon. Cool stuff. 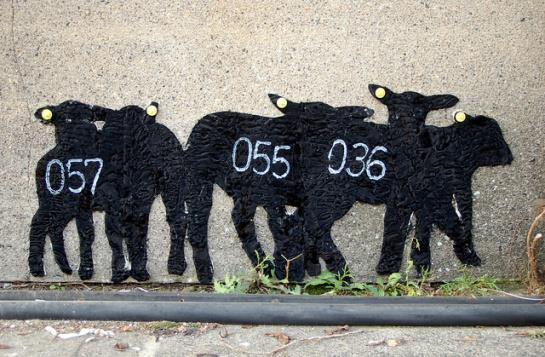 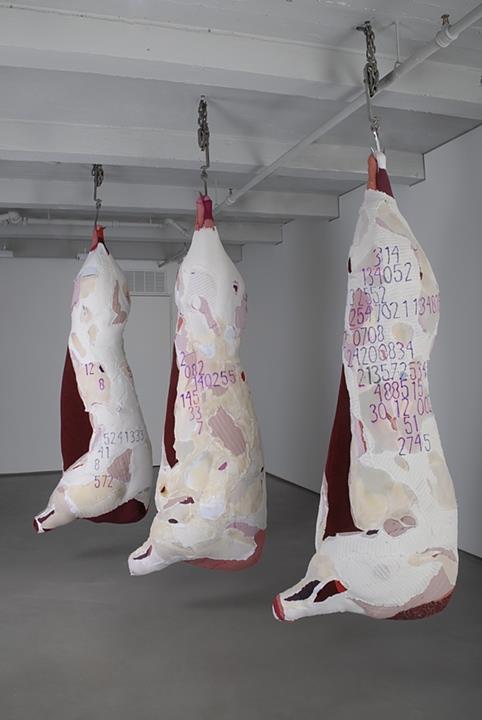 For the creation of these works I cannibalized my clothes: I used fabrics and textures to conjure flesh, bone gristle and slabs of fat in life-size sculptures of livestock carcasses. My intention is to confront the viewers with the real and grotesque nature of violence, offering a context for reflecting about the vulnerability of our physical existences, brutality, poverty, consumption, and the voracious needs of the body.

Neozoon traffics in similar content, but on the street vs. in the gallery. 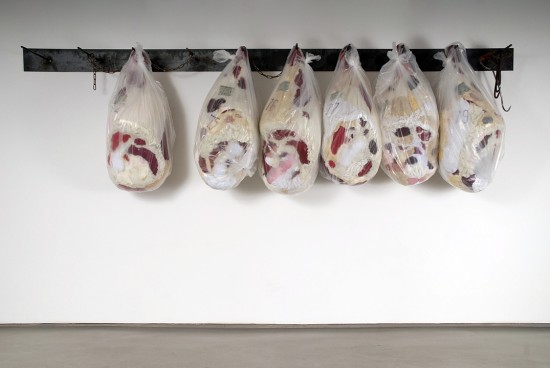 One and a Half by Tamara Kostianovsky

I hit up Wikipedia for an explanation of Kostianovsky’s title, Actus Reus:

The terms actus reus and mens rea developed in English Law are derived from the principle stated by Edward Coke, namely, actus non facit reum nisi mens sit rea, which means: “an act does not make a person guilty unless (their) mind is also guilty;” hence, the general test of guilt is one that requires proof of fault, culpability or blameworthiness both in behavior and mind.

Does that then question the culpability of carnivores with clean consciences? 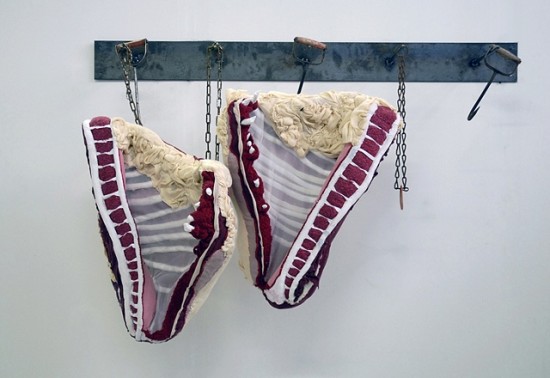 Kostianovsky’s work is interesting and not for the squeamish. Neozoon’s is a bit lighter. Both artists give voice to the animals who can’t make art on their own. (Obviously cats excluded.) 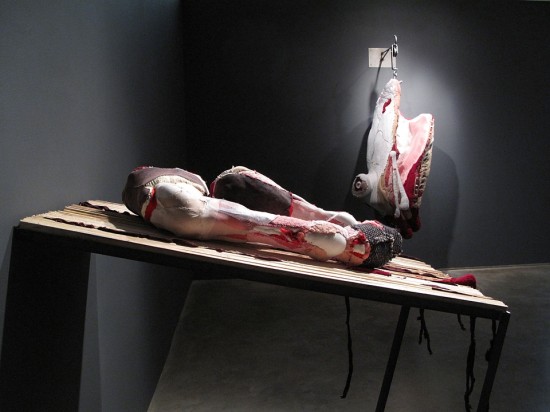