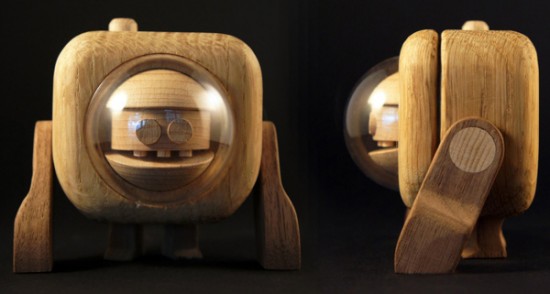 Aaahhh! I love these winsome woodbots by Loulou, half of the adorable art team known as Loulou and Tummie. The Dutch design duo are always doing delightful things (like this new poster for the Museum of Childhood), but these wooden robots take the cuteness to a 3D level. The woodbots aren’t client work; rather they’re part of a personal project, and I’ve been following along on social media as Loulou carves out a whole robot family. 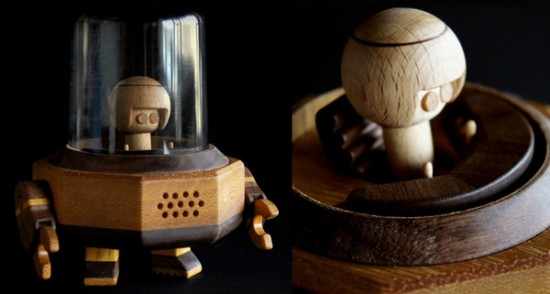 When not sweating behind the computer, Loulou can be found in his little shed, covered in dust, utilizing dangerous woodworking machinery. Sanding, chiseling and glueing various pieces of tree together. He’s building an army of robots and other creatures big enough to take on a raccoon!

I hope it doesn’t come to that…! (We like raccoons!) 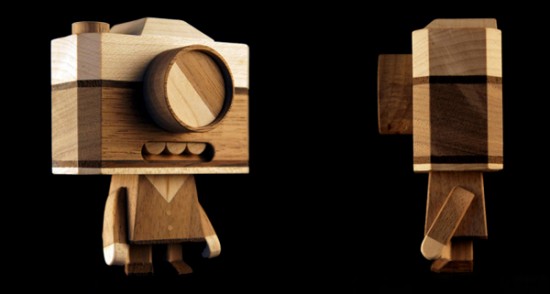 The wooden figures range in size from 2-6 inches, and LouLou makes them out of black walnut, maple, beech, zebrano, iroko and oak woods. As for tool talk: “Except for the table saw, none of the tools are very fancy machinery by the way. All are just pretty cheap, homemade, borrowed or old and battered tools. Beside machines, most of the work is done by hand with chisels, various files, small saws, a hammer and loads of sanding paper.”

Love them all! Don’t you think they’d be pals with Pepe Hiller’s wood chaps?