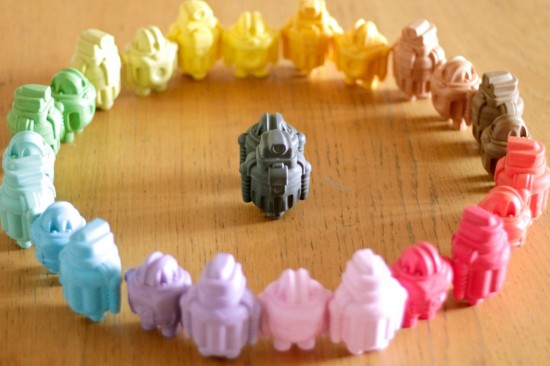 Cris Rose recently announced a new rainbow of resin robots to be released colour by colour (he’s from the UK, OK?) each month. He’s decided to create a spectrum of 12 colourful Robotone Sprogs in 2 different robot sculpts. If you collect all 12 of one ‘bot body and send Rose a photo, he’ll send you back an exclusive 13th colourway for free. 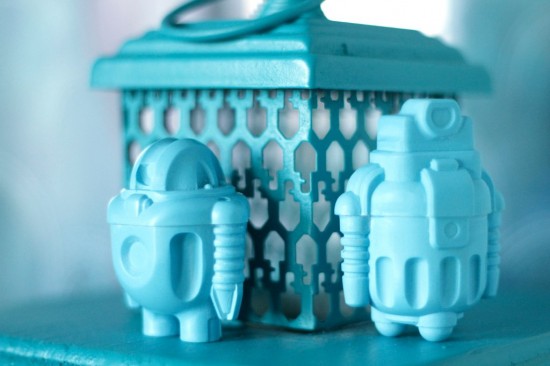 The Robotone Sprogs are hand-cast solid-coloured resin, and this month, London-based Rose has the January blues. The blue ‘bots come bagged with header cards and are available here now for just $25 each. 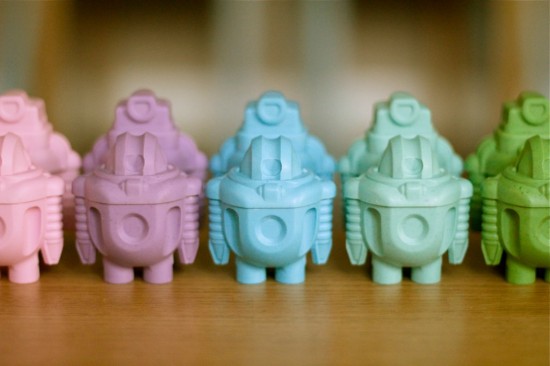 The initial batch of blue Robotones sold out on Saturday, but since it’s an open release, Rose will continue making them til the end of the month. On Sunday morning, Cris tweeted that “Renold [the shorter legged ‘bot] is the more popular of the two by about 30%.” He also mentions contemplating holding individual orders and sending them out as batches to save on shipping, but concludes: “who doesn’t want a lovely colourful bot on their doorstep every month?” Indeed. A new colour will be released on the 7th of every month at Rose’s online shop. Spoiler alert: February is pink. 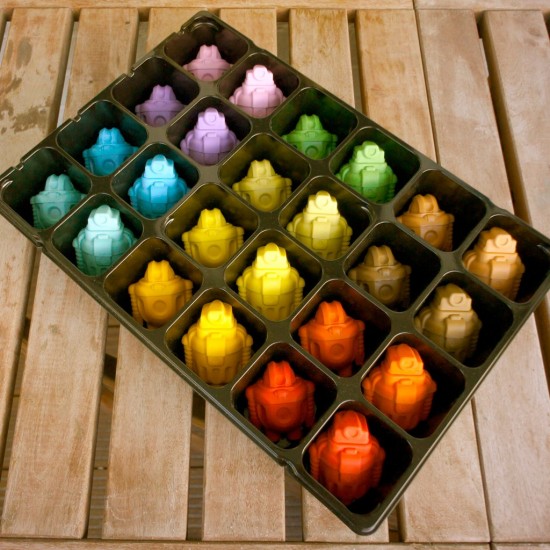