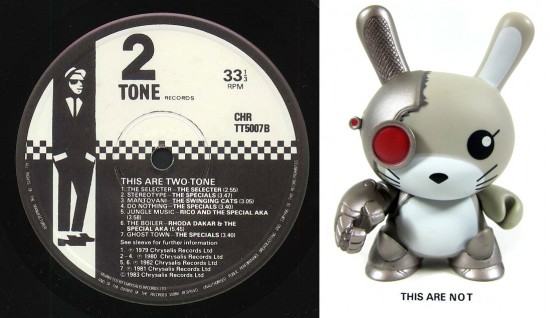 A couple people suggested I write a review of Kidrobot’s 2Tone Dunny Series. I’ll ask you what I asked them: why? It can be pleasing to write glowing or scathing reviews, but there’s little reward in that ho-hum area smack in the middle of the spectrum, which is where this series falls.

I like words, and I appreciate when they’re used correctly. 2Tone Dunnys are neither 2 Tone nor two-tone. A handful of the Dunnys are black & white with one color, but then there are those that are 3-tone+.  I can’t entirely blame Kidrobot for misusing the meaning of two-tone because more than half the Google images for two-tone made about zero-tone of sense. (At least this one had a Ricci.) 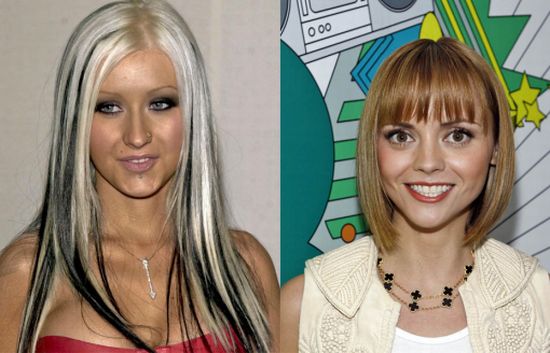 Moving past linguistics, this series, which was a special release, is not cohesive. Kidrobot’s last special series, Dunny Endangered, chose the uniting factor of fauna. Dunny 2Tone is all over the place: mecha, steampunk, tribal, graffiti, baseball… The same goes for the artists. It’s nice to see several new names in the Dunnyverse, particularly those from the illustration/design sphere. Unfortunately, this casts characters by Kidrobot regulars, Doktor A and Huck Gee, in an awkward light. When I look at the Gary Baseman “2Tone” exclusive, I wonder if this is Kidrobot overcompensating for an interesting-but-largely-unknown roster with pinch-hits from the KR home team? 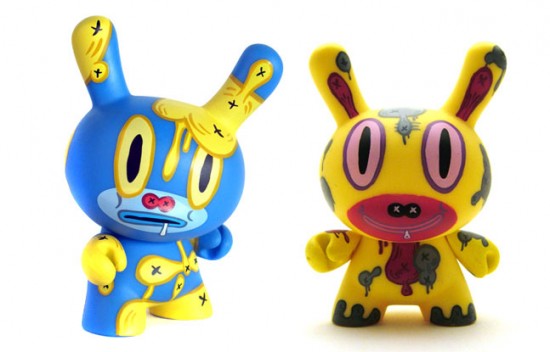 Note that this isn’t meant to call out Gary, Huck or the Dok. It’s just another signal in this triple-play of fragmentation. To recap, it’s a special series with:

If Kidrobot had simply stuck to the boundaries of the titular color palette, they’d have had a better shot at tying Dunny 2Tone together. As for the way they released it, I have no problems with it. As far as I’m concerned, Kidrobot’s release strategy was a win. Friends of mine with retail stores were able to sell out their initial supply of cases, allowing them to then stock more. Fans who were excited for the special series got the thrill of having them before everyone else. Fans who weren’t able to get a case on release day are now able to get them again. The only people who lose are the folks who bought their Dunnys with the intention of flipping them due to their incorrectly presumed scarcity. But then again, that’s toy karma for you.