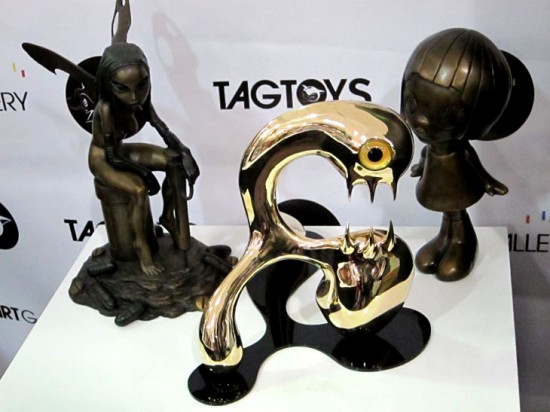 “The world’s first and leading toy art gallery,” suitably named Toy Art Gallery, had a stall at DesignerCon. Here’s where the line between toys and art and sculptures really gets blurred. In a good way. In my opinion.

Gallery owner Gino Joukar has an eye for the high end, and he’s investing in the idea that (perhaps when we get out of this recession) collectors will grow into bronze.

Carlos Enriquez-Gonzalez‘ colorful sculptures were positioned near the front of the stall, where I stood and watched people stop, lean down, and then look over at me and say, “I just took a picture of that vagina.” Damn right you did. 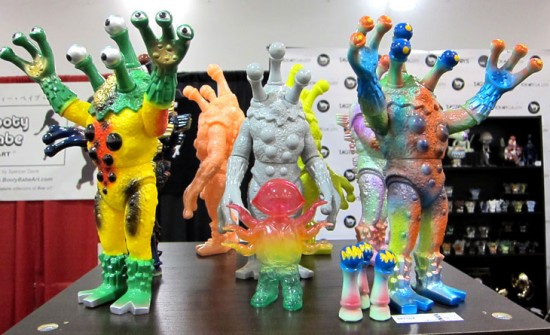 San Francisco homie, Mark Nagata, is working with TAG to produce a run of the Alien Argus figures seen here. 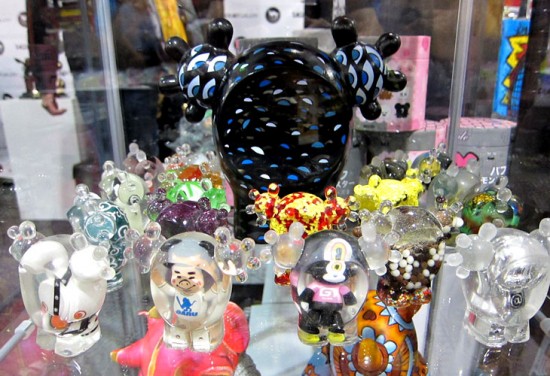 Tan-Ki, whose resin inclusions currently fill TAG, was featured in a micro-show for DesignerCon. 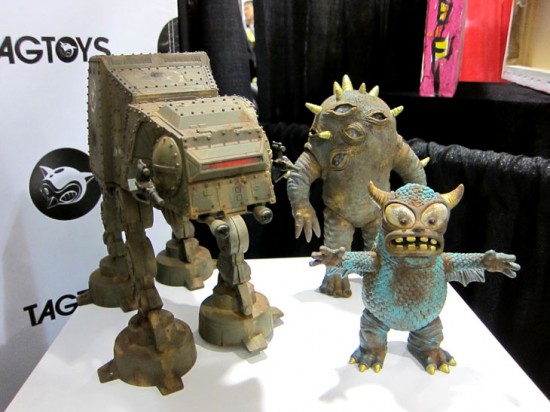 And in this corner, Dril One, provides a little teaser for his upcoming 5-man show, Metallic Machinations, on December 12th at TAG.