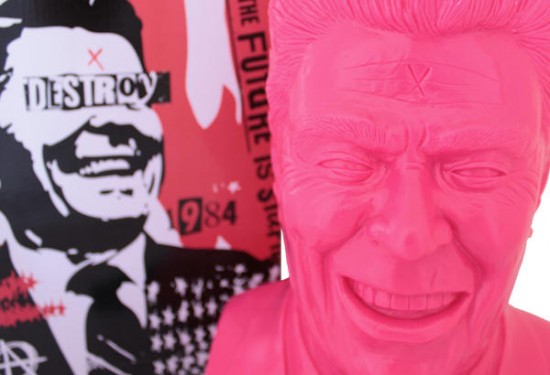 Clutter, which recently announced its pink exclusive Reagan “Gipper” bust by Frank Kozik, just took playing with politics one step further. CEO and founder Miranda O’Brien, who relocated from England to America “land of the free”, is “shocked and appalled”. She issued the following awesome statement:

Many freedoms we celebrate having as women in America are under scrutiny and on trial by the current Republican attack. These Republican men and women think they have the right to legislate any women’s rights and relationships with their doctors. And to go so far as demeaning women by mandating forced vaginal ultrasounds for women choosing to undergo an abortion, an already painful choice for any woman under any circumstance, its just downright senseless and disgusting. These same legislators do not and will not vote for forced prostate exams for men who want Viagra, because this really isn’t about legislating morality or trying to curb society’s sexual appetite, it’s about the right wing succeeding in their desire to control women and their bodies. 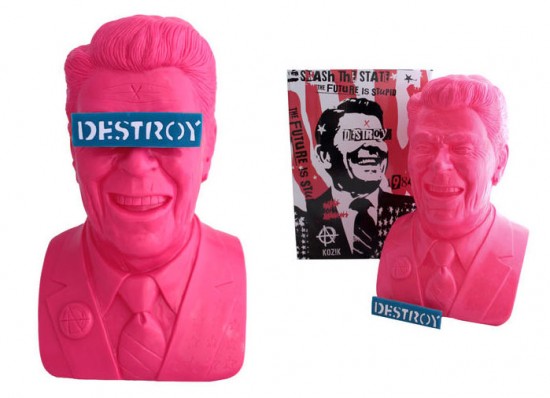 Due to the “Republican cultural war on women, and the spate of legislation sweeping the nation in Republican controlled legislatures,” O’Brien has decided to direct a portion of the proceeds from Clutter’s exclusive pink bust to Women’s Strike Force.

This already politically timely work of art has taken on new meaning for me as a woman in the election year, and the fact that this Reagan bust is pink makes it the perfect symbol for women’s rights.  I think it’s time women stood up and supported one another in making sure that our rights as citizens don’t slide back to the 1900s!

I don’t even care if this is a marketing ploy. (I actually think it’s quite genuine.) The stakes are too high this election, and I applaud O’Brien for using her soapbox to shout. Besides, what with that recent mess between Komen and Planned Parenthood, it’s cool to see pink be returned to its proper pedestal.

As for Mr. Kozik, who yesterday tweeted a link to a Rush Limbaugh recall petition, he says:

“I am 110% pro planned parenthood and I fully support CLUTTER and the statement my art makes.”

Bravo to everybody on this one! 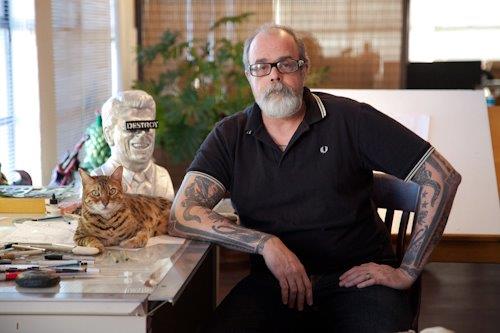