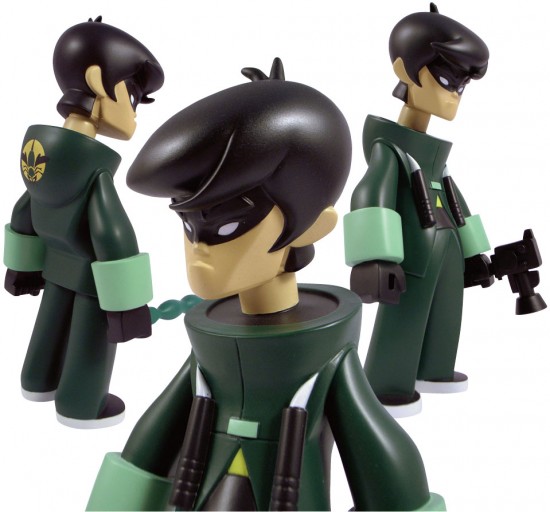 Tomenosuke in Japan has the exclusive green colorway of KaNO‘s Dragon King. This variation on the character is aptly called the Green Hornet. I must admit that the Green Hornet looks better in vinyl than on celluloid, as Michel Gondry’s miscast, un-funny Green Hornet, was one of the worst movies I saw in 2011.

I feel like you’d get way more mileage out of your money by acting out the script with this toy and a stoner friend vs. paying to see the film. The 8-inch Dragon King Green Hornet edition was produced by Kuso Vinyl and is limited to 75 pieces. It’s available for $70 + S&H here.

Click through for pictures of the Dragon King Green Hornet packaging. 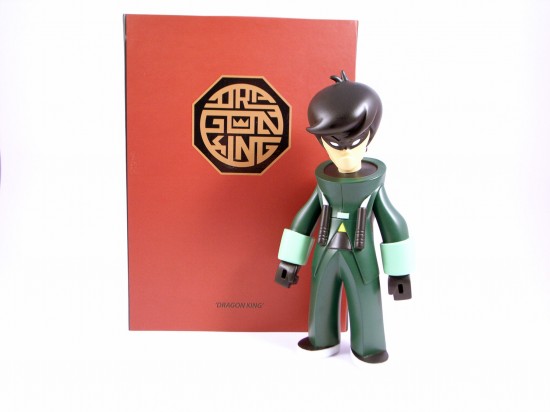 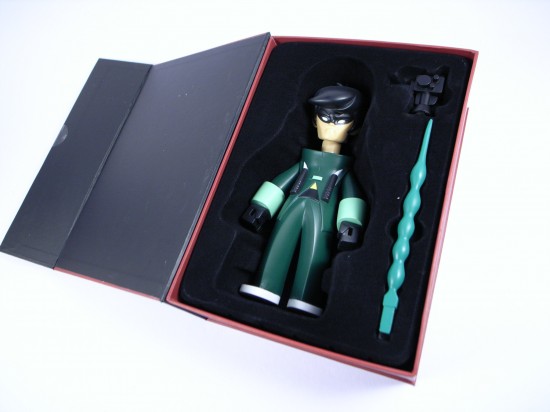 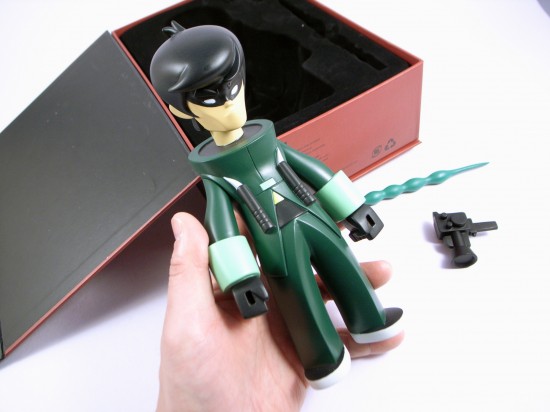