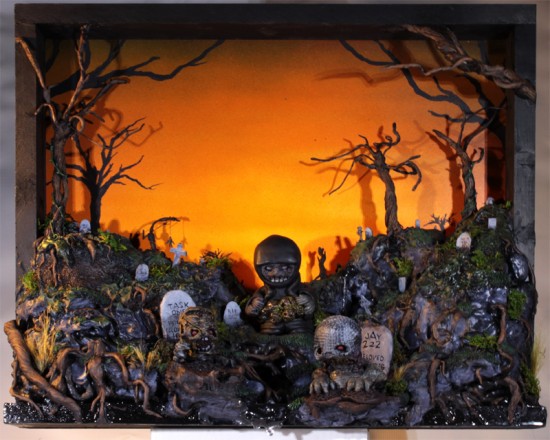 A Beautiful Night for Necromancing by Task One & Jay222

Diorama is not a dirty word, but Task One calls his latest body of work: reliefs. For the last several months, Task has been holed up in his studio creating some of his most ambitious pieces. Words that come to mind include: elaborate, collaborative, compelling and obsessive. Add “creepy” to the list for his collaboration (above) with local monster-maker Jay222. 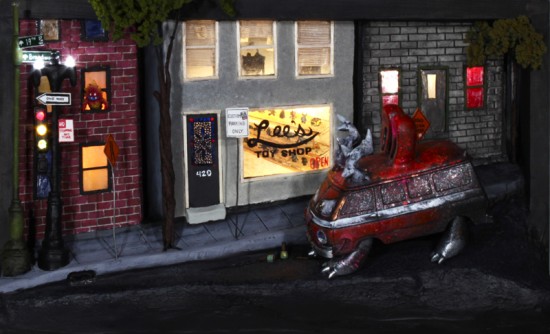 Custom Parking Only by Task One and Leecifer

For the Contemporary Figure Modification show at Toy Art Gallery, Task “wanted to
step up the customs to a new level, but, yet get back to the scenery pieces I was focused on before [getting into] art toys”. Several of his works, like the one above (a collaboration with Leecifer) had their genesis in a 2010 series of Task’s digital (Photoshopped) images. 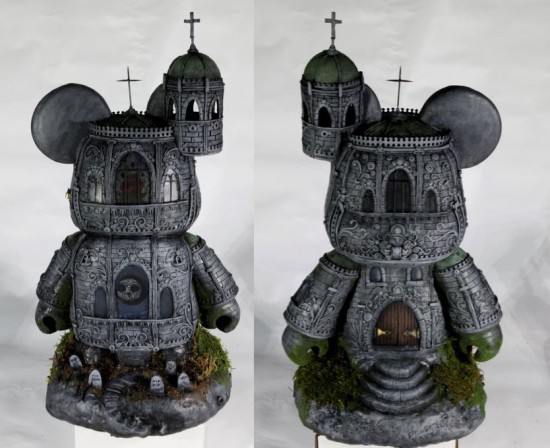 It was this figure, entitled Qee-thedral after the Toy2R platform figure, that proved (for me) to be a game changer. Folks who follow this blog have probably noticed that I don’t cover a ton of customized toys that reshape or disguise the platform under layers of sculpting. The simple reason for this is: I just don’t dig them. Qee-thedral however is an awesome exception. 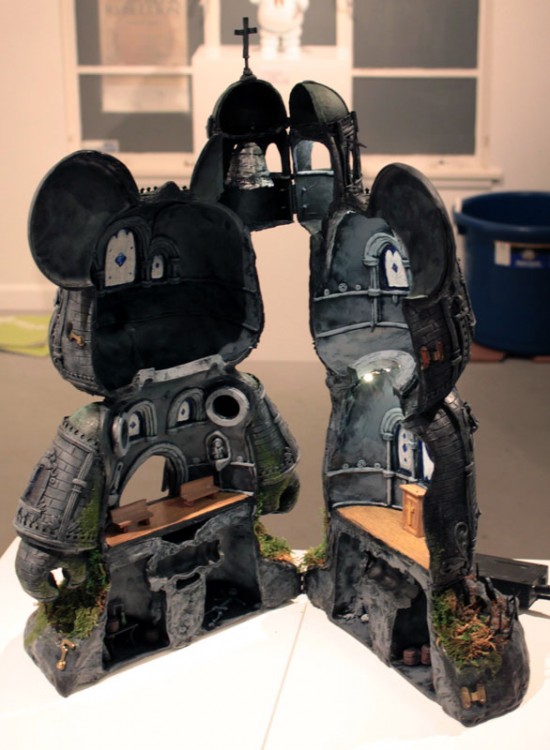 Task wrote: “This was a 4 month, close to 200 hour transformation. I could probably spend another 100 hours on it just adding more detail and gargoyles.” He split the 20-inch vinyl in half “so it can open like Castle Greyskull.” Who does things like this? Driven, detail-oriented artists smoking their way through blocks of Super Sculpey? This just works. 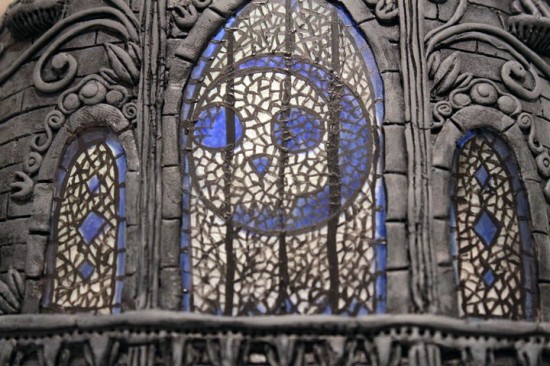 I like how Task retained the recognizable shape of the Qee figure despite going OCD on the embellishments. He even gives subtle shout-outs to the Toy2R logo in this “stained glass” window. I could stare at this piece for a while and not be bored. It’s a technical accomplishment for sure, but there’s feeling here too. 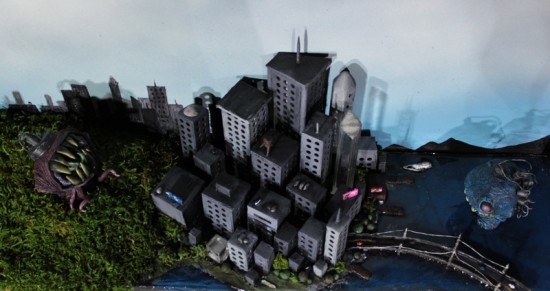 Task collaborated with Nerviswr3ck on the Kurt Cobain tribute above entitled: Frances Farmer Will Have Her Revenge On Seattle. 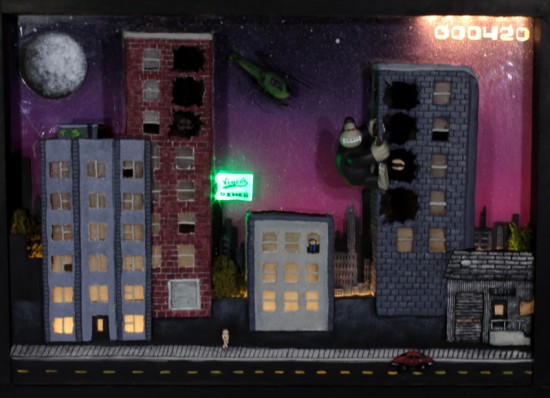 Here, he’s having some fun with King Ken. Elements like the 420 score and the LED lighting are pure Task One. 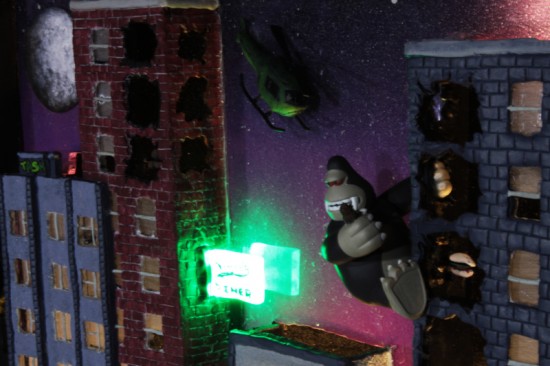 Inspiring work from a talented guy who should just move back to Oakland already, OK? Check availability and prices of Task One’s pieces for Contemporary Figure Modifications here.