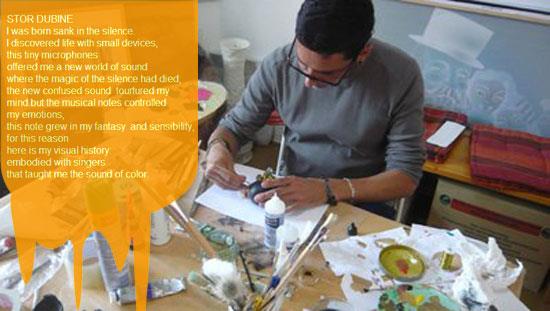 I don’t post a lot of custom toys around here, but I’m always charmed by Stor Dubiné‘s Munny Legends. The Berlin-based artist recently added new tribute toys to his Hall of Fame and exhibited them as part of his show, My Childhood Visuals. 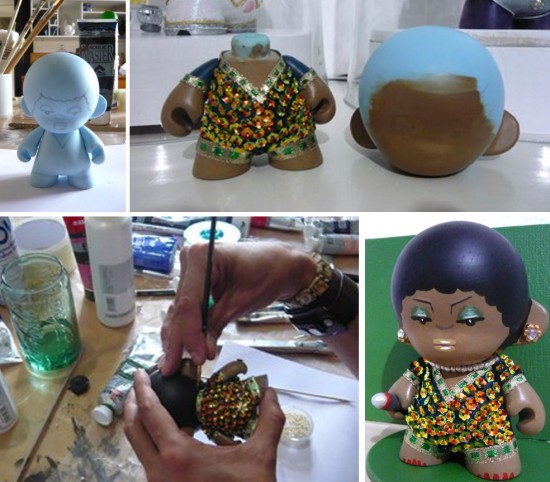 I’ve been following Dubiné’s work since 2008, and he approaches his subjects with heart and soul. His customs are all inspired by the voices and personalities of 1970s and 80s chanteuses, including: Liza Minelli, Elvis Presley, Donna Summer, Michael Jackson, Tina Turner, Elton John, Cyndi Lauper, Stevie Wonder, Grace Jones, Nina Hagen, Gloria Gaynor and Debbie Harry.

I’m always in awe when I think about Dubiné’s experience growing up with severe hearing loss and how music taught him “the sound of color”. He writes:

I was born sank in the silence.
I discovered life with small devices.
These tiny microphones offered me a new world of sound.
Where the magic of the silence had died.
The new confused sound tortured my mind,
But the musical notes controlled my emotions.
This note grew in my fantasy and sensibility.
For this reason, here is my visual history.
Embodied with singers that taught me the sound of color.

Love the way he puts it. Music and art really do have the power to transform. Click through for more Munny Legends and friend Stor Dubine on Facebook; he seems like a good guy! 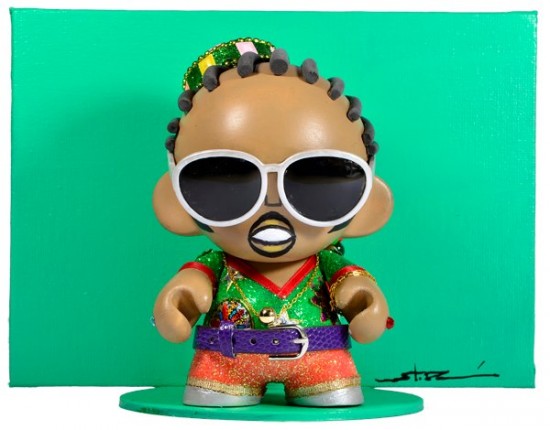 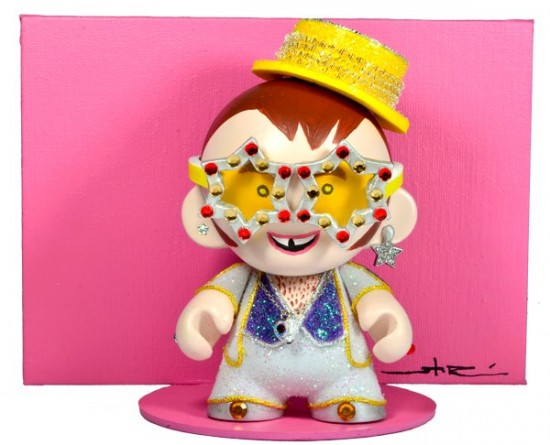 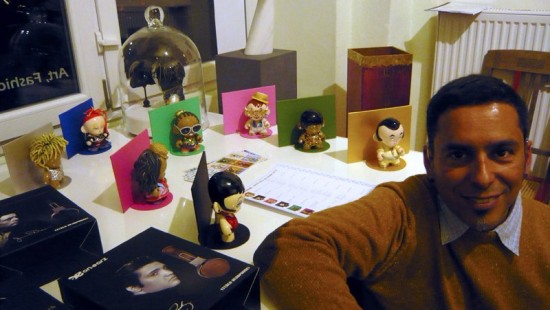 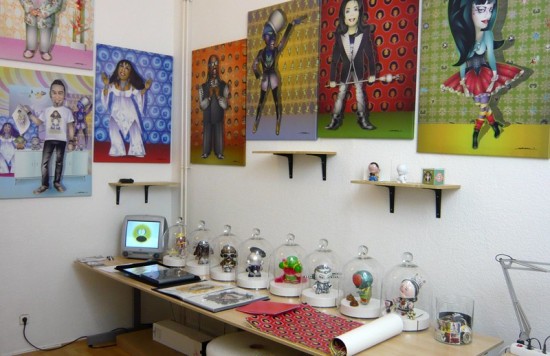 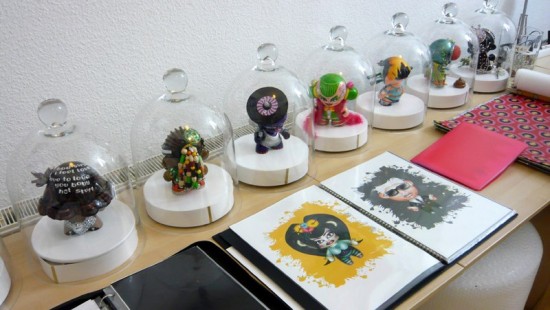 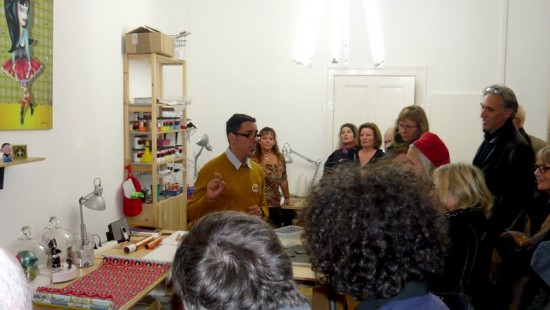 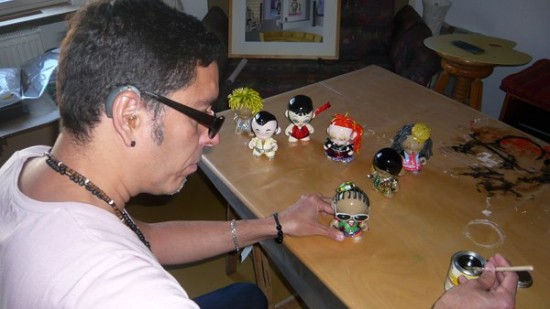 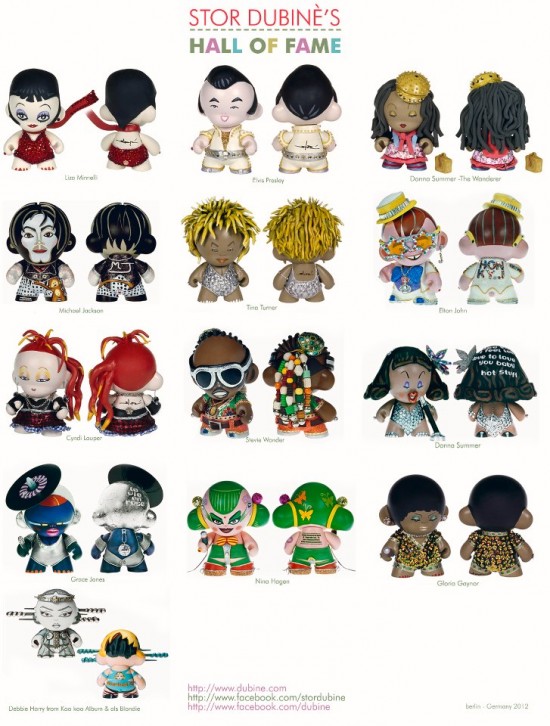