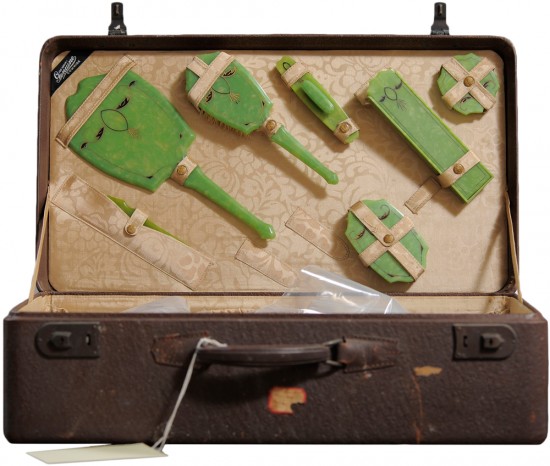 When I’m doing an interview, I often ask my subjects what items they’d bring with them to live out the rest of their days on a far away island. Most of us won’t actually find ourselves in that situation—unlike the residents of New York’s Willard Asylum for the Chronic Insane. From the 1910s through the 1960s, patients came (were committed) and went (died), leaving behind a collection of fascinating unclaimed suitcases. When Willard closed in 1995, former staffers preserved hundreds of these amazing time capsules. 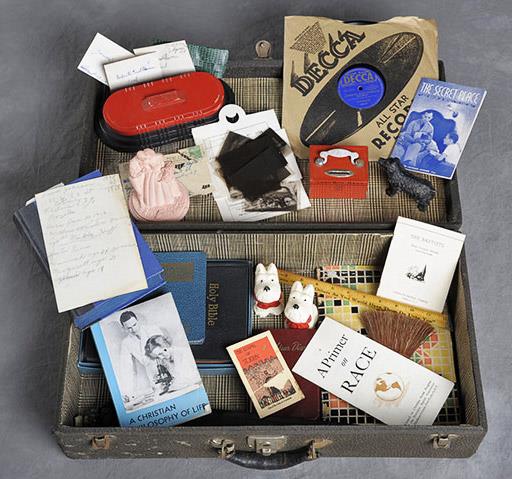 Photographer Jon Crispin (voluntarily familiar with asylum interiors) ran a successful Kickstarter campaign in 2011 to document the contents of the Willard suitcases. A selection of his photos will be shown as part of the inaugural exhibit when San Francisco’s wonderful Exploratorium re-opens at its new location in just a couple weeks. 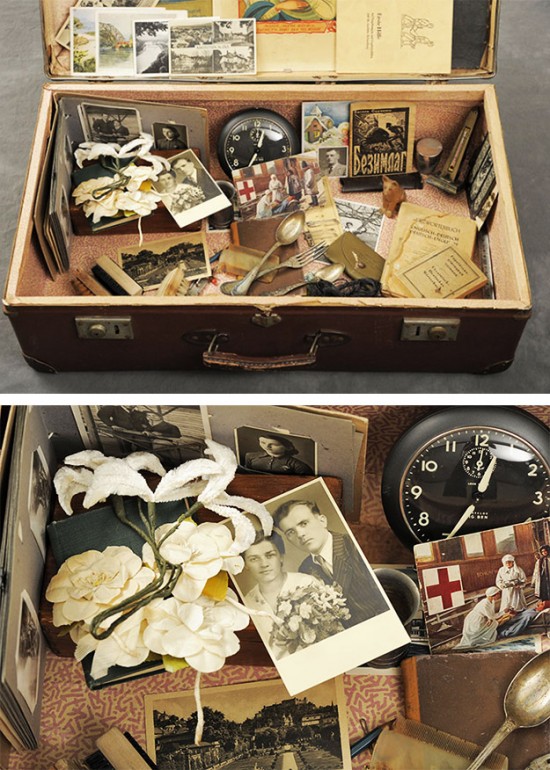 Collectors Weekly posted some of the suitcase photos and talked to Crispin. He describes how when the asylum shut down, “They basically just closed the doors and walked away. They left all kinds of amazing objects inside these buildings, including patient records in leather-bound volumes.” He continues:

Initially, my idea was to pair the suitcase photographs with some indication of why these people were in Willard. As the project evolved, I found I wasn’t that interested in such a literal connection. The suitcases themselves tell me everything I want to know about these people. I don’t really care if they were psychotic; I care that this woman did beautiful needlework. I’m much more interested in the objects themselves and what people thought was important to have with them when they were sent away.

I totally get that. The patient’s possessions are incredibly rich with information. They tell stories of who these people were prior to being committed. After all, their lives didn’t really continue in the traditional sense at Willard, and very few patients left.

Take Ethel (above), for instance. Her 1930 case notes indicate that she’s basically being held at Willard for being a sarcastic lesbian. 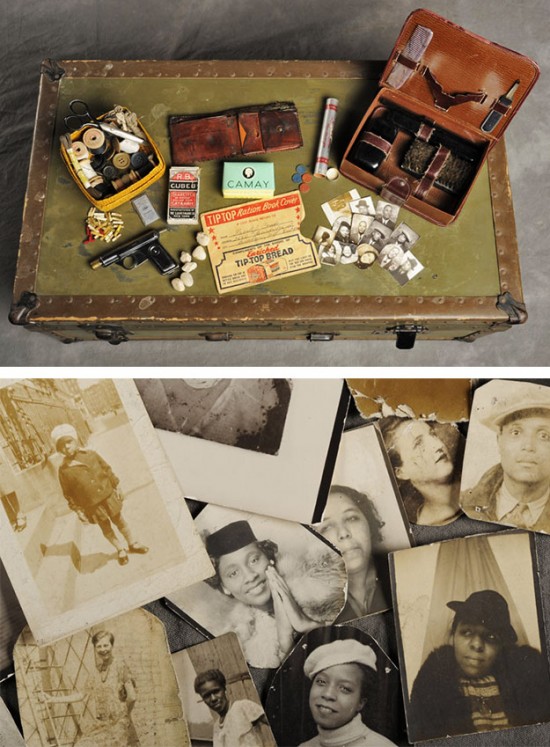 Here’s Crispin on some of the stories that affected him most:

One of the last cases I shot was from a guy named Frank who was in the military. His story was particularly sad. He was a black man, and I later found out he was gay. He was eating in a diner and felt that the waiter or waitress disrespected him, and he just went nuts. He completely melted down, smashed some plates, and got arrested. His objects were particularly touching because he had a lot of photo booth pictures of himself and his friends. Frank looks very dapper, and there are all these beautiful women from the ’30s and ’40s in his little photo booth pictures. That really affected me.

I read more about Frank over at The Lives They Left Behind. It sounds like Frank was served a meal on a broken plate. Maybe he was having a bad day or maybe he was being disrespected, but either way, he kinda flipped out. (What—like you’ve never over-reacted to something before?) This being Brooklyn, NY in 1947 and Frank being black and dapper, instead of arresting him, the police had him committed. So awful… 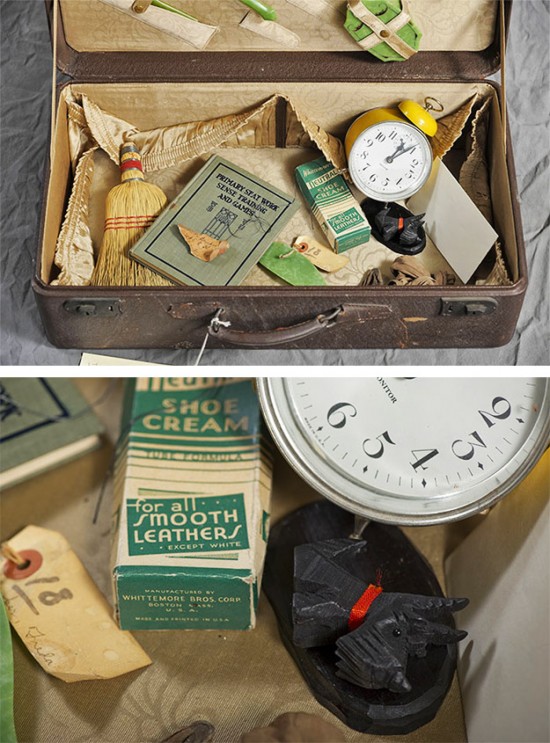 You could tell a lot about a person by what was in their case. One of the most touching letters I read was written to a woman who had been in another asylum and then released and finally sent to Willard. There was a letter from her sister, saying, “You could come back to Erie, but I don’t want you living in the YMCA because they’re still really upset with you for trying to stab that girl.” That one letter tells you a ton about what this woman’s life was like.

Reality will forever be more interesting than reality TV. 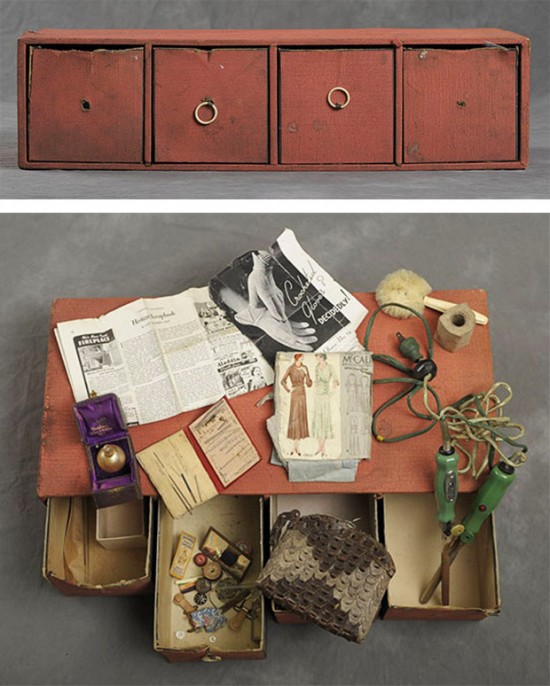 Kinda makes you wonder what else might be lurking in the attics of hospitals and asylums…Read the rest of the interview with John Crispin at Collectors Weekly. Meet some of the people who once lived at Willard through their heartbreaking stories and photos here. And see you at The Exploratorium this Spring!