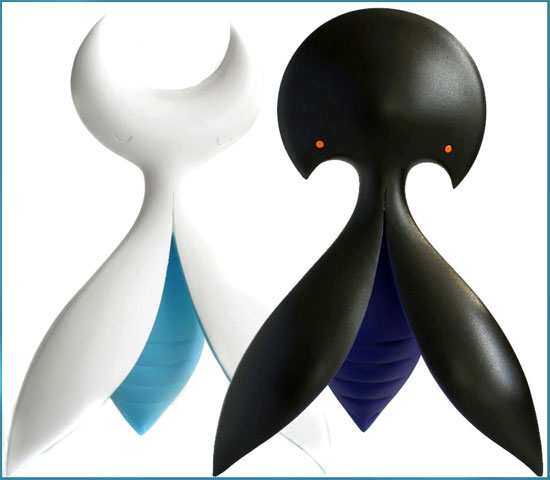 As an endnote to 2012, Sergey Safonov released a stark new figure, Govra, (the deity of the end). Well, it’s a new year (2013) and a new conference (Toycon UK), and Govra has returned in new (equally and delightfully minimal, but perhaps a smidgen more optimistic)  Zenith and Eclipse manifestations. 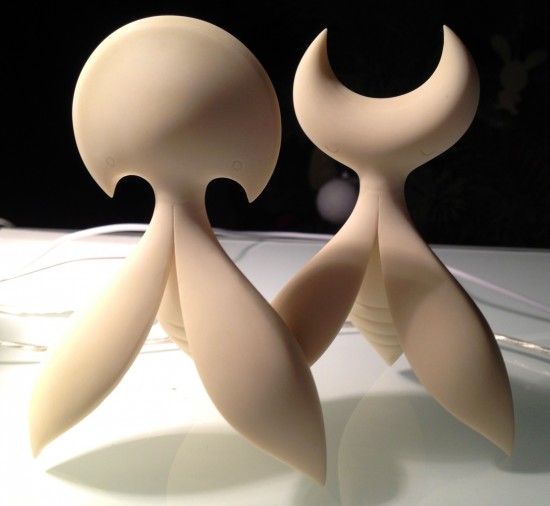 Sergey will be (making me jealous) in London for the UK’s first ever designer toy conference this Saturday, April 6th. He’ll be available to sign the Govra figures and a Govra giclee print at the Fugi.me booth at 1PM, so go say hi. (FYI: he looks like THIS.) 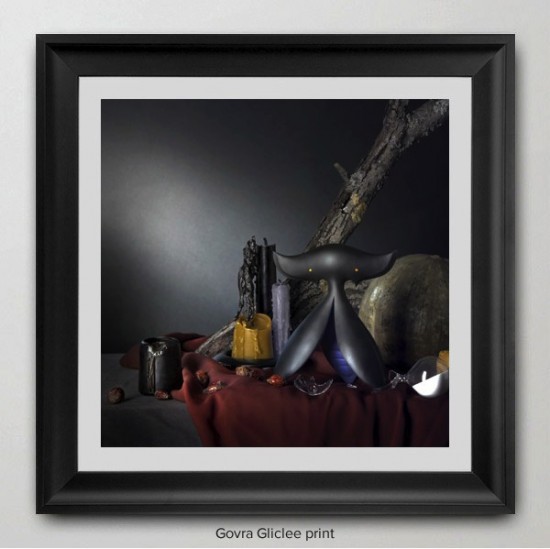 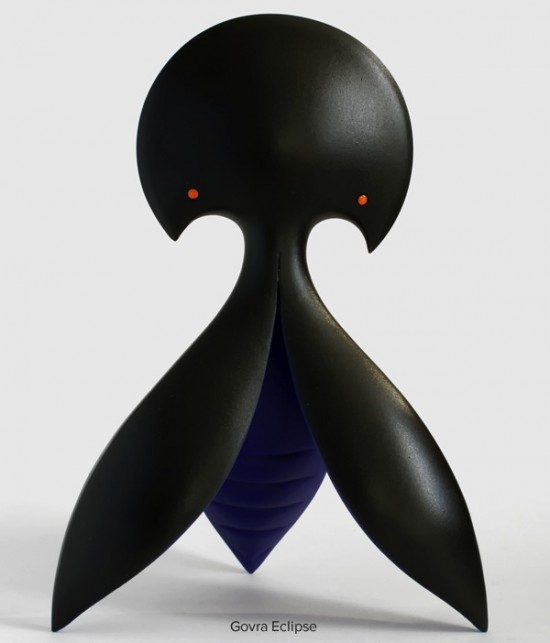 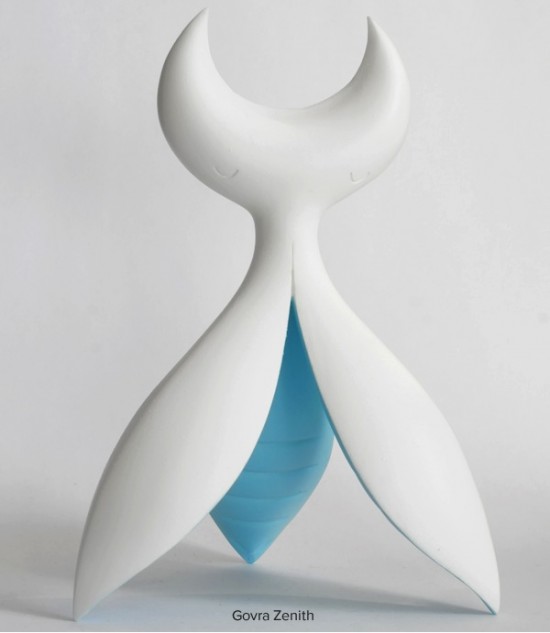