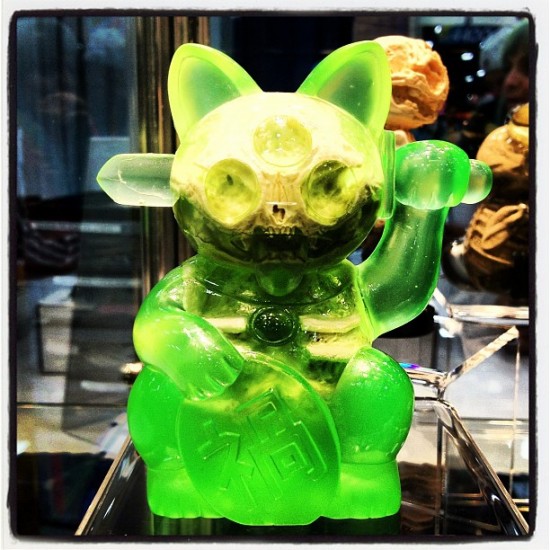 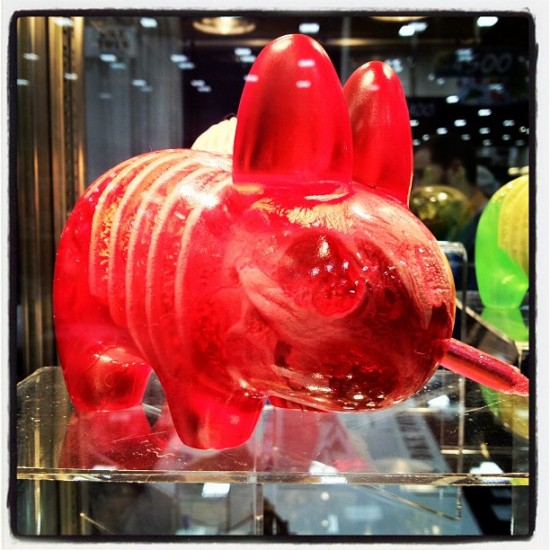 I don’t know how he does it; nor do I want to spoil the magic and mystery by understanding. For Comic-Con 2012, Wilkowski created extremely realistic skeletal systems to fit popular toy art characters by Ferg, Frank Kozik, David Horvath and Brandt Peters. (Check out what he concocted for last year’s DesignerCon here.) He then re-casts the characters (complete with skeletons) in translucent resin. The results are intriguing and beautiful objects that look great alongside their vinyl counterparts or as standalone sculptures. I’m a big fan. 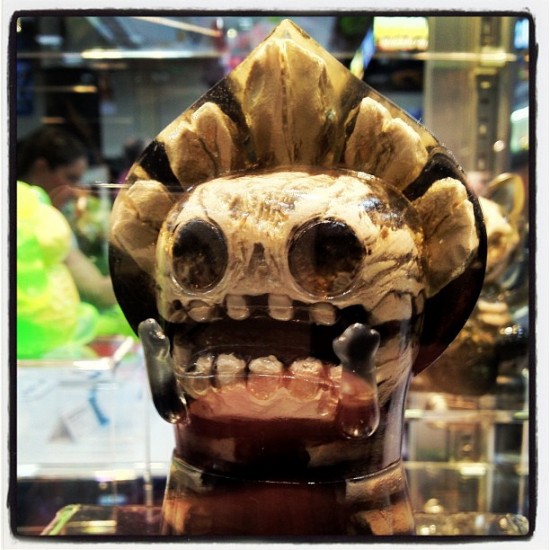 I’m pretty sure all pieces are long sold out, with the exception of the Misfortune Cat, which was delayed. If you’ve got good luck/karma, try getting on the list for one in this 13-page thread on the Collect and Destroy forum. 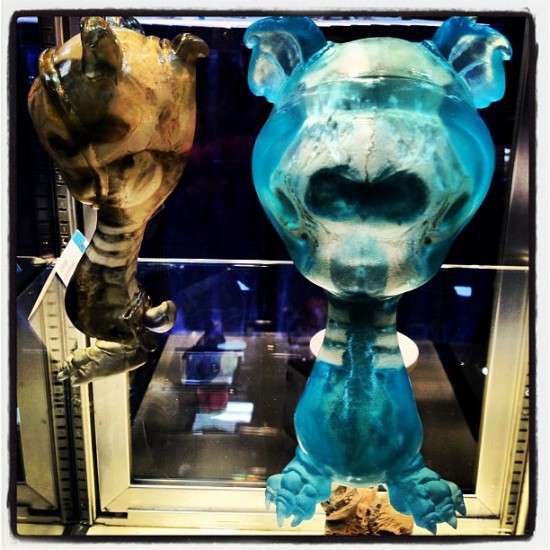 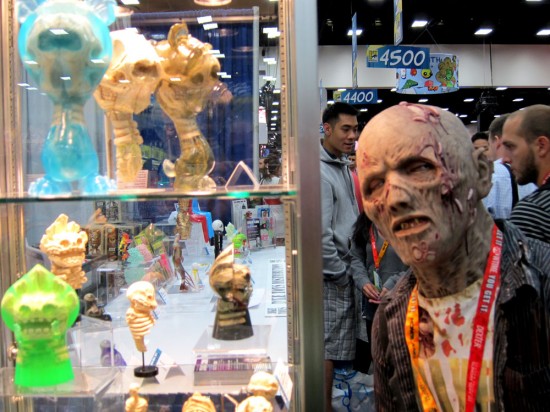 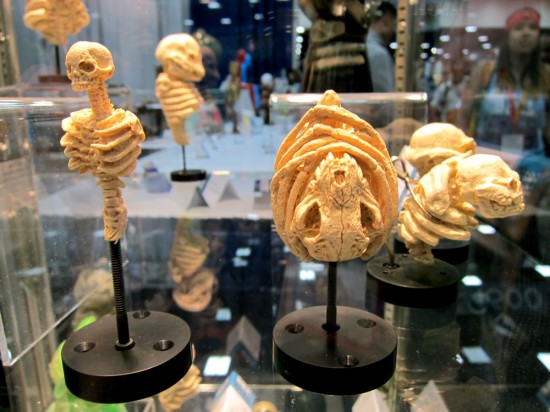 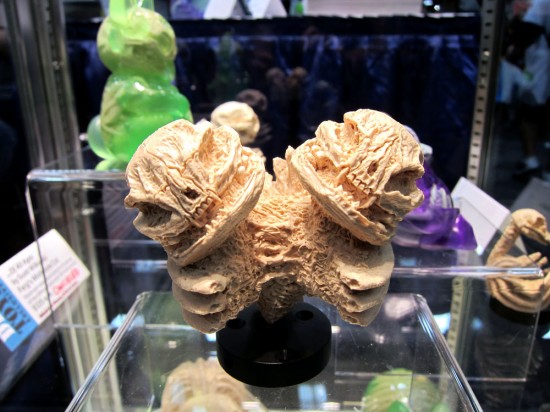 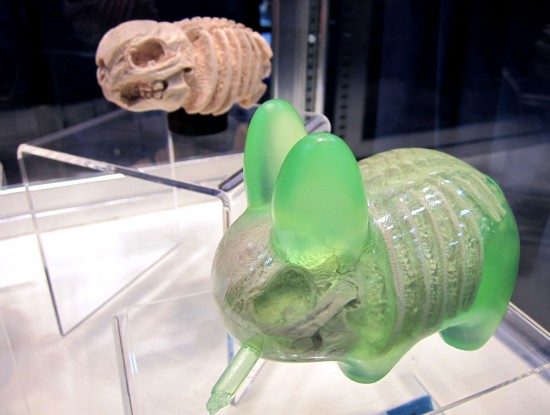 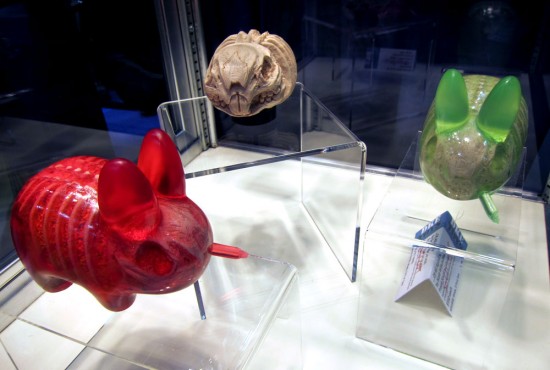 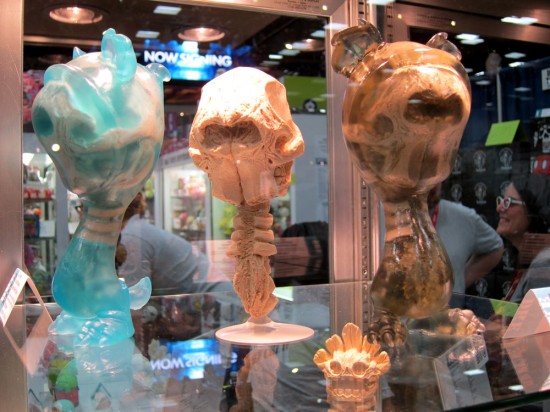 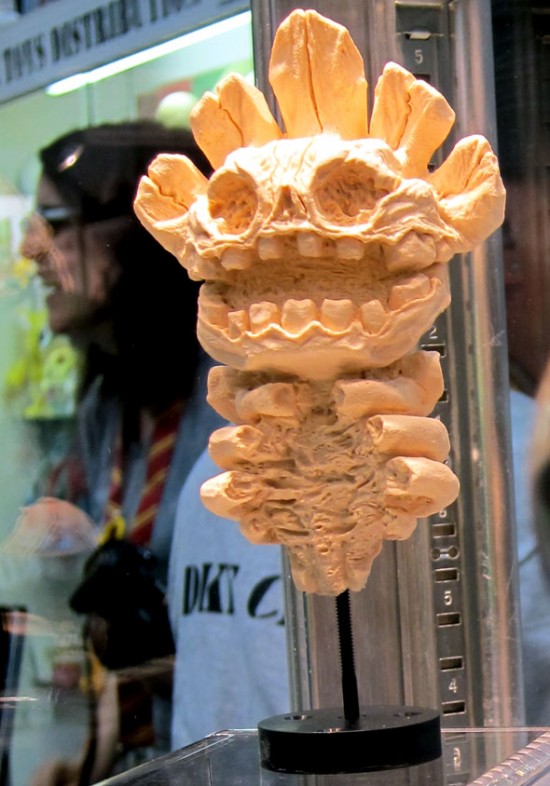