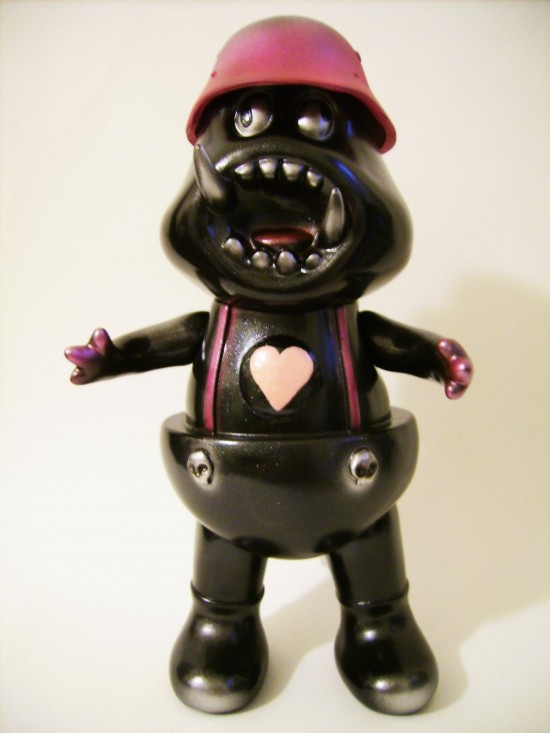 Yesterday, my buddy Bert “Gatchabert” Gatchalian tweeted a custom figure that was supposed to be a secret for the upcoming Red Carpet Kaiju show at TAG. I’m glad he decided to reveal it, as in my opinion, it’s one of the show’s early standout figures (in a stellar all-star lineup), and I’ve been thinking about it since he showed it to me.

If this figure looks familiar, you may recognize it as Robin the Mad Boy/Nazi Boy by Zollmen, previously explored in “When Custom Toys Get Controversial“. With this custom, Bert one-ups the controversy by giving a Nazi production toy a custom Prop 8 makeover. What am I talking about? I’ll let Bert tell you:

The news about Prop 8 being unconstitutional [came out], and then some idiot says that gay marriage is still not allowed. I won’t really get into it, but the look on the Nazi Boy’s face seemed appropriate for the whole issue and so I turned this guy into something else. I filed down the swastika…and sprayed the whole thing black. [I] placed down some silver accents and some pink and fluorescent pink details and finished him off with a coat of pearl finish to give him some glitter. Joy Boy was born.  Joy Boy doesn’t care for Prop 8 and wants to just go around spreading love to all in his glittery outfit. He still wears the helmet to keep his head safe…cause all guys need to wear helmets from time to time. 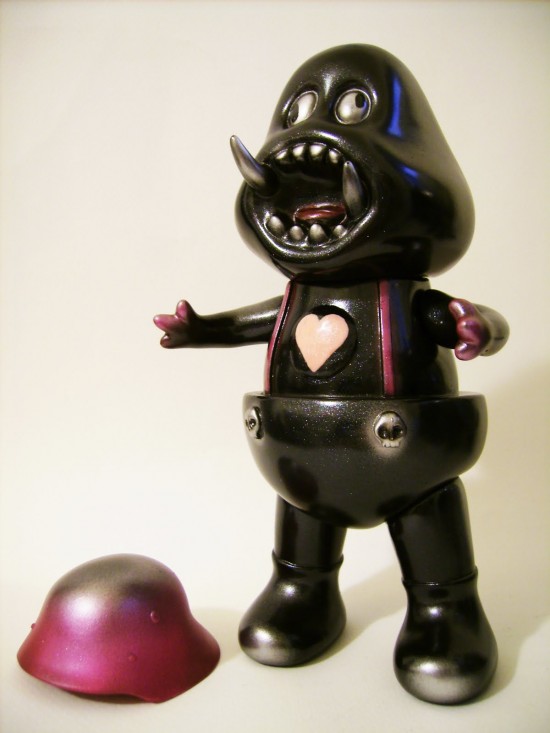 Bert’s right, you know. The pink helmet in this custom is a fitting double entendre for safer sex, especially when viewing the figure’s head from behind. The name “Joy Boy” is also subject to multiple interpretations. In this context, “joy” can be read as “gay,” and/or as an allusion to Joy Division, a term for the  group of Jewish women forced to work as prostitutes in Nazi Concentration camps. The name was later picked up by seminal post-punk band Joy Division, whose singer committed suicide 1980. Joy Boy’s all-black attire references the legions of goths left behind in Ian Curtis’ wake… 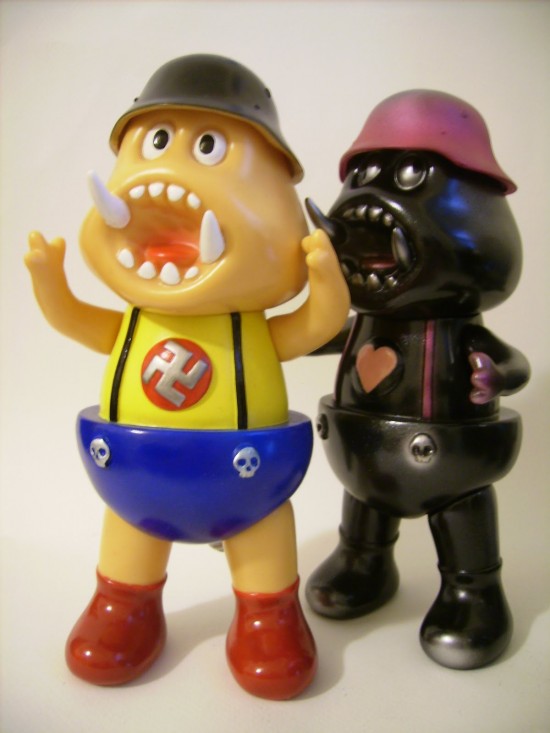 Zollmen makes some really madcap toys, and Gatchabert’s take on Nazi Boy really delivers on the original figure’s rather vague politics. Anybody who’s been following Prop 8 has undoubtedly mirrored Joy Boy’s exasperated expression. According to the artist, though, JB is a peaceful fellow. Quoth Bert: “Don’t run Nazi Boy, Joy Boy just wants to hug you.” Overall, an awesome job from concept to completion. I love a toy that makes a statement. Keep making them, and I’ll keep writing about ‘em!