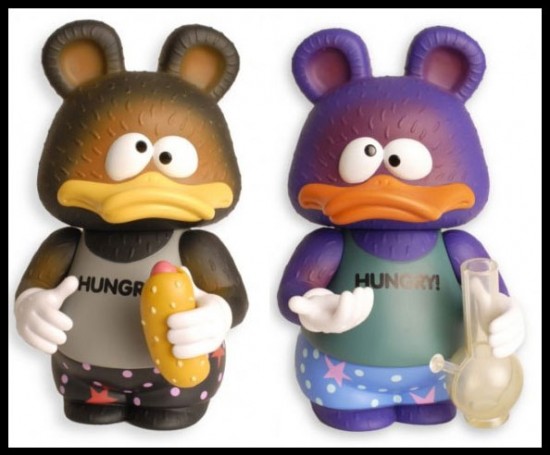 It took eight years and a circuitous path for Perks and Mini‘s bizarre BUNYIP toy to find its way into my collection, and it’s here to stay. Before launching into the topic at hand, I hope you have enjoyed today’s pop-culture-meets-counter-culture secession of drug-related posts. We began by taking bath salts, checked out a minimalist modern “smoking device,” got a tad preachy about pendants for pill-poppers, learned why our generation relates to Winnie the Pooh so well, said another farewell to Amy Winehouse, and imagined for a second that we were having an acid trip in which ants were also tripping. All of that was build up for BUNYIP. 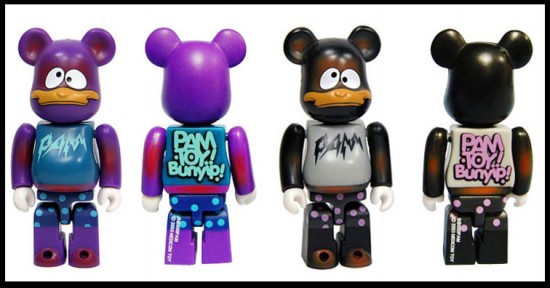 There is, right now, an EPIC collection of every Medicom toy produced by Perks and Mini on eBay. This includes both colorways of the 2003 classic, BUNYIP, a host of Be@rbricks, the Mananabanana joints and the Missing Links.  “Bunyip,” as it turns out is a mythical creature traced to the Aboriginal people of South-Eastern Australia. As to why PAM’s interpretation looks the way it does? Perhaps “Bunyip” made them think of “bong rip”?

I had no idea PAM’s contribution to pot-related plastic toys had been so pervasive! A little digging learned me that PAM is quite well-known in their native Melbourne, Australia (where they have a flagship store) and worldwide for their fashion brand. 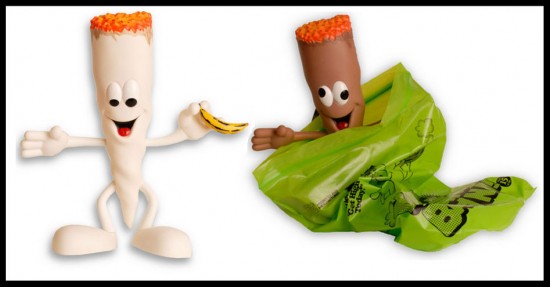 In trying to find out more about PAM, I arrived at their Facebook page. Here is what it says under the heading “About”.

SUSPENSE! Click through to read the rest and find out how to get these PAMTOYS. 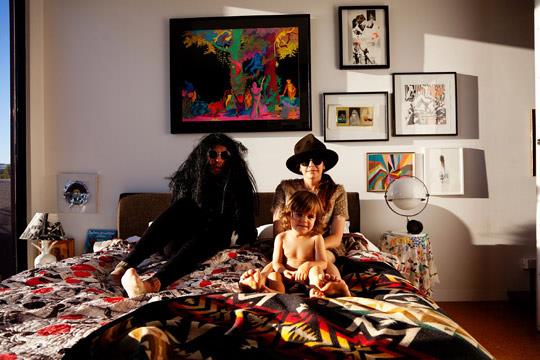 While that certainly helped, here’s what else I found out. Perks and Mini (Misha Hollenbach and Shauna Toohey) are an “antipodean life partnership art/design/fashion/publishing force who create things that make sense as part of their ideal world – a dream they’ve named Forevereverland.” Aha! Connecting the dots, I realized I’d written about Hollenbach’s book Pink/Brown Stool/Stool last year for Neon Monster. To complete my cyber-stalkery, thanks to The Selby, I have now even been inside their house. They seem quite wonderful. 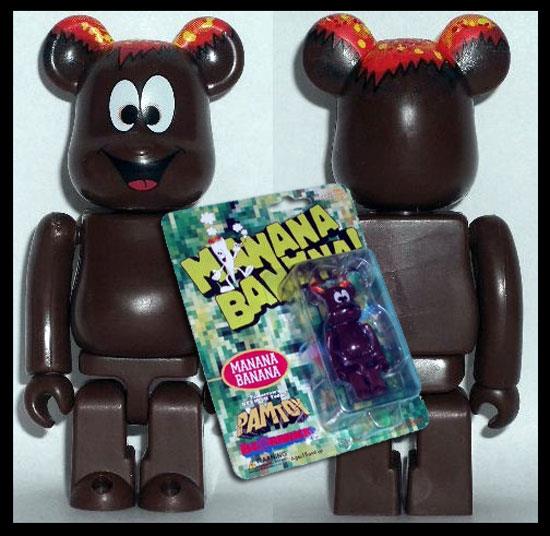 Since we have some background, let’s get current. There is MAD PAMTOY ON EBAY, and it all ends tomorrow. Because I am not in the financial position to acquire this collection, I want to flag it with the hopes that someone else will. I messaged the seller, Sarah, and asked her what compels a person to collect this much PAM?

I like design that crosses boundaries – is a mixture between art, design, illustration, and is about ideas – and that’s why I like their crazy stuff. I never went to design school to end up doing corporate design in some studio. Art and design is an important part of my life, and I admire Perks and Mini for making honest art, that is part of them. They take risks making such crazy stuff, and I love that! And I guess lots of people do because they have had such amazing success.

Sarah is currently selling all of her belongings so she can travel. Help her if you can. 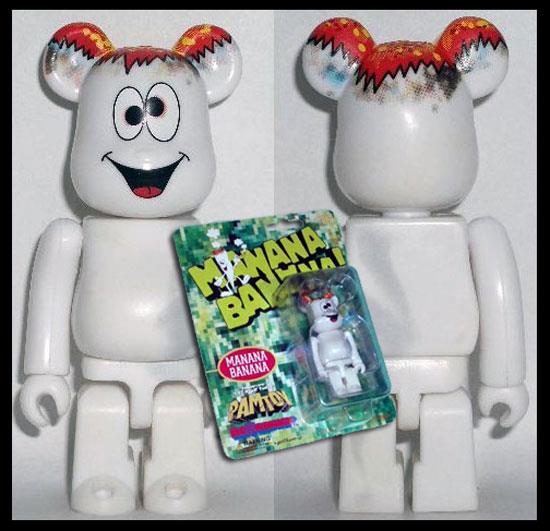 I’d like to thank Matt Hisey for turning me on to Perks and Mini after discovering BUNYIP one day on eBay. He sent the link to my attention, noting: “I just saw the picture and thought of you, for better or worse.” At the time, the price was too high for me. About a month later, Pixar storyboard artist, Jeff Pidgeon coincidentally tweeted a link to his own BUNYIP. This was immediately followed by a tweet saying a French artist by the name of Jean-Luc Desset had a BUNYIP to sell at cost ($65 USD) + shipping. Naturally, I pounced. Now, BUNYIP is mine. And I was able to return the favor.