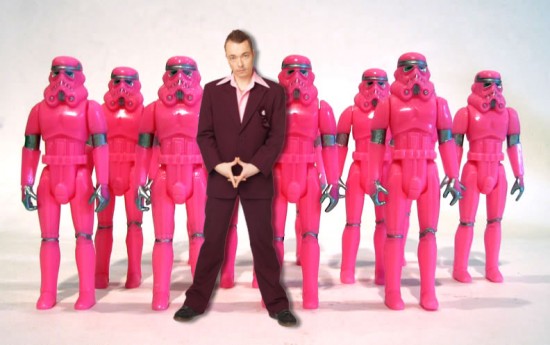 This is excellent news: Our own resin-slinging, kitbashing, skirt-chasing Sucklord has a 1:14 chance at becoming Bravo’s “Next Great Artist”. As a contestant on Work of Art Season 2, he will compete in a series of art challenges until there’s just one of the fourteen artists standing. Compare those odds to a Kidrobot blind-box series chase ratio, and you’ll see that Sucklord has a better shot at $100,000 and a Brooklyn Museum solo show than you do of completing the last Dunny series.

I’m not gonna lie: The best thing Work of Art Season 1 did for me was make it easier to use OCD as an excuse. Thanks to Miles Mendenhall (or was it Erik?), a lot more people were suddenly familiar with the illness. The problem is, the basic premise of Work of Art just doesn’t really compute. Assuming that you can pick “The Next Great Artist” out of a room of 14 people who are being put through a series of reality-TV challenges is almost as ridiculous as thinking The Bachelor is really going to find his soul mate. 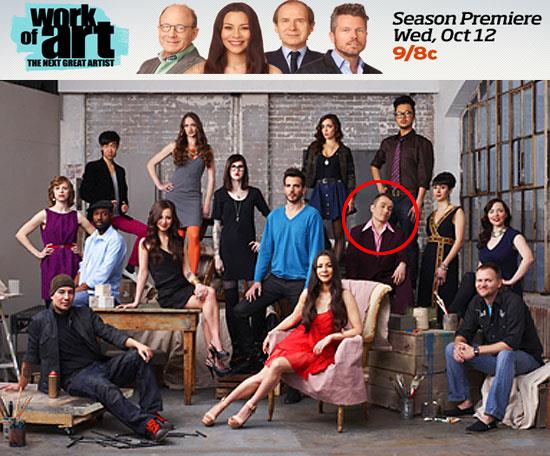 But here’s why I’m excited: People in the art world are already talking about The Sucklord, and as a result, they’re also talking about toy art. Maybe, this experience will add another layer of legitimacy to an art form that so many of us collect and/or create. If, like Chuck Klosterman, you agree that the casts of reality TV shows are nothing more than post-RealWorld (New York)contrived, archetypal put-ons, well then The Sucklord, who is already constantly in character, has an instant edge. Regardless of his showboating, I can always count on Sucklord to tell it like it is. (His running commentary from the audience at the Designer Toy Awards made that debacle bearable.) Oh yeah, bloggers need to quit harping on The Sucklord’s name. Hello: Dusty, Kymia, Tewz, Ugo, Young-Sun and JAZZ-MINH. Yeah, JAZZ-MINH.