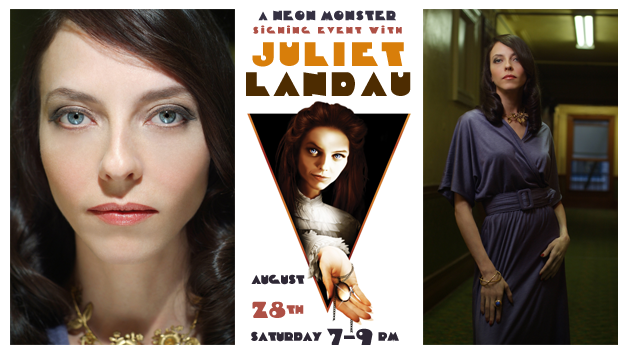 Television audiences first became acquainted with Juliet Landau in the mid-90s through her portrayal of Drusilla on the critically acclaimed Buffy the Vampire Slayer. As James Marsters’ character, Spike, would later proclaim, Buffy fans instantly took to her completely: “eyeballs to entrails”. In May of 2003, Sunnydale finally collapsed into the Hellmouth, and we didn’t hear from its colorful inhabitants until they rose up in comic book form in 2007. Who better to author a series of stories on Drusilla than Juliet? In addition to writing Angel comics and her roles in TV and film, Juliet is also active in theater, professionally trained in ballet and working on a short film about creativity.

Juliet was in town to shoot a music video with David J, and she stopped by Neon Monster for a signing. Who better to interview her than me: a bigtime Buffy fan with no qualms about bringing my 6-inch Drusilla figures to the event?

Sorry, these links are dead 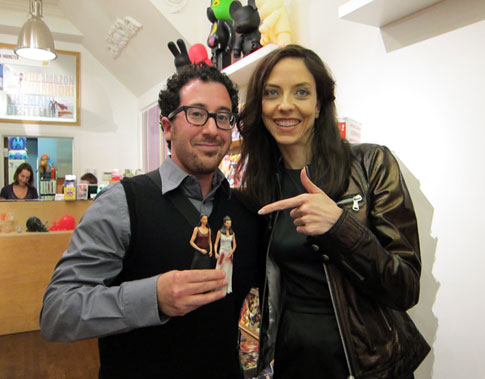