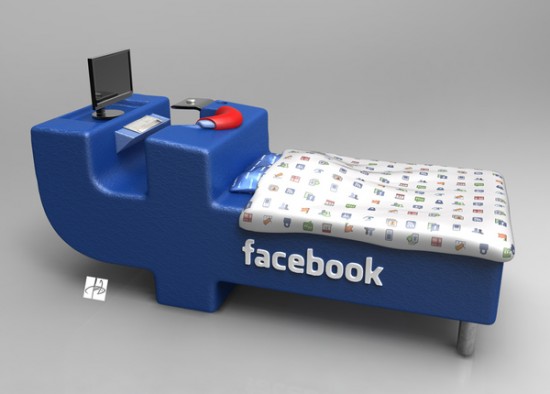 Croatian designer, Tomislav Zvonarić, has solved an important first world problem: how to squeeze even MORE social networking into a 24-hour period. Welcome to FBed, a conceptual “multipractical” Facebook bed in the shape of an F with a computer, icon-covered bedding and Facebook logo hits all over the place.

FBed is a critique on our culture. It speaks to the lengths we go to in order to stay socially relevant. Zvonarić’s commentary shows how we are literally in bed with brands. We are so consumed by social media that people crash into each other walking down the street updating their Facebook statuses. 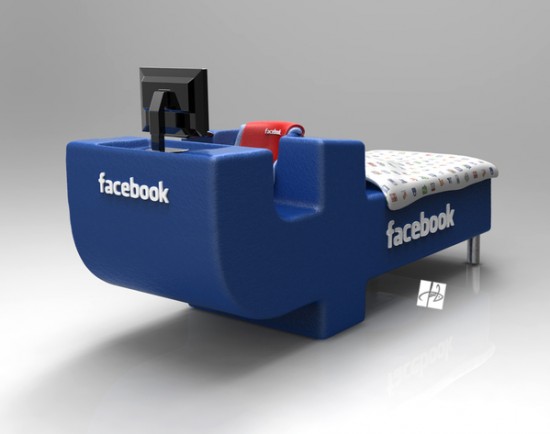 FBed is a conceptual multipractical bed design that would allow you always to be up to date and close to your online friends even when you sleep. The idea is that you may hop in front of your screen directly from your bed when you wake up, and  inverse when you get tired and want to go sleep…

While FBed is only a concept, the future is already here. Whether you sleep on a tatami mat or a Tempurpedic, your nearby smart phone keeps you connected with the waking world 24/7.