No one wants to be in the hospital, and kids fighting cancer have no choice in the matter. A couple years back, Warner Brothers and creative agency JWT Brazil partnered to make special “Superformula dispensers” for the AC Camargo Cancer Center in Sao Paulo. Branded with Superhero logos, the chemotherapy IV drip bags had not just a new look, but a new and powerful meaning. By cloaking the chemo in the logos of The Justice League, children began to regard treatment as “their own superpower which could be used to conquer their illness.”

This would’ve been cool if the story stopped there, but it’s not just about clever packaging design. JWT Brazil took it even further. They produced a series of comic books in which the superheroes face similar struggles to the children, and then Batman, Superman and the rest of the gang recover their strength with the help of the IV drip Superformula. The stories never explicitly reference cancer, but take care to describe the process realistically:

The superhero lives an experience similar to that of a child with cancer. The villain, representing the disease, sprays an invisible gas at the hero that makes the cell division erratic, thereby making him sick. The Superfriends represent family and the Superformula represents chemotherapy. The doctors represent themselves. In the end, the Superhero recovers his power and beats the bad guy.

The comics help to explain the treatment, and leave children with the message of believing in the cure, and of having hope. 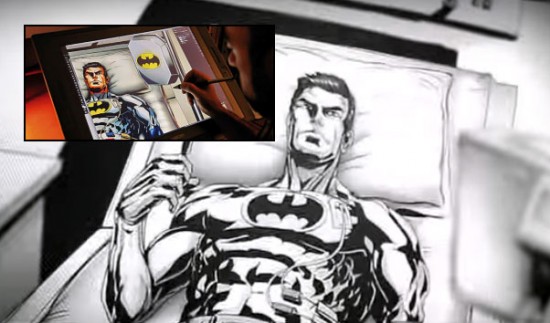 It’s been a few years now. I hope the children in the video won their battles, and other cancer centers have picked up this terrific idea. 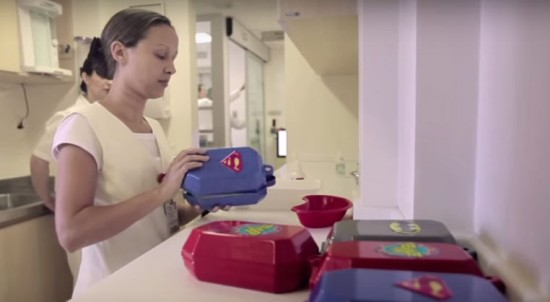