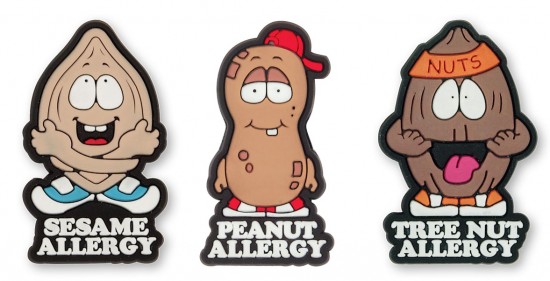 When you were younger, did you know a kid who seemed to be allergic to everything? Were YOU that kid? Have you now sworn off breeding so as to spare your spawn the fear, pain and humiliation of swollen body parts, closed throats and hospital trips? Well, prepare to procreate: here comes a game-changer, and it’s adorable. 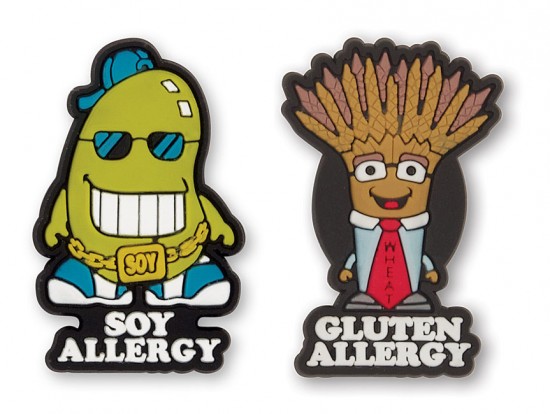 Meet the AllerMates, a canon of cute characters who serve to bring awareness to potentially life-threatening situations for allergic kids. There are other allergic-reaction ID bracelets on the market, but arguably, none so adorably wearable as these. (They’re kind of like Cartoon Network/Adult Swim meets Epcot Center.) AllerMates founder, Iris Shamus, writes:

When my son was 10 months old, he turned purple after biting into a cashew. A few months later, he broke out into red, itchy hives after sampling his first egg. Next it was salmon. Lastly, (we hope) sesame was added to our list of foods he is allergic to. Having to monitor everything he ate was somewhat manageable when he was a baby and a toddler, but as he got older it became pretty obvious that protecting him from his food allergies was going to be a challenge. The idea that my son could be at risk during everyday situations where the awareness of his allergies was not consistently reinforced became pretty scary.

Iris Shamus did the kind of resourceful, creative thing that moms are known for: she came up with an idea, and made it herself.

I noticed how most kids I knew, including my own, were absolutely fascinated by colorful characters. Next thing I knew, I was writing bios for fun, cartoon like allergen characters that came to mind. And so P.Nutty and the rest of the gang were born.

You know how the best and most watchable kids cartoons have a layer that appeals to parents, too? AllerMates delivers this in the character bios. Pint, the dairy allergy from Madison, Wisconsin (‘natch), “can be very difficult to track down. He is always on the run, imagining that young, allergic kids are chasing him. He has even been known to wear various disguises (i.e., cheese, yogurt, ice cream, etc).” 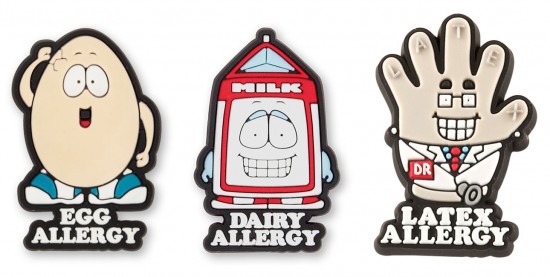 I’m gonna go out on a limb here (a tree limb, a tree limb containing tree nuts) and say that I would totally wear these NOW. They’re awesome. Apparently, 90s fashions are coming back, and I think these would go quite nicely with rave pants and pacifiers at the next warehouse party. But in all seriousness, if you have kids or allergies, these wristbands are only $6.99 each. You can stack ’em all up your arm if you’re so inclined (as we did with our watches in the 80s!) or get a DIY band for $5.99 and add all the specific character allergy charms you need for $3.50 a piece. Pick ’em up HERE. 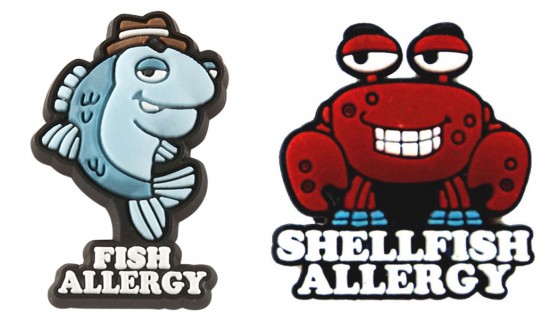 Whether or not you’re allergic, you’ve got to admit that this is a smart business idea. In case you’ve been living under a rock, people seem to only be getting allergic to more things. To that extent, AllerMates has a learning center and other community offerings. Good on them. I’m going to find out if these will fit adults (and kidults). Maybe we can do a giveaway. Standby! 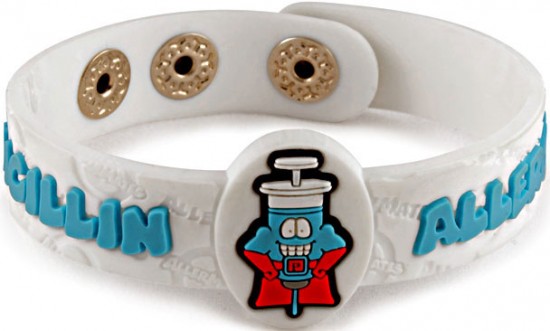