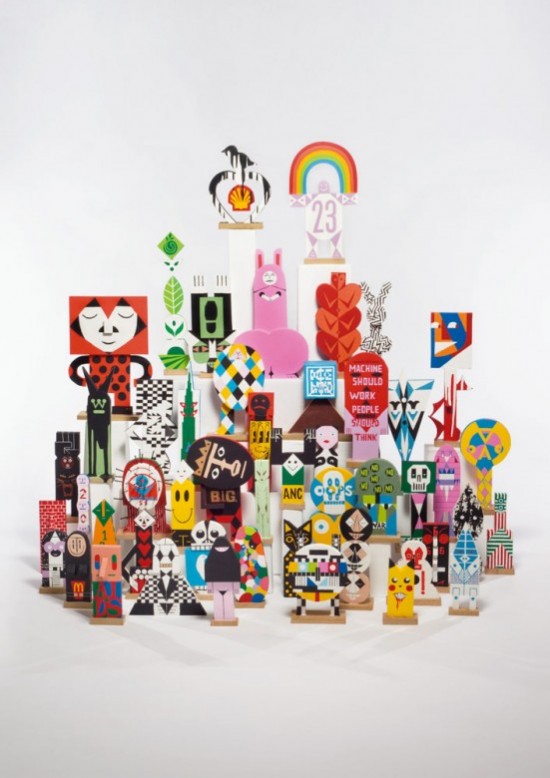 Damien Poulain is a London-based graphic designer and art director. Impressed after an encounter with a “multitude of gods from oriental religions and the complex and obscure symbolism of their representations” at the Musée Guimet in Paris, Poulain created Totem 49. The project consists of 49 hand-painted totems made of recycled wood, inspired by ancestral sculptures and religious fetishes. 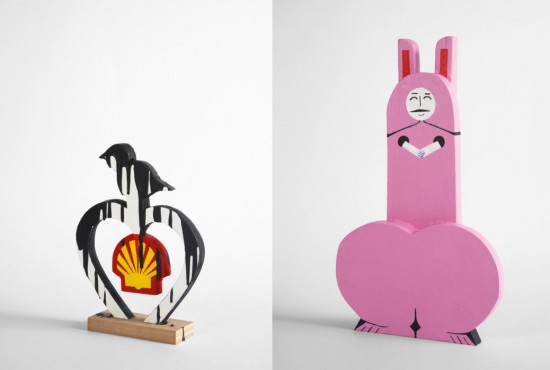 I have always been fascinated by outsider art and was drawn to the idea of working with a form that I could only understand as an outsider. Knowing little about the motivations of the creators of the works that inspired me, I have adapted their form to examine contemporary culture. My totems attempt to make solid, timeless objects from fleeting events of the 21st century, allowing for reflection on the colossal power of the image and the role of the new tribes and mythology in an increasingly secular society.

As an assemblage, the totems look amazing. Individually, I’d gladly add any single piece to my collection! “Machines should work. People should think.” Indeed. 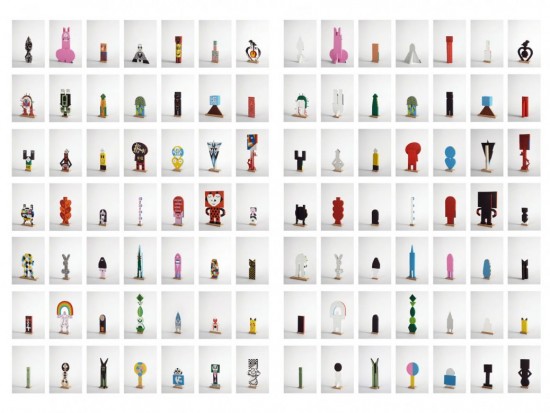 Poulain’s characters are happiness-inducing. In 2011, Totem 49 toured as part of the Graphic Detour exhibition. Although not part of the Totem project, Poulain designs occasional totem-like toy art, including the wonderful Catmonger Toy below. 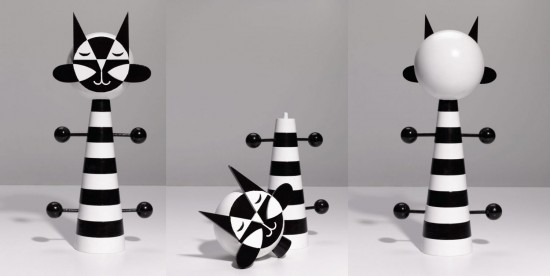 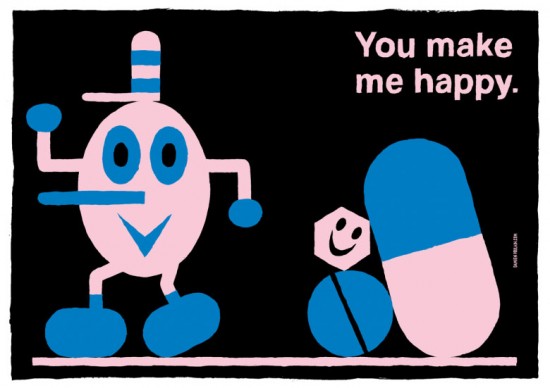 From drug art to food art: Poulain also designed a series of five fabulous and fashionably freaky masks for Graphic Detour. And they’re made of CANDY. 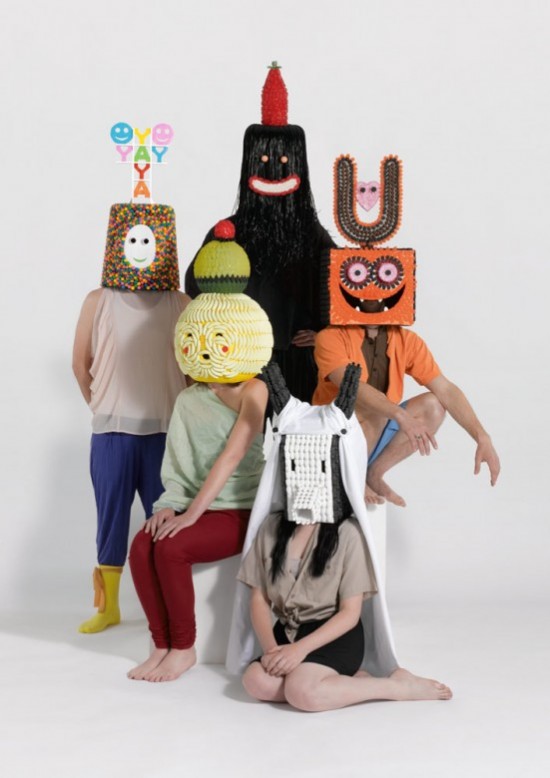 Eight artists and designers were invited to team up with a local (Holland) company to create something. Poulain collaborated with Dutch candy company, Jamin.

My first intention was to design a new kind of candy, but since the candy company is just a distributor, rather than a manufacturer, I decided instead to explore the visual conventions of sweets. Working from our innate fascination with sweets, I’ve created a series of masks which belong to a tribe. Inspired by pagans garments and shamans’ masks – which are said to transport their wearers to a transcendent realm – the sweet masks are designed to lead this magical tribe towards another, fantastical, reality.

That is a reality I am interested in experiencing! 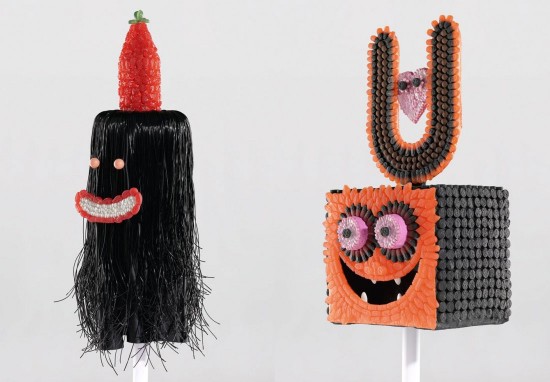 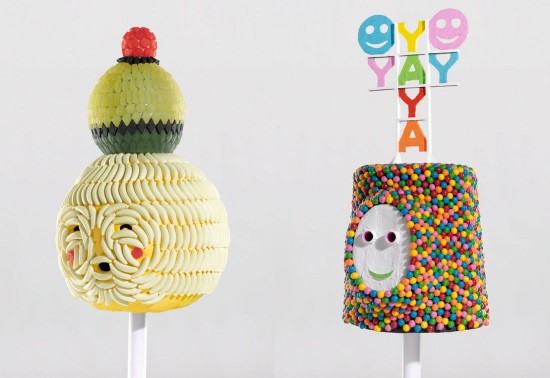 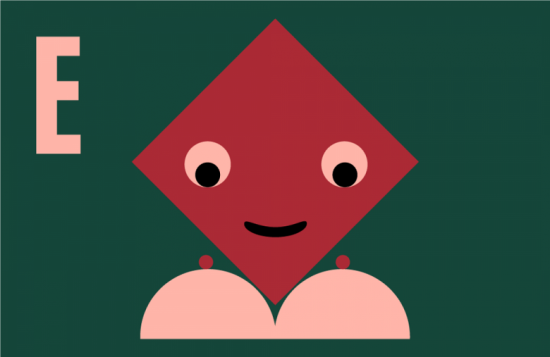 Using each screen to represent a different letter of the alphabet, I’ve developed an animated and dynamic language that creates new and previously non-existant words. Inspired by the colours and the easy tones of children’s alphabet books, I’ve used sound and animation to build up a continuous strip of characters that have their own representative sounds or voices. Through the development of a new language, the viewer is projected into another world between childhood and adulthood, a world of nonsense and abstraction.

While I hope to someday visit Poulain’s fantastical candyland reality, I spend quite a bit of time in the “world of nonsense and abstraction between childhood and adulthood” already.

Have a good weekend, kidults!