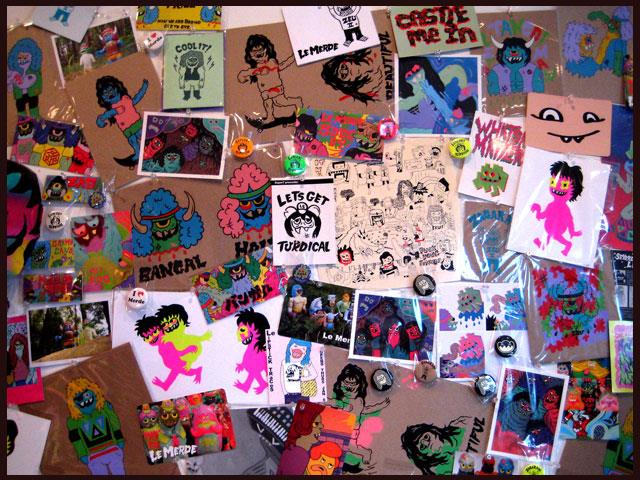 Nothing’s the matter (that I’m aware of). Le Merde’s fourth Super7 show was chockablock with neon resin and painted vinyl toys. Just last month, Mike was in San Francisco with a plethora of prints. This round, he set up shop in the third dimension.

There were so many figures, it’s really impossible to pick favorites. Le Merde’s original resin sculpts always stand out for their character and color. I know in Super7’s eyes these are “just toys” and all, but I wish they wouldn’t display the prices as if Hujili’s Ghost is Flavor Flav and the price tag is his clock. It’s a tad distracting… 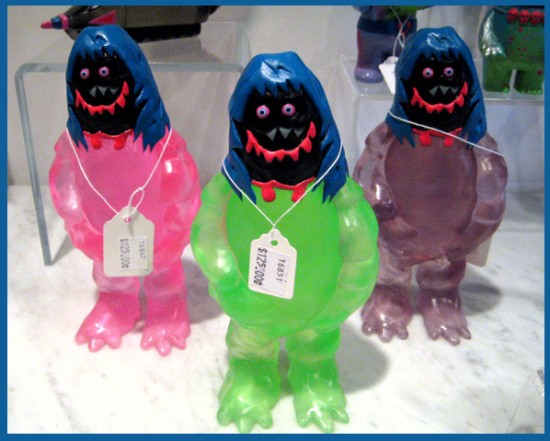 Notably, there were less of Le Merde’s trademark “drippy” figures in this show.  In their place, an awesome array of choice customs.  Left to right below: Le Merde’s take on Dokuwashi by Brian Flynn, Rose Vampire by Josh Herbolsheimer and Steven the Bat by Bwana Spoons.

A couple of mascots or “icons” in this trio. Left to right below: Le Merde’s take on Uglydolls’ Ice Bat, Ed “Big Daddy” Roth’s Rat Fink and Super7’s Mummy Boy.

Ah! Now here we have some resin and some shiny, glossy figures. Left to right below: Le Merde’s take on Arbito’s Sammy, original Hujili’s Ghost by Le Merde and Le Merde’s take on L’amour Supreme’s Mongolion. Dudes though, please fix the price tag on that Mongolion! It’s looking like a cat trying to get out of its collar. 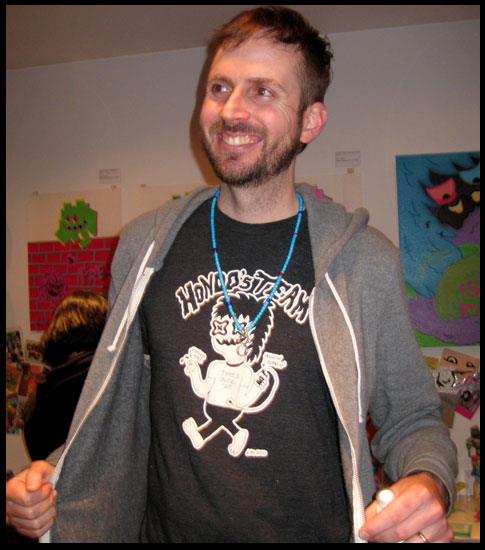