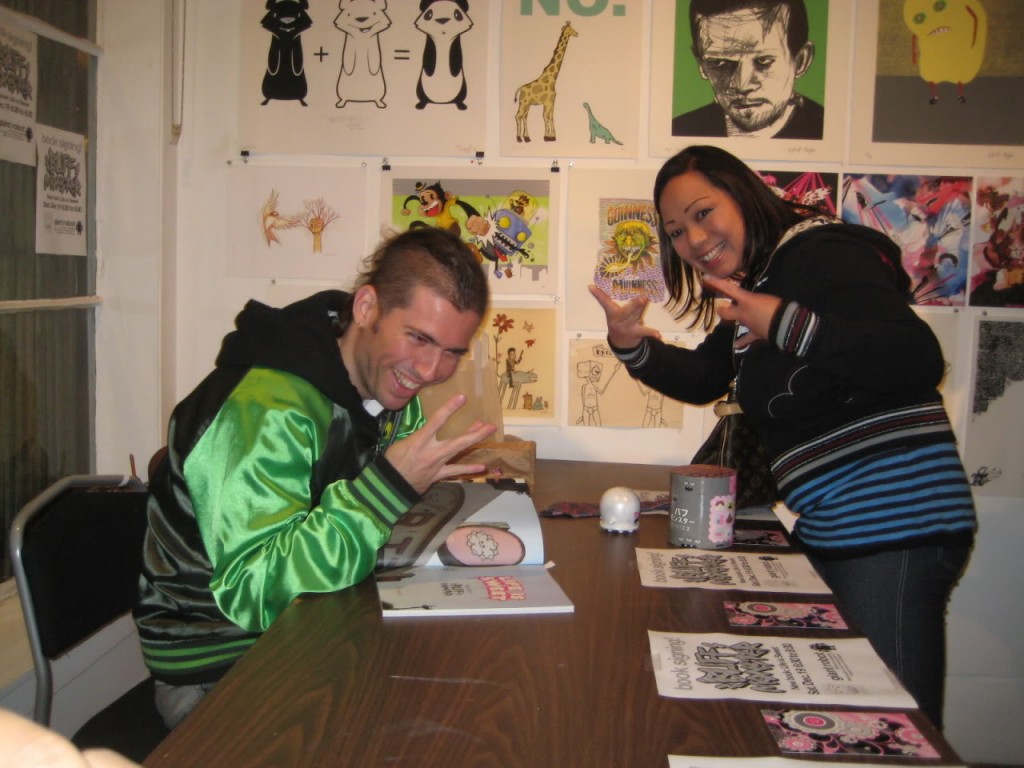 Los Angeles artist Buff Monster stopped by Giant Robot on Haight Street tonight to sign the first book of his work, Life is Sweet. The signing must have felt like something of a homecoming to Buff who spent the day in San Francisco and encountered one of the flattened spray cans he’d nailed to a poll three years ago (see Found Art, 2006). Immediately before the event, I ran into him in the metal section at Amoeba. Metal, specifically black metal, is a continuous source of inspiration for the artist, and he can even trace his signature pink hue to the style of music. You should probably hear how pink connects to black metal (and also to Hello Kitty) in his words, and for that, I recommend picking up a copy of the book.

Buff’s signing brought out the usual array of toys: from hot pink Munnys to Buff’s own Ice Creams (based on the icon he popularized in his street art days). But fans also came up with some interesting ephemera for autographing. On one side of the spectrum, Joanne from Sacramento-based designer toy store, Dragatomi, brought a tie for an employee who had to stay at work. On the opposite end, Buff drew a Hello Kitty version of his signature on a large black and white poster of two women kissing. Giant Robot will carry the books, an exclusive print and a few rare toys by Buff Monster while the limited quantities are available. (You’ll have to head elsewhere on Haight Street to get your own racy black and white posters.)