It’s Friday! Did you make it? Let’s celebrate with an infectious ditty by the Violent Femmes as performed by anonymous disco dancers in the musical pairing (above) and these minimalist pop culture dance posters by Brazilian graphic designer Niege Borges (below)! 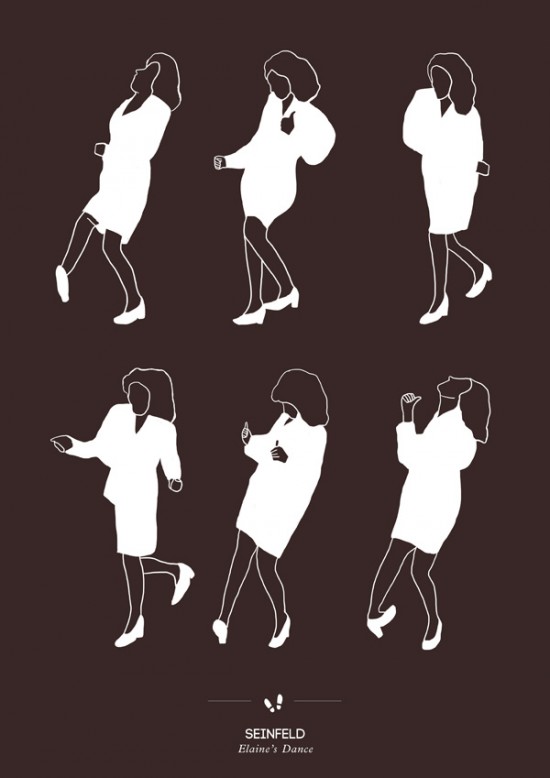 Shake it, Elaine! Niege Borges documented the iconic dance moves of TV and movie characters for a series of illustrations called Dancing Plague of 1518. 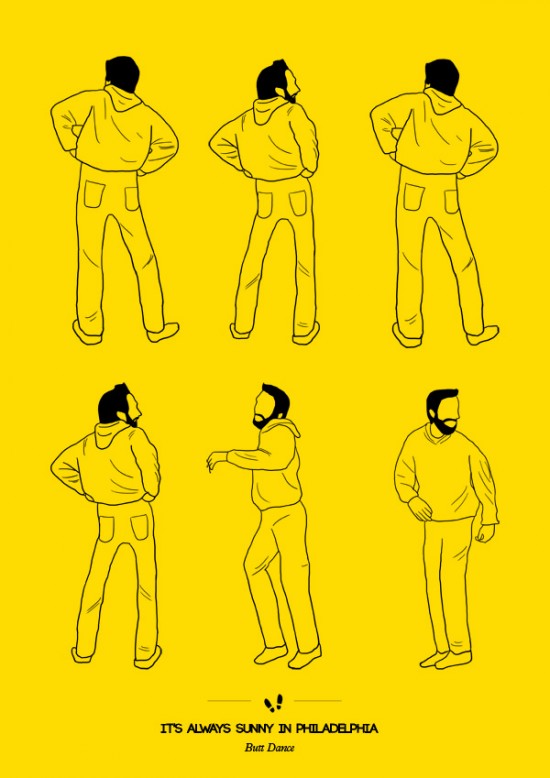 Do The Butt! But…it’s not all fun and games. Writes Borges:

In 1518, a bunch of people from a French town called Strasbourg were affected by something called dancing mania. It began with one lady named Frau Troffea dancing in the street and ended up with, more or less, 400 people dancing on for days without rest, resulting in some deaths of heart attack, stroke and exhaustion. This project is, in some sort of way, a memorial for Frau Toffea. From the silliest little dance to the most elaborate dance sequence of the history of cinema, there was a lot of dancing in the last decades (not enough to kill anyone, I hope). Here are some of these dances.

Could Strasbourg have been the first flash mob? 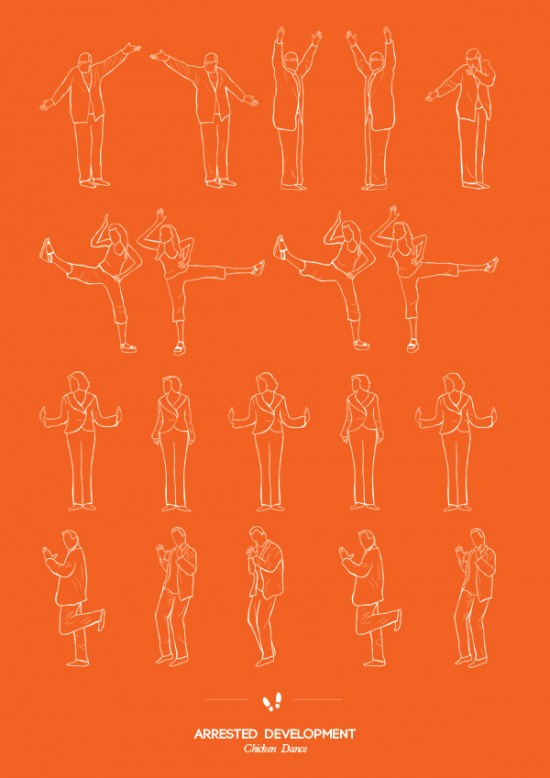 Well, here you have the step-by-step, and if you’re watching the video pairing, you’ve got Gordon Gano imploring you to “Dance MF Dance!” So get to it. Posters are available for purchase here. Click through for a few more of my favorites. Have a great weekend! 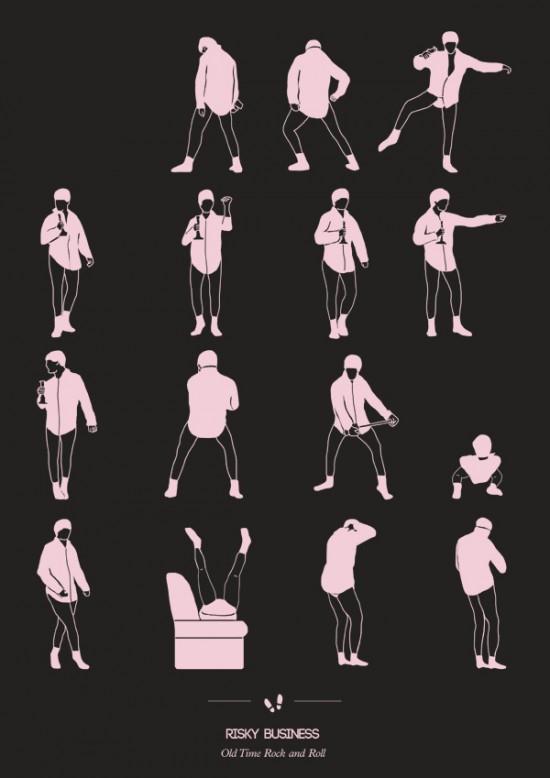 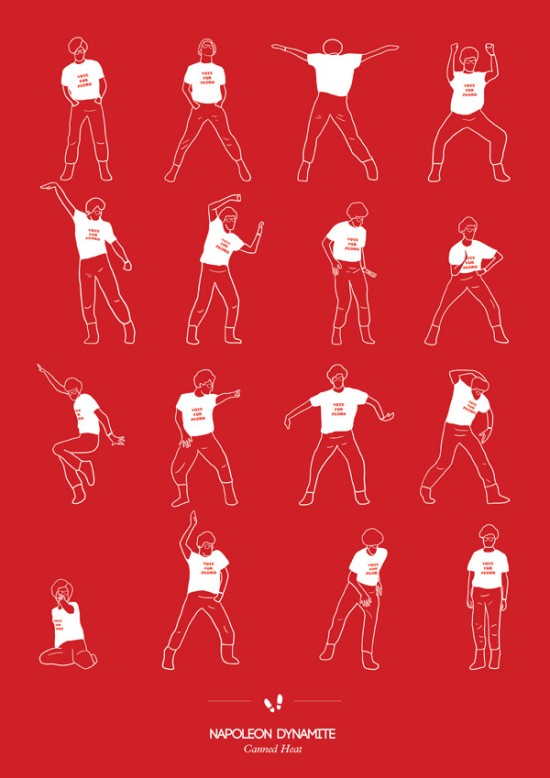 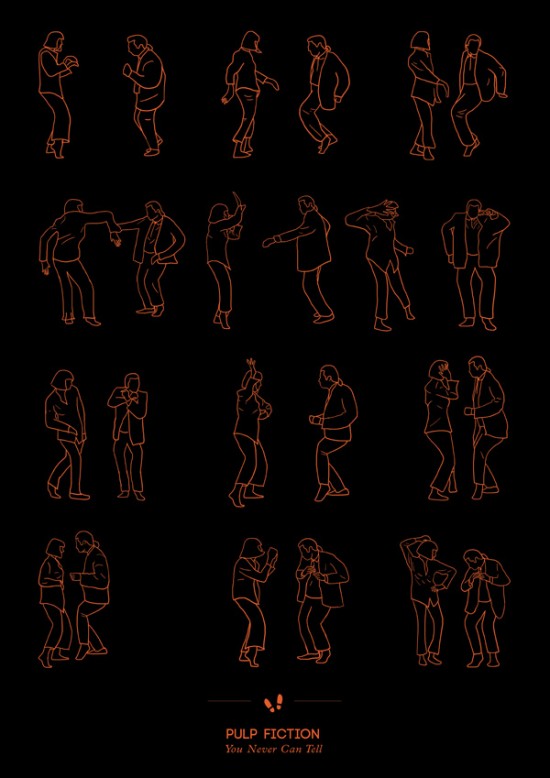