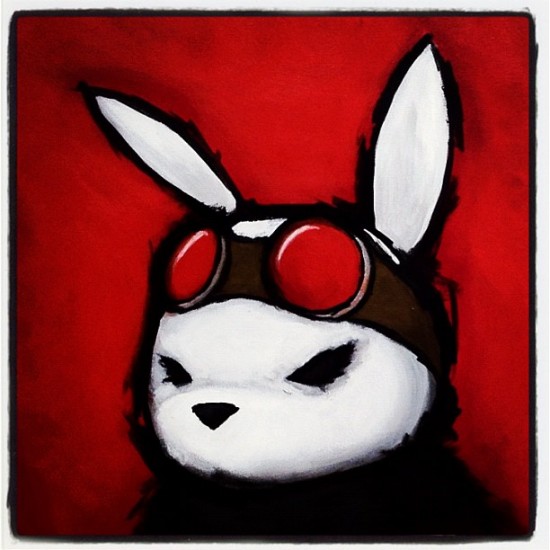 Luke Chueh is up in San Francisco for a few days to help Ford “Go Further”. GoFurtherSF is an art show/pop-up shop with toy art provided by our local Kidrobot. Luke invited me over for a sneak peek at his new work inside the showroom. 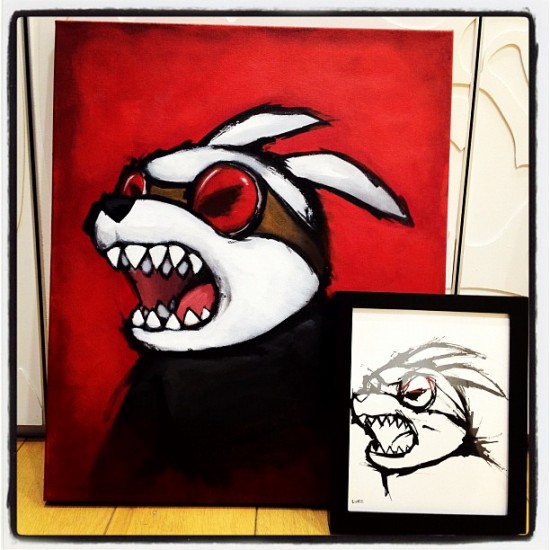 Ford appears to be ‘tailgaiting’ on the idea that artists + automobiles = sexy. I think Scion [art cars], BMW [more art cars] and Volkswagen [still more art cars] would agree. In Ford’s case, though, the artists (who also include Sket One, Ben Lam, Xian Fong Wee, and Hsin Yao Tseng) aren’t painting the cars. Chueh did tell me that his paintings were inspired by cars and the sensation of speeding.

In addition to the Kidrobot toys, Chueh’s Target prototype (above) will be on display. We first saw the prototype at Munky King’s booth at SDCC 2011. Chueh says the final vinyl will be available for SDCC 2012. 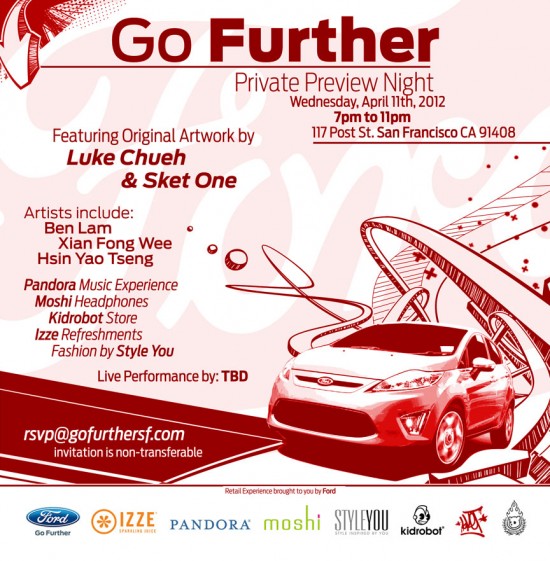 Luke Chueh, Sket One and a bunch of local artists will be in attendance at tonight’s private preview (7PM – 11PM @ 117 Post Street in San Francisco). I have no idea how “private” this is, but I encourage you all to rsvp@gofuthersf.com, and if that fails, just show up and bang on the QR-coded doors.