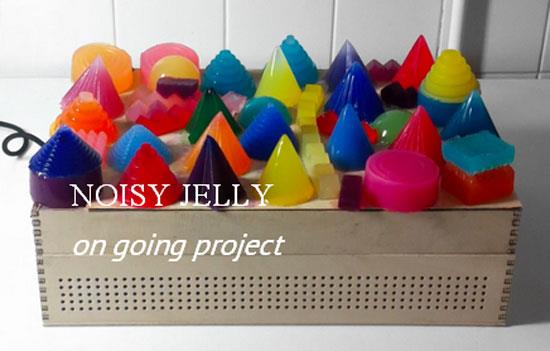 I’m not typically prone to hyperbole, but I have to say, this is one of the coolest things I have ever seen in my entire life. 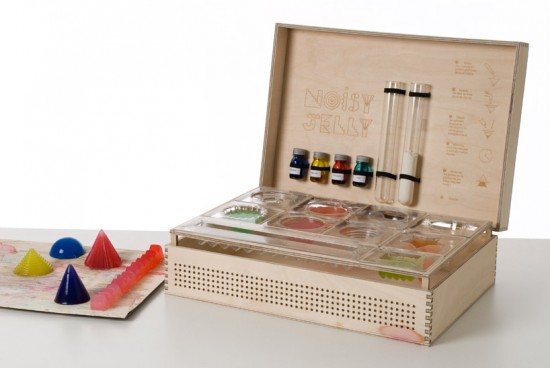 The Noisy Jelly Arduino project is a glorious game where players start as chefs and end as musicians.

With this noisy chemistry lab, the gamer will create his own jelly [jello] with water and a few grams of agar powder. After adding different colorings, the mix is then poured into molds. Ten minutes later, the jelly shape can be placed on the game board, and by touching the shape, the gamer will activate different sounds. 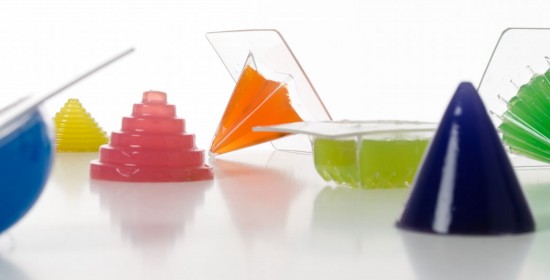 The “game board” is actually a capacitive sensor using Arduino and Max/Msp. It detects and creates audio signals by transforming variations in the shape and salt concentration of the jello instruments and the distance and strength of the finger contact. 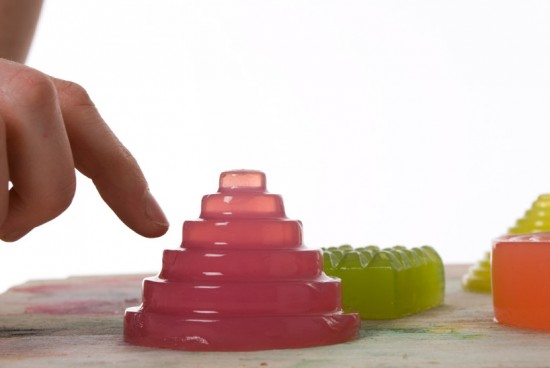 The Noisy Jelly Makers are Raphaël Pluvinage and Marianne Cauvard. They created the working Noisy Jelly prototype for their thesis project as students at L’Ensci Les Ateliers in Paris.  Their mission was “to demonstrate that electronics can have a new aesthetic, and be envisaged as a malleable material, which has to be manipulated and experimented”. Um…mission accomplished!

Click through for much more…including a Noisy Jelly Arduino project video demonstration! 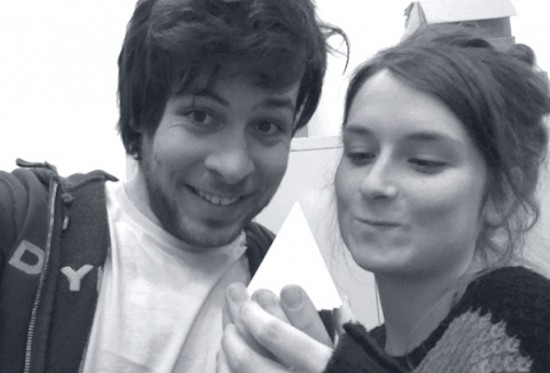 These two creatives have amazing careers ahead of them. I love everything about Noisy Jelly right down to the miniature musical Devo energy dome! Hopefully somebody will program and produce a bunch of the game boards and kits for the rest of us!

Can you even imagine what would happen if Pluvinage and Cauvard collaborated with Bompas and Parr (aka the UK’s Jellymongers)??? It would be an absolute symphony! 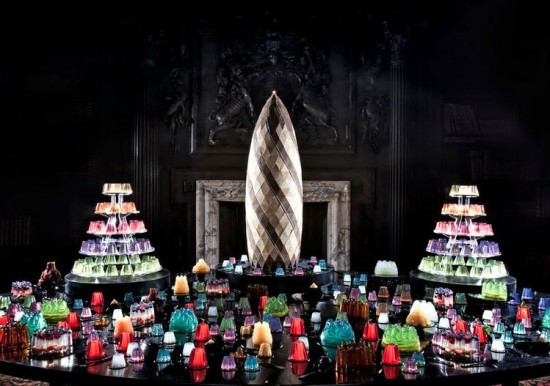 Pluvinage is now working for London-based collaborative design firm, Superflux, and can be found on twitter as @rpluvina. Keep scrolling for additional photos, video and explanation. 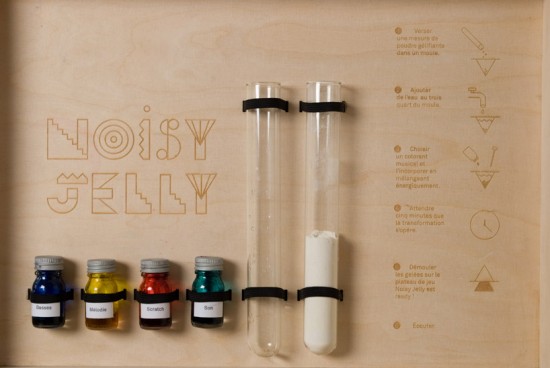 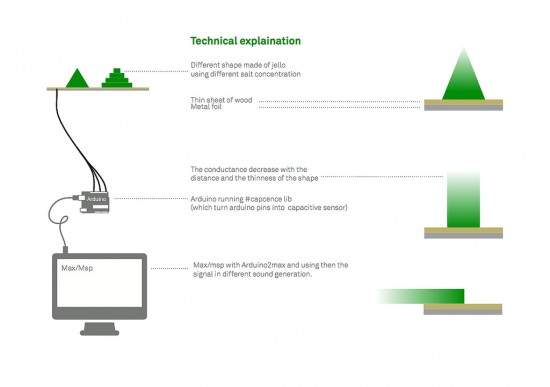 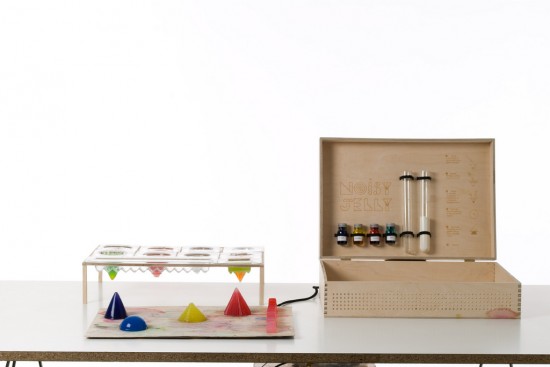 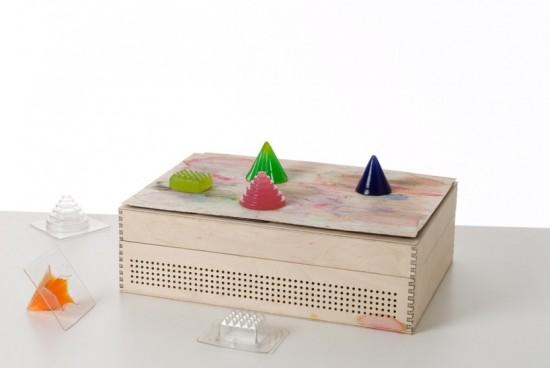 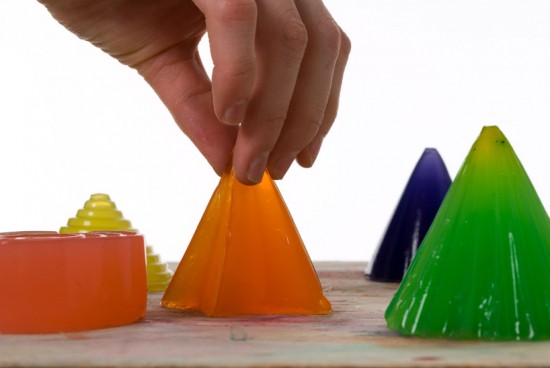 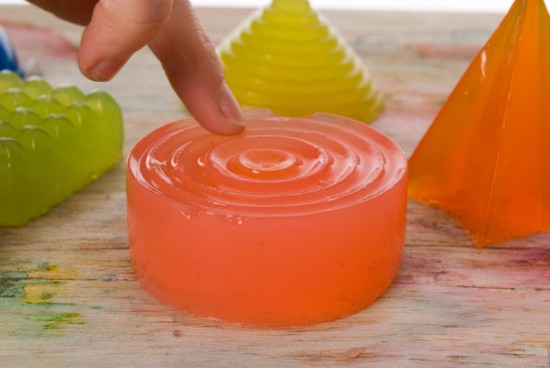