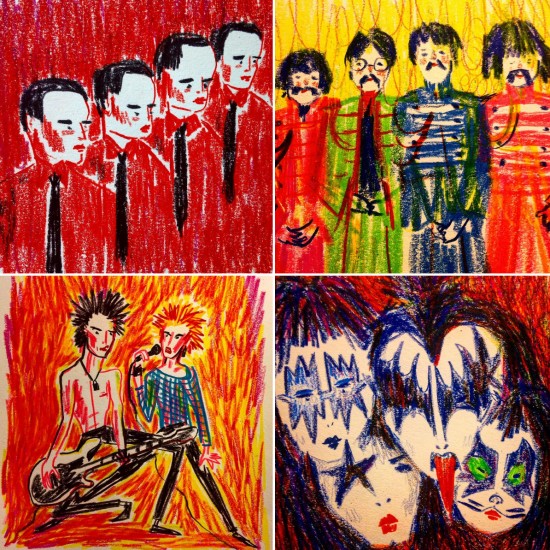 Australian artist Nathan Jurevicius draws inspiration from music. His daily drawings (posted on Instagram) provide a reprieve from all those selfies, sunsets, and Pokemon in parks. If you’re a fan of music at all, Jurevicius has a stylized sketch that’s sure to delight. While his portraits cover a variety of genres from the 50s to the present, it’s his coverage of 80s new wave and goth and 90s alt that keep me clicking that heart button. Not since Butcher Billy illustrated post-punk royalty as comic book superheroes have 2D visuals sounded so damn good. 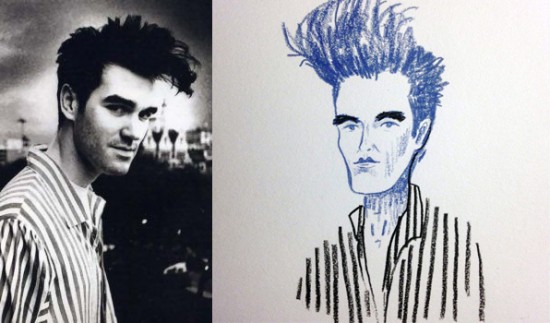 Part of what’s so captivating about these images is that they speak simply to moments in music history, you know, like when Morrissey was a celibate crooner and not an unreadable novelist and when asymmetrical hair was awkwardly earnest and not cluelessly referential. In Jurevicius’ hands, that six pack and those knock-knees are unmistakably Iggy Pop and that epileptic dancer can be no one else but Ian Curtis. It’s been a lot of fun to watch this series unfold online over the past six months. Jurevicius recently showed the greatest hits so far at Melbourne’s Outré Gallery (originals are still available), and he’s producing new portraits while concurrently working on a book. I caught up with him over email to ask him some questions. 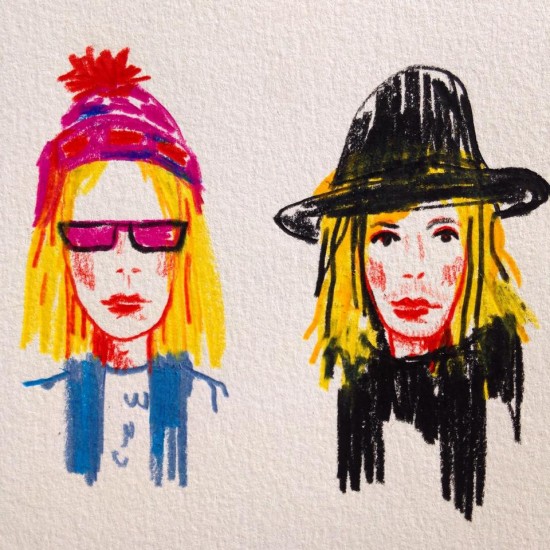 JB: Hi Nathan! What music are you listening to right now?

The Prodigy by Nathan Jurevicius

What inspired you to start drawing musicians?

I come from a family of musicians/music producers/sound designers, and it made sense to focus my attention on this theme…plus I love to draw faces!

I noticed you don’t exactly discriminate: you go from Lou Reed to Ray Charles and from the Beatles to Devo and from Rihanna to Siouxsie. What criteria goes into who you choose to draw?

Initially, I was doing a drawing a day based on what a band/musician did on that day [in history]. That became a little limiting, and I extended it out to that month. I tend to choose artists I find visually interesting to draw and then research what they were doing that week/month in any given year. Sometimes I’ll get on themes like twins in music or a particular era. 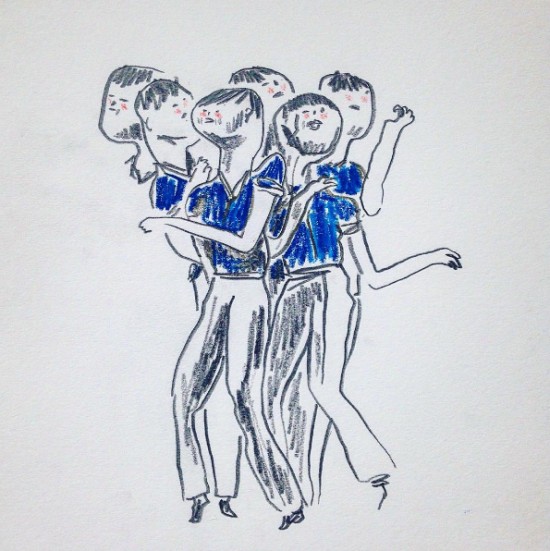 One of my favorites is an early one–how you captured the frenetic dancing of Ian Curtis. When it comes to artists with signature moves, how do you decide to approach that in 2D?

Most of my portraits have the general atmosphere of the artist, but not necessarily the exact likeness. When I see clips of them dancing, I usually want to capture the spirit of their moves and watch the clip over a few times. Then from memory, I quickly draw how I think they were dancing. I focused only on Ian’s body movements and stylized his head as that didn’t feel as important to my recollection of him. 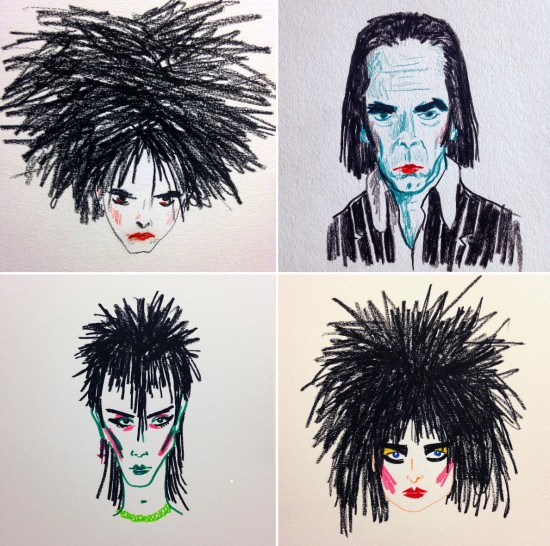 For musicians with long careers, how do you choose from which era to depict them? For instance, Peter Murphy gets a classic 80s goth ‘do, and Nick Cave has a receding late 90s hairline!

I think I like to do the era that I feel most represents my vision of them. Peter Murphy’s Bauhaus days were really iconic, and Nick Cave, to me, seems best suited in his late 90s look (though I love his hair in the Birthday Party). 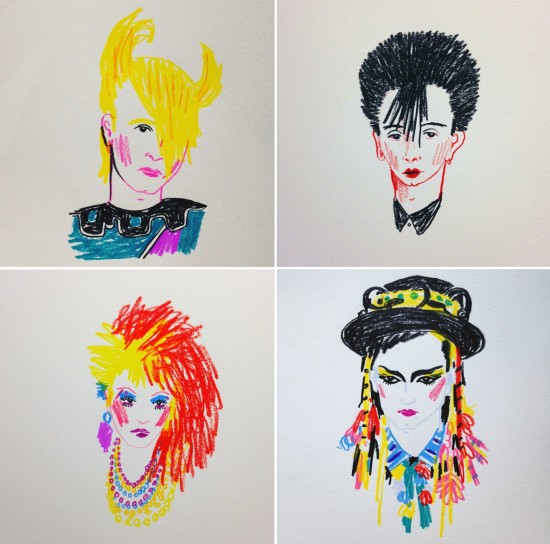 Many of your drawings cover 80s new wave and goth/punk and 90s alt and shoegaze. What role did music have for you growing up, and in particular, during these periods?

This was a very influential time for me, as I was a teen between the mid 80s and early 90s. My high school art teacher would let us play music at every class, and we would have on rotation The Smiths, The Cure, Ramones, and Sex Pistols. When I graduated and went to study illustration at University, Nirvana’s second studio album, Nevermind, had just been released. It made a big impact on everyone there, and for about a year it was one of a handful of albums that was only played in the studio.

If you could go back in time to any period in music history and hang out with your heroes, when/where would you go, and with whom would you hobnob?

Ahhh…such a hard question as I love so many periods in music. I’d love to have been at David Bowies 1975 performance of ‘Golden Years’ on Soul Train and Johnny Cash’s live recording at Folsom Prison in 1968. 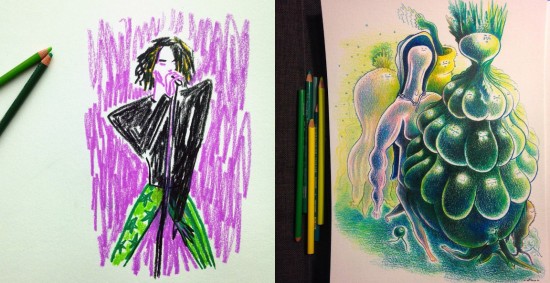 INXS’s “We Are the Vegetables” by Nathan Jurevicius

It looks like you’re maybe starting to illustrate specific songs now. Are you taking requests???

Yes, I do get a lot of requests and have quite a few private commissions going on. 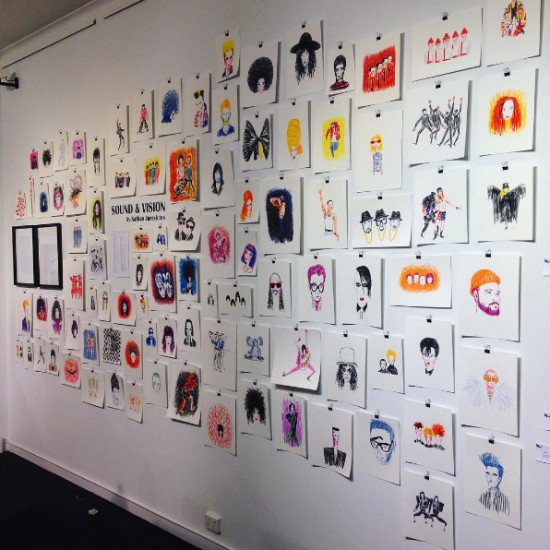 How do you like the immediate response/commentary you get from posting these drawings on Instagram? How does this compare to the recent show of you had in Australia?

It’s very interesting for me to see what musicians resonate with people, and sometimes I’ll choose artists who may have an interesting look but are not really that well known. I’ve had a lot of people tell me they were unaware of such and such a musician/band and enjoyed looking up their music. There’s also been quite a number of artists I’ve drawn who react positively to their portraits. 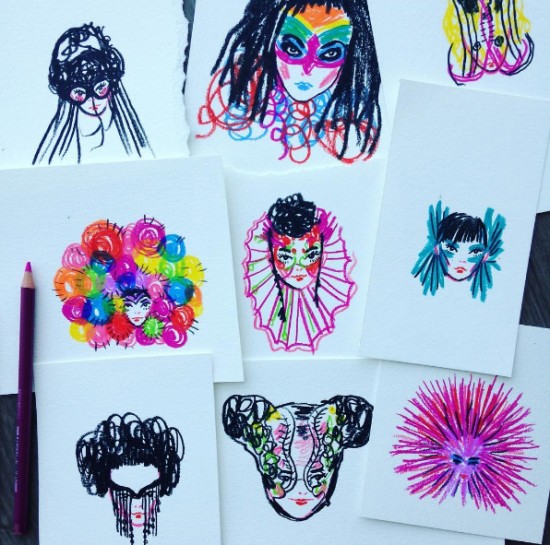 The many faces of Bjork by Nathan Jurevicius

What can you tell us about the book project you’re making with this work?

I’m working with Michael Stills in LA who used to run a large designer forum and then started Strangekiss (art toys and limited edition fine prints). The final outcome will be a really beautiful hardcover book. There will also be a small run of cards/prints to go along side it. 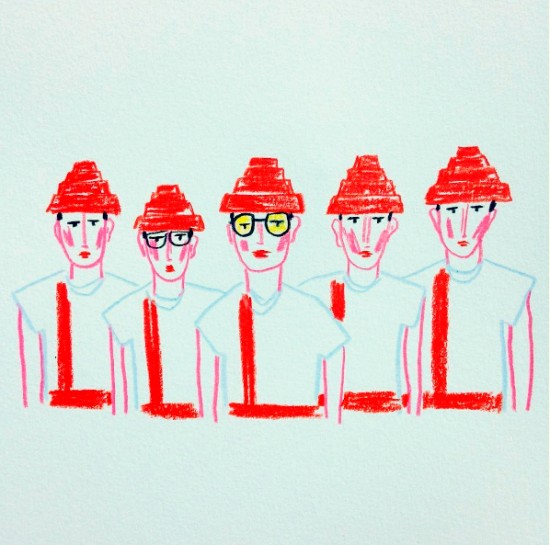 Thus concludes our interview, but not before I jinxed Jurevicius with a request for Soft Cell, which he had *just* posted. While you’re waiting for the book release (or a Jesus and Mary Chain or Tuxedomoon portrait, hint hint), consider emailing Nathan Jurevicius to discuss a commission. You might also like this post: James Jarvis Draws the Music of Spacemen 3 on Instagram.