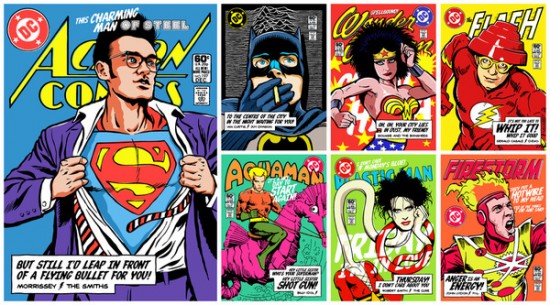 Did you just blink twice and find yourself in a parallel universe where Ian Curtis is the Dark Knight and Siouxsie Sioux rocks bullet-proof bracelets? Unfortunately, no, but you are looking at the amazing artistic convergence of new wave and post-punk musicians with comic book superheroes. 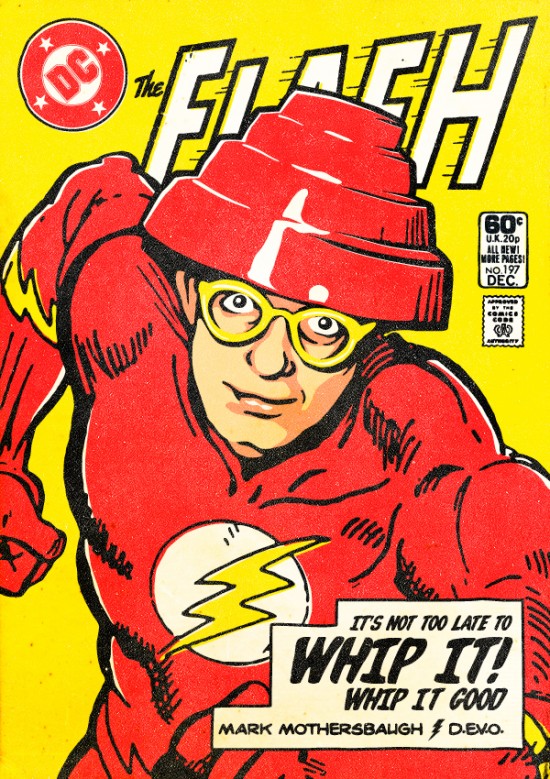 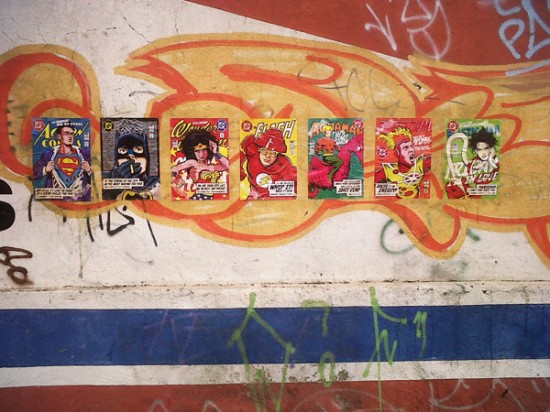 The artist poses some rhetorical questions:

What makes a pop culture icon? Would it be the effect of their contribution to a cultural movement? Is it the way they impact the time and the generation they are targeting? Or just how their exposure constitutes a defining characteristic of a given society or era?

And to that I’ll add: Do we consider their impact on other art forms (like these Joy Division and Smiths albums as books in poster form!) as evidence of their enduring legacy? 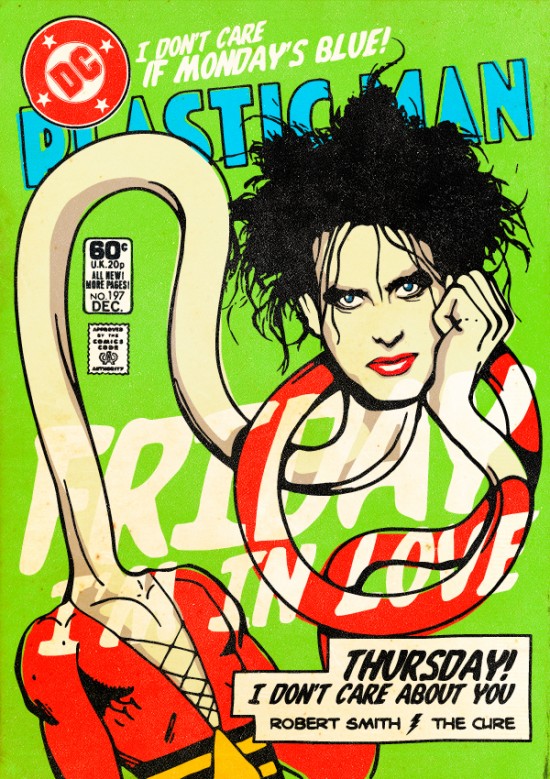 Growing up in the 80s, Butcher Billy was influenced by “everything from Saturday morning cartoons on TV to the music coming from the radio.” He continues:

Ian Curtis or Johnny Rotten are as iconic to me as Superman or Batman. Real people or imaginary characters, the incorruptible ideals of perfect superheroes or the human flaws and desires sometimes so desperately depicted in song lyrics–all of those influences affect us to the point of defining our character and personality, career paths and life choices.

I unequivocally agree with that! These artists and their music defines me to this day. 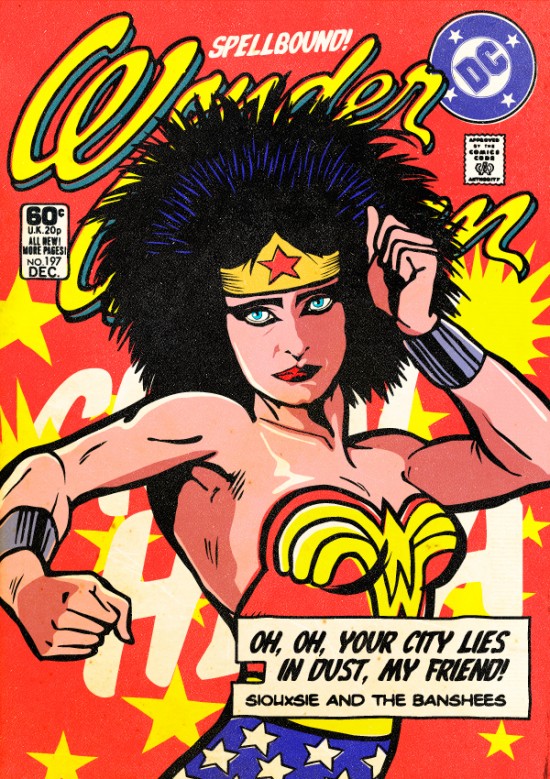 Billy concludes: “The references [to which] we are exposed and specifically the ones we choose to absorb make us who we are. Who are your heroes?”

All of the above of course! Butcher Billy’s new wave and post-punk superheroes are available as affordable art prints ($20 for an 8×10), T-shirts, gadget skins and more in his online shop. (While you’re there…sad sack gamers may enjoy his 8-Bit Smiths project and Clockwork Orange aficionados might delight in imagining what if Nickelodeon was into Ultraviolence?) 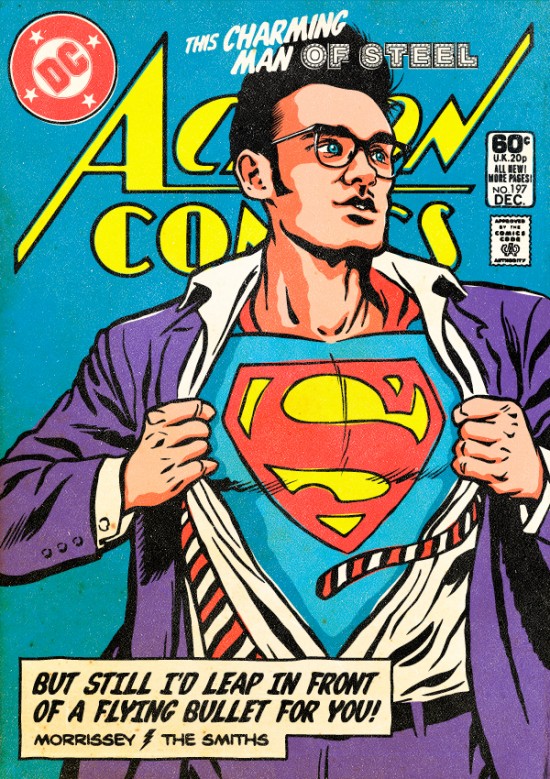 Click through for the rest of the post-punk superheroes, which do not (yet) include, but (hint, hint for future series) count among their contemporaries (a few suggestions) Peter Murphy of Bauhaus, Lux Interior of The Cramps, Marc Almond of Soft Cell, Mark E. Smith of The Fall, Nina Hagen, Lydia Lunch, James Chance… 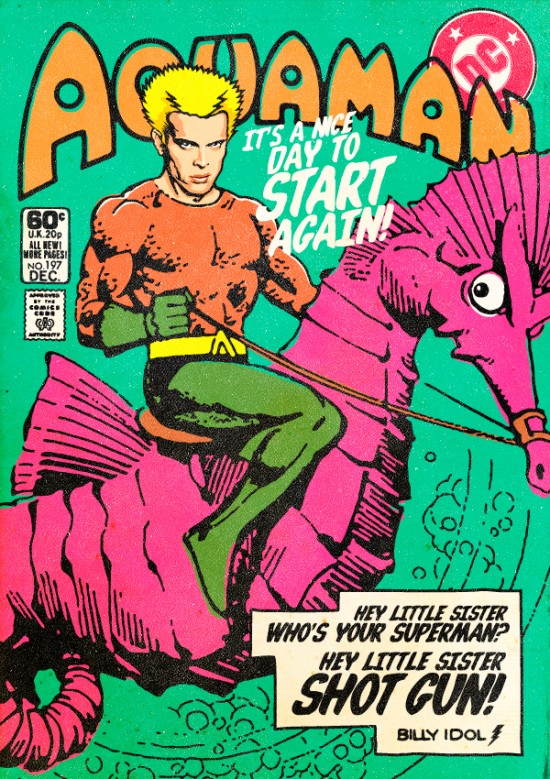 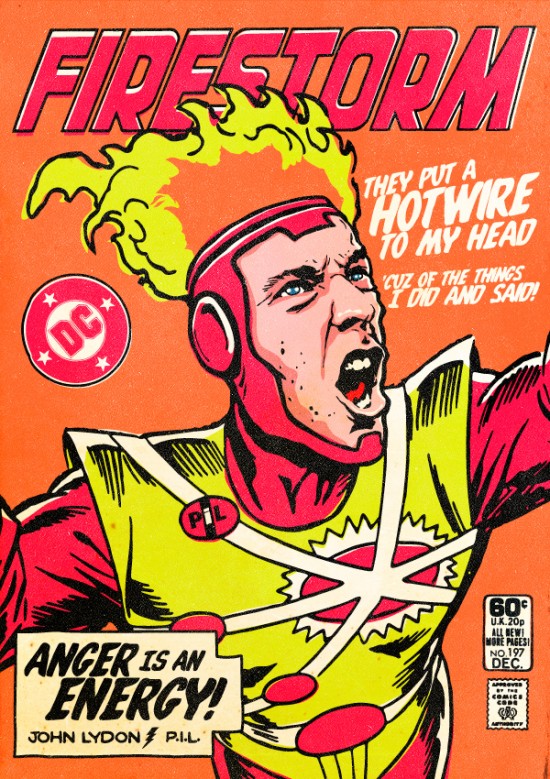 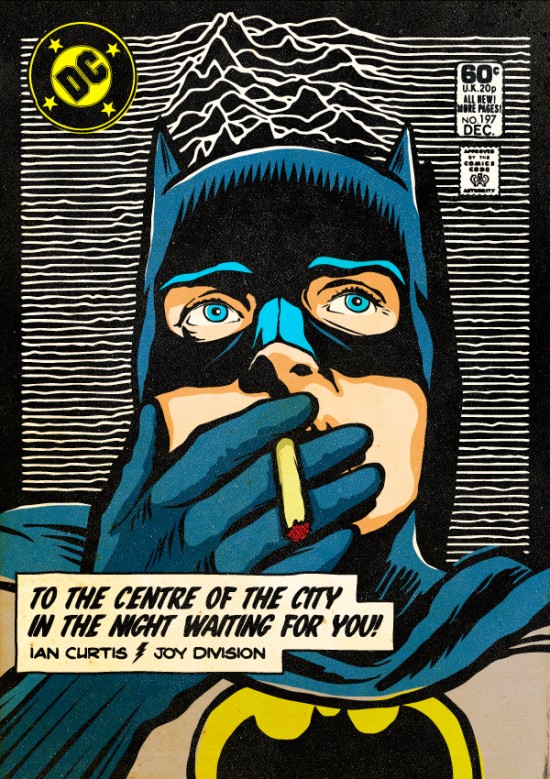 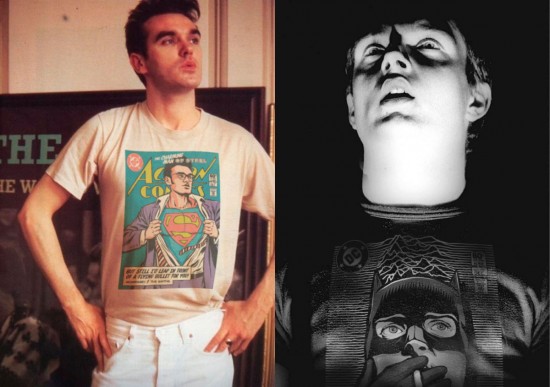