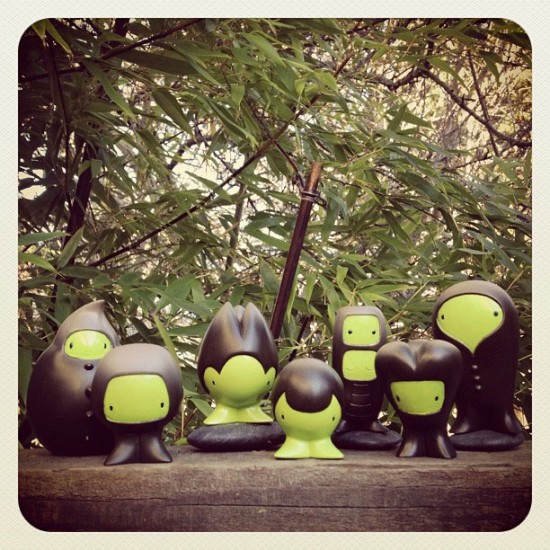 I briefly touched on Sergey Safonov‘s Flirps in the days leading up to DesignerCon, but since the leading graphic was an animated, pulsating, rainbow Luno, I understand that you may have gone into a trance and missed the memo. Safonov recently added the Flirps to his online shop, so we had a quick chat about his newest resin toys.

JB: So who are the Flirps?

SS: As characters: They are mini dwellers who (like the Moon Wanderers) live somewhere in the Gooma universe. They are the part of the story that wasn’t illustrated yet [due to time constraints], but it’s coming.

As toys: I always wanted to make mini-figures. Last year, there was a lot of discussion on the future of resin and what to expect from ‘the movement’. My idea was the mini series, and Flirps are the attempt to make a resin mini series.

Can you describe your creative process?

I always carry a sketchbook with me, and I often sketch while commuting. I spend about two hours a day on the train, so my sketchbooks filled with caracters like these or these and these or these. I have various types of characters: warriors, travelers, divine creatures, ghouls, fantasy animals, birds and simple mini characters that were named Flirps. There’s so many of them; I hope to continue this series. 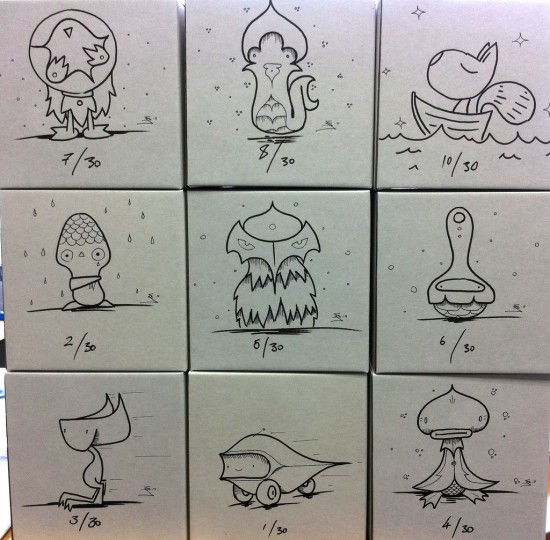 How did you come up with the names and what do they mean?

Their names are mix of simple syllables, gypsy numbers and other lingo. I don’t really think they need individual names. Even the series name ‘Flirps’ sounds better than the individual ‘Flirp’… 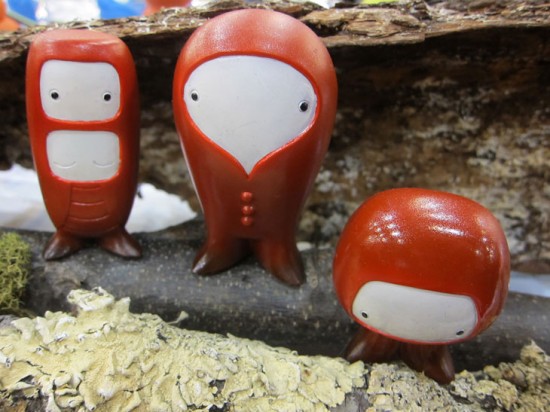 There you have it: socialist resins (just kidding) by Sergey Safonov. You can find the Flirps in your imagination in the Gooma universe or in reality in this online shop. Individual figures cost between $30 and $40 and can be made in your choice of red, blue or “chocomint”. Like Safonov’s other character designs, the Flirps have a quiet innocence and a sculptural charm. Naturally, I indulged in the entire fleet of chocomint (green & brown) Flirps.