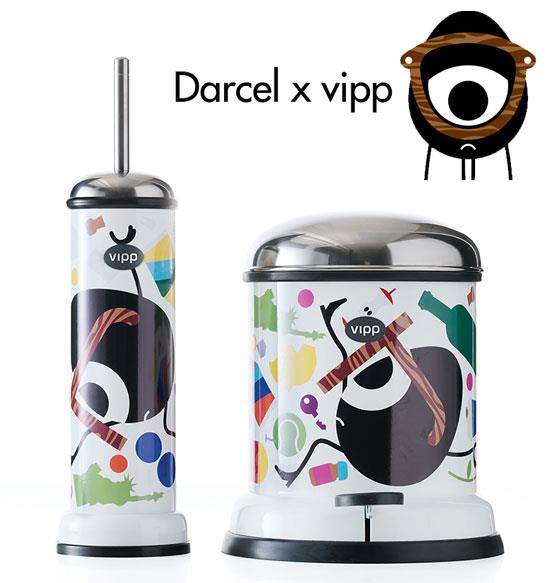 New York-based artist Darcel has teamed up with French design shop Colette and Danish pedal bin purveyors Vipp to realize a dream: skinning his own high-end trash can and toilet brush. 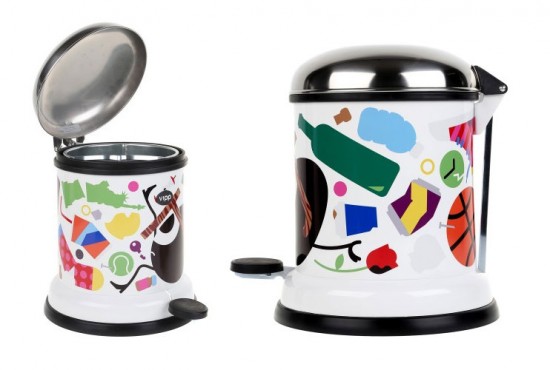 If you think this would be the first designer rubbish bin and shithouse scrubber to appear on my blog, you’d be mistaken. I first profiled Vipp’s minty green bins in “Danish Designers Have Lovely Cans.” Vipp made my radar again when they released a Damien Hirst bin that inspired me to write “For $588.95, you can ditch your detritus in a dumpster designed by Britain’s richest living artist!” 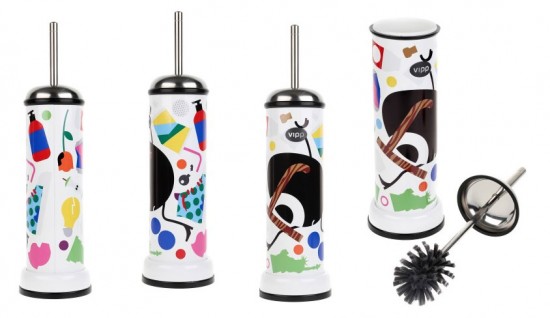 Steff Bomb even used a toilet brush to dress the Thanksgiving table in that episode of Craft Wars, so there you go. A lot of things sound better in French, and this is no exception: Set Poubelle de 4 litres et Brosse pour Toilettes. The Darcel x Colette Vipp bin and brush set is available exclusively through Colette for ~ $510 USD for people who import fancy trash cans from foreign countries right here.